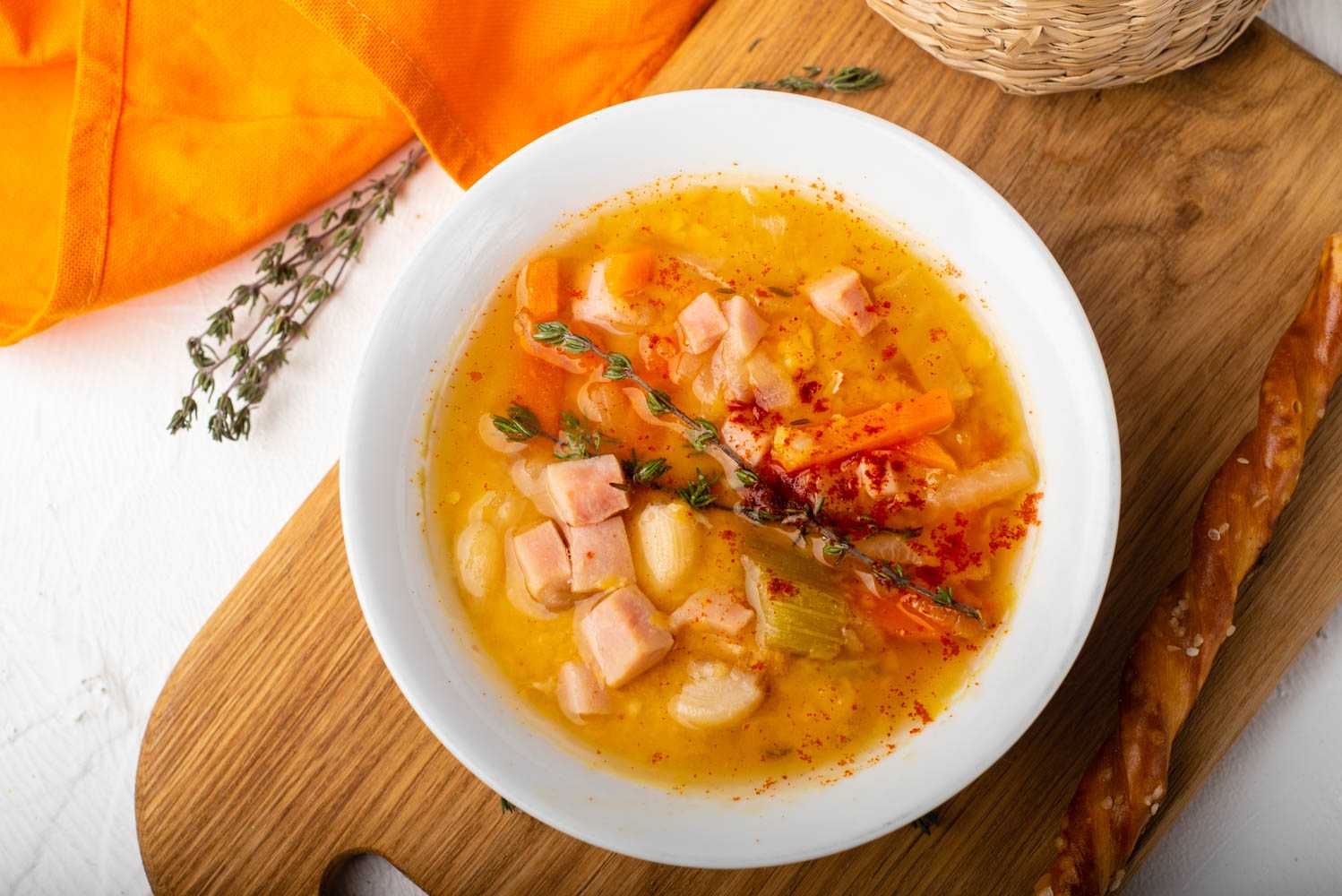 If you have some leftovers, making a soup is always a good idea. In springtime, you can reuse peas to make this easy recipe, together with ham and some fresh herbs.

This Instant Pot Split Pea Soup is suitable for any meal, both at home or in your lunchbox at the office and it is ready in less than 30 minutes, thanks to your pressure cooker, that will speed up the process.

Who said simple things cannot be exquisite like restaurant dishes? This is a great entree soup for Christmas and any special dinner :]

Do I Need to Soak the Split Peas Overnight?

Yes—this Instant Pot Split Pea and Ham Soup recipe requires that the split peas are soaked overnight, or for at least 6 hours prior to cooking. Pre-soaking significantly reduces the cooking time.

If you forget to soak the split peas overnight, don’t fret! This recipe should still work. Just increase the cooking time to 30 minutes and add a little extra broth to account for the extra liquid they might absorb. 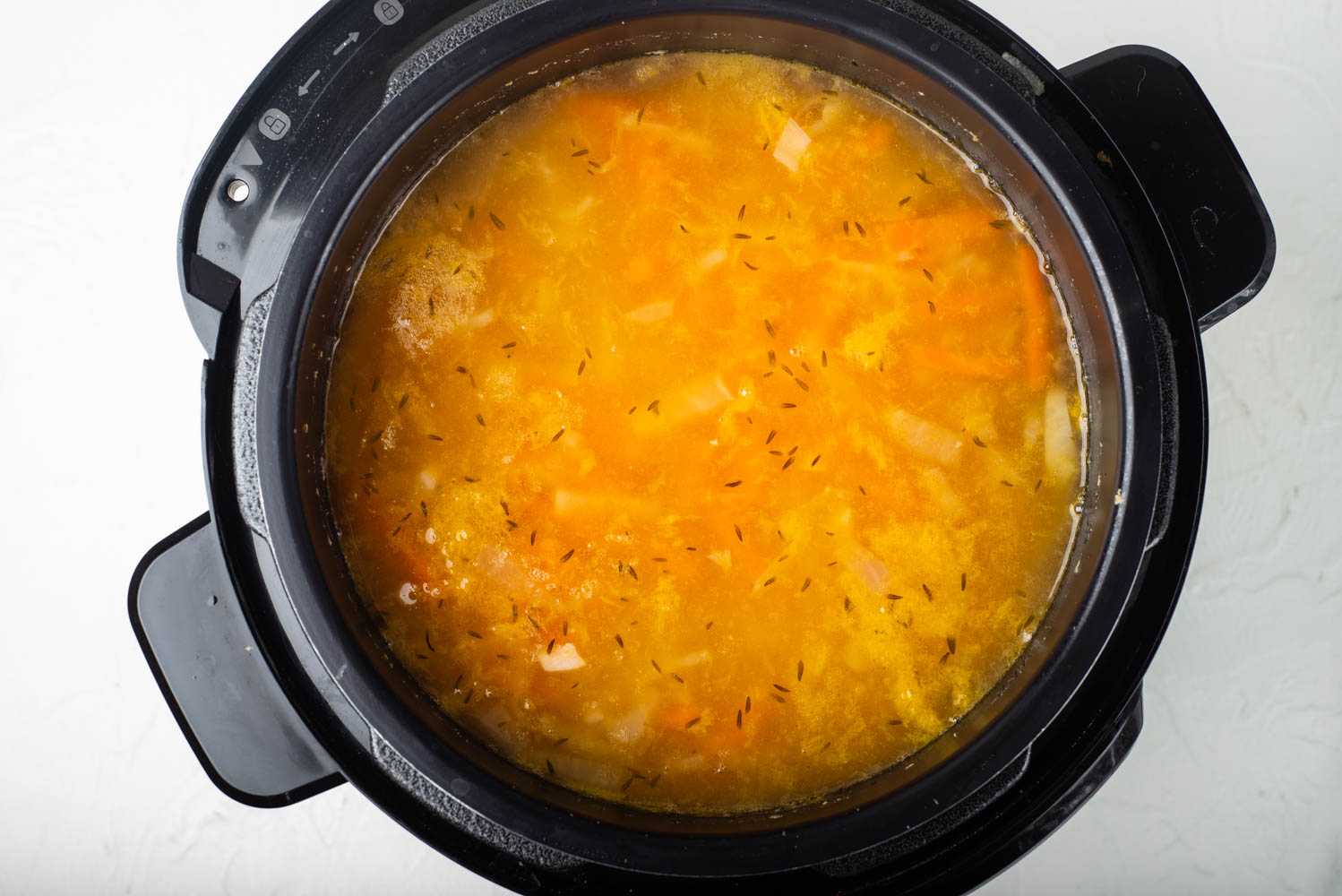 What Kind of Ham Should I Use?

For this recipe, opt for a thick ham steak rather than deli ham. Feel free to order a slab of ham at the deli counter.

You can also use ham lag as I used for the Instant Pot Glazed Ham recipe.

Can I Use Dried Thyme Instead of Fresh?

I prefer fresh thyme here, but you can use dried thyme if that’s what you have. Use 2 teaspoons.

Can I Use Navy Beans?

If you are into navy beans, try this Instant Pot ham and beans recipe.

Can I Use Regular Paprika?

Yes, you could, but it has a different flavor. Regular paprika is milder and sweeter than smoked paprika, which is made from smoked peppers and therefore has a nice smoky flavor that compliments the taste of the ham in this soup. 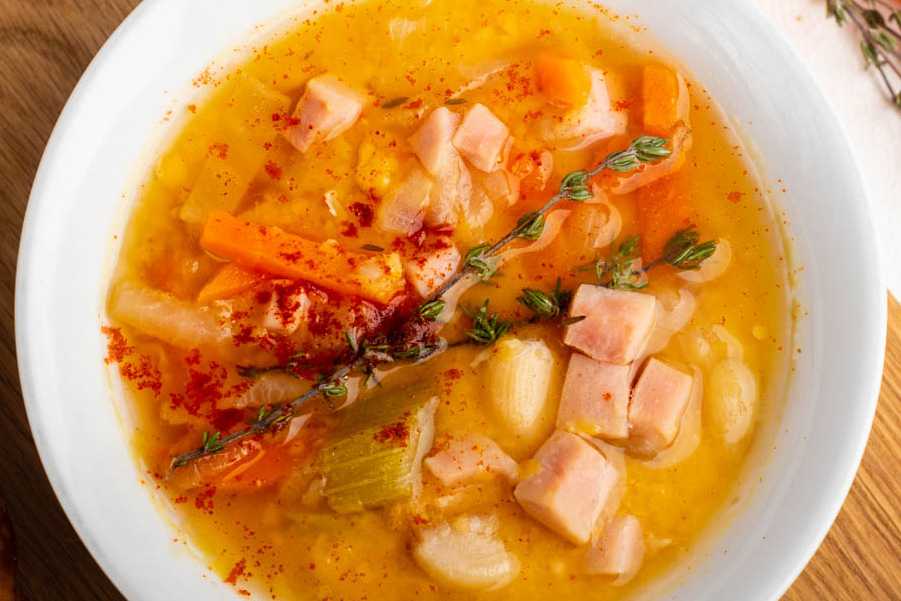 Don’t need absolutely need to use low sodium broth, but the soup will likely turn out too salty for your taste if you use regular store-bought chicken broth that is not low sodium.

We chose chicken broth here to best compliment the flavors of the ham. Beef broth would be too dark of a color and too overpowering. Normally recipes call for broth made of the same meat that is used in the recipe, but ham broth is hard to come by.

Can You Substitute Olive Oil?

You can substitute the olive oil with vegetable oil or any other neutral cooking oil. I like to use 2 tablespoons bacon fat instead of olive oil. It adds a little extra smoky pork flavor that I just love in this split pea and ham soup recipe! 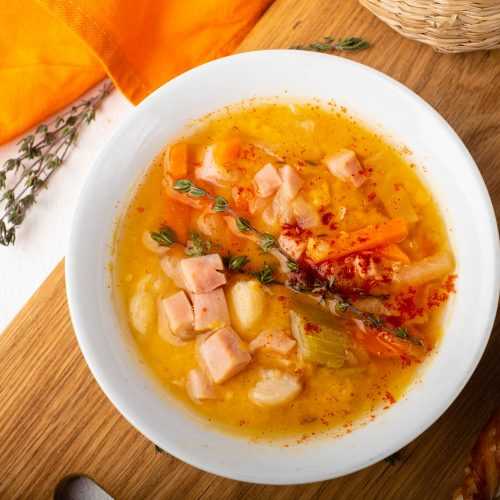