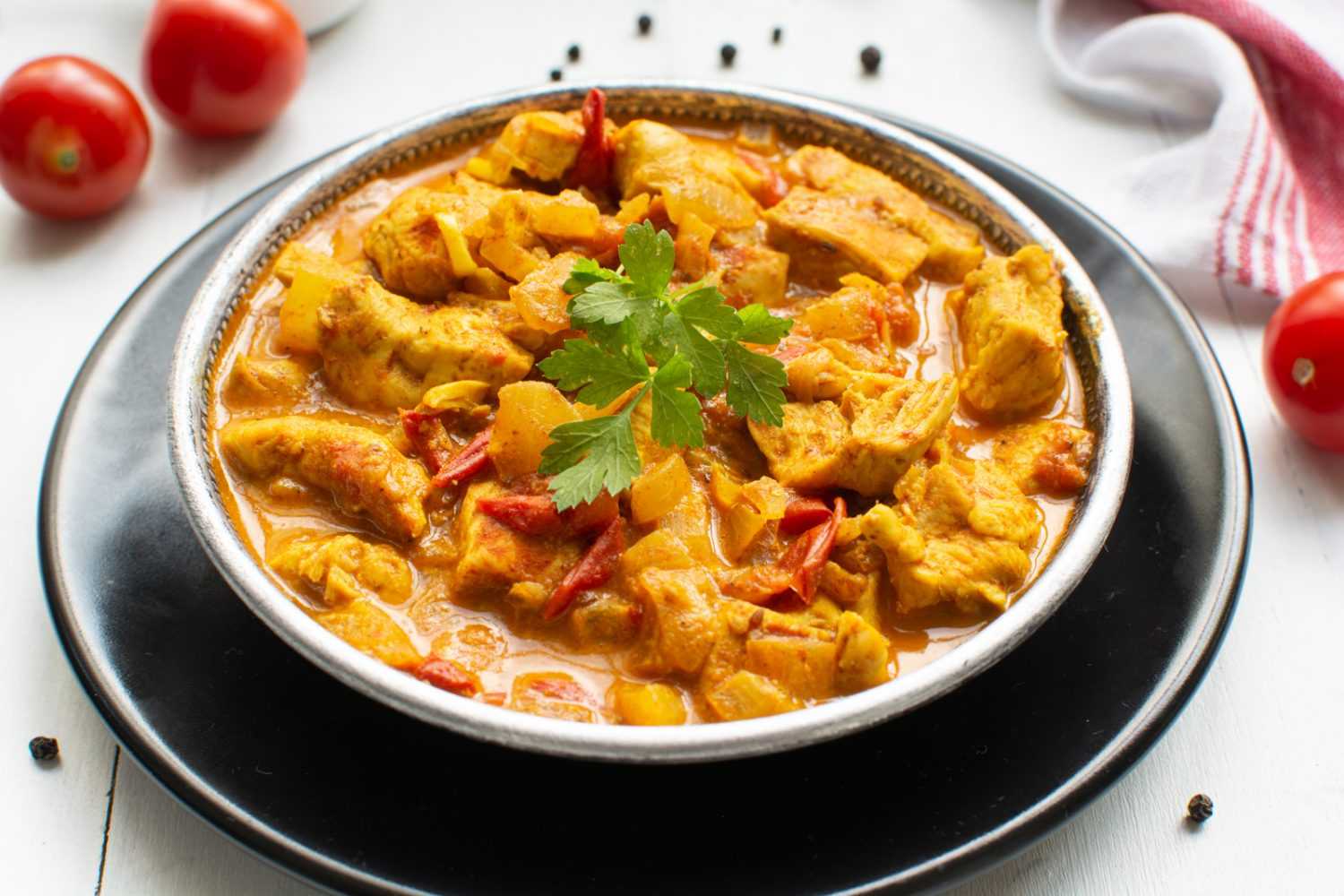 It features chicken and spices in a creamy curry sauce. This recipe is colorful, rich, and absolutely bursting with flavor. This hearty meal, packed with spices, is beloved all around the world.

The exact history of the dish is unknown. It might have first been made as a variation on Butter Chicken, a similar curry dish from Northern India.

The dish may have actually first been prepared in Great Britain, among the Indian immigrant community. What we do know for sure is that Chicken Tikka Masala is now well-known as one of the most popular representations of Indian cuisine.

Simmering the chicken for Tikka Masala in the traditional manner requires quite a bit of time. However, that’s where our favorite magical kitchen appliance comes in: if you choose to prepare this recipe in your Instant Pot you’ll be amazed at how fast and simple it is.

The end results are astonishing. We’re talking about melt-in-your-mouth chicken. Simmered and soaked in a curry sauce that features the best possible spice mix you could imagine.

You can serve Instant Pot Chicken Masala with traditional Indian Naan bread or with jasmine rice. Both are typical features in Indian cooking, using the bread or rice to soak up and complement the rich curry sauce.

Which Chicken Parts are Best to Use in Chicken Tikka Masala?

The easiest choice for chicken parts is to use chicken breast. Chicken breasts are firmer than other parts of the bird. So, they tend to hold their shape well during cooking.

If you happen to have some skinned and deboned chicken thighs available, those are fine to use as well. Just make sure that your chicken pieces are cut into portions of roughly equal size. This will ensure even cooking across the pieces. 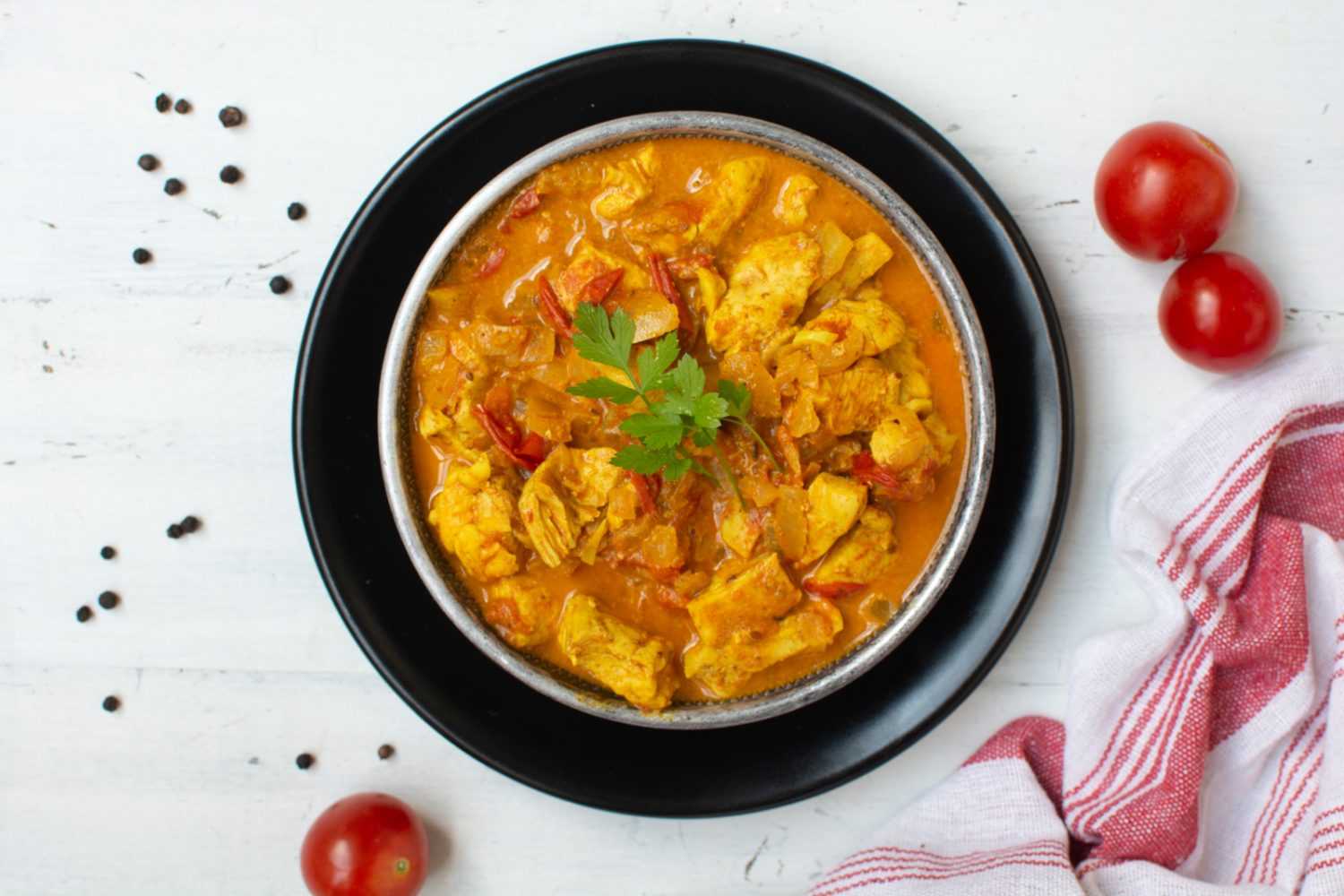 What Spices Should be Included in Chicken Tikka Masala?

Indian cooking is chock full of wonderful spices. So, a traditional Chicken Tikka Masala preparation will include quite a few spice ingredients.

If you can’t get your hands on every spice included in the ingredients list, that’s okay. However, there are a few that you should really prioritize if you want to capture the true flavor essence of this dish. Those key spices are:

If you’re able to include those four ingredients, you’ll be on your way towards achieving the delicious spice medley that characterizes Chicken Tikka Masala.

How to Peel the Ginger?

Fresh ginger fits in nicely with spice blends like the one we use in a Tikka Masala sauce. And this zesty and dynamic root is super easy to work with.

The easiest way to peel ginger is with a spoon. You simply scrape the ginger with your spoon — the outer layer falls right off. This is a much quicker method than using a knife.

Check out this video for simple instructions on how to quickly peel ginger:

Do I Need Coconut Milk for Chicken Tikka Masala?

Yes, you do. Coconut milk is a key ingredient in Chicken Tikka Masala for both flavor and consistency. It provides a nice, subtle flavor while also thickening the curry sauce.

If you have cashew milk that you would rather use, you can substitute that in. However, don’t go with plain dairy milk.

Looking for an extra creamy sauce? Feel free to throw in a 1/4 cup of coconut yogurt in addition to the coconut milk.

Can I Use Canned Tomatoes for Chicken Tikka Masala?

For this Instant Pot Chicken Tikka Masala recipe, I use fresh tomatoes. They provide great flavor as well as a bit of texture. If you’ve read a lot of my recipes, you know that I usually prefer to use fresh tomatoes over canned.

However, if you want to, you can use canned tomatoes for this recipe. Either fire-roasted or chopped tomatoes will do just fine.

If you do opt for cans, just make sure that you reduce the broth by 1/4 cup, or else you will end up with a bit too much overall liquid. Remember, this curry is going to be nice and rich, not watery.

How to make Chicken Tikka Masala

Gather up all of your ingredients: 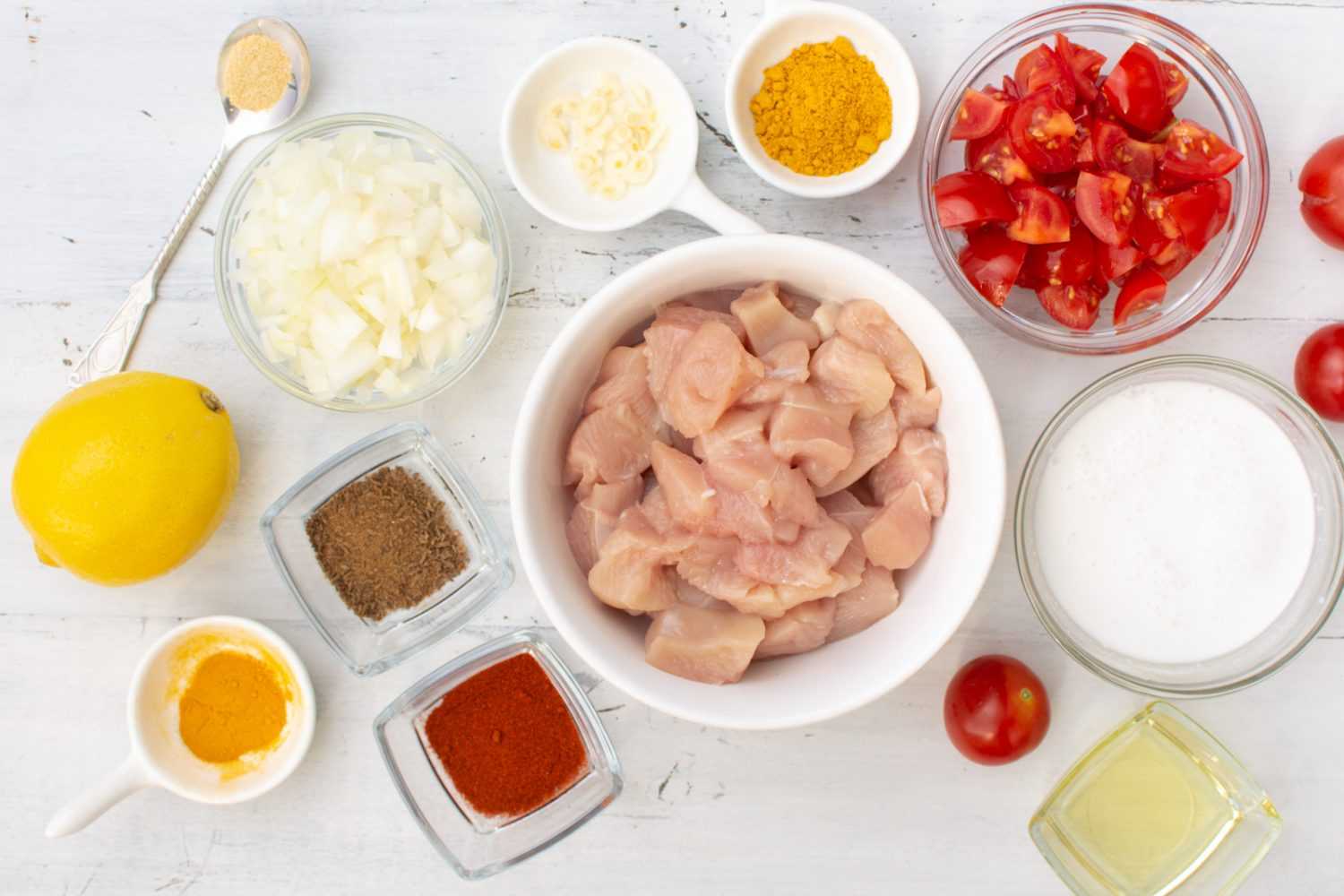 Select the Sauté setting on your Instant Pot. Throw in oil, garlic, ginger or ginger powder, and cumin.

Cook the ingredients in the oil for 30 seconds while stirring. Add in the spices and onions and saute for 3 more minutes. 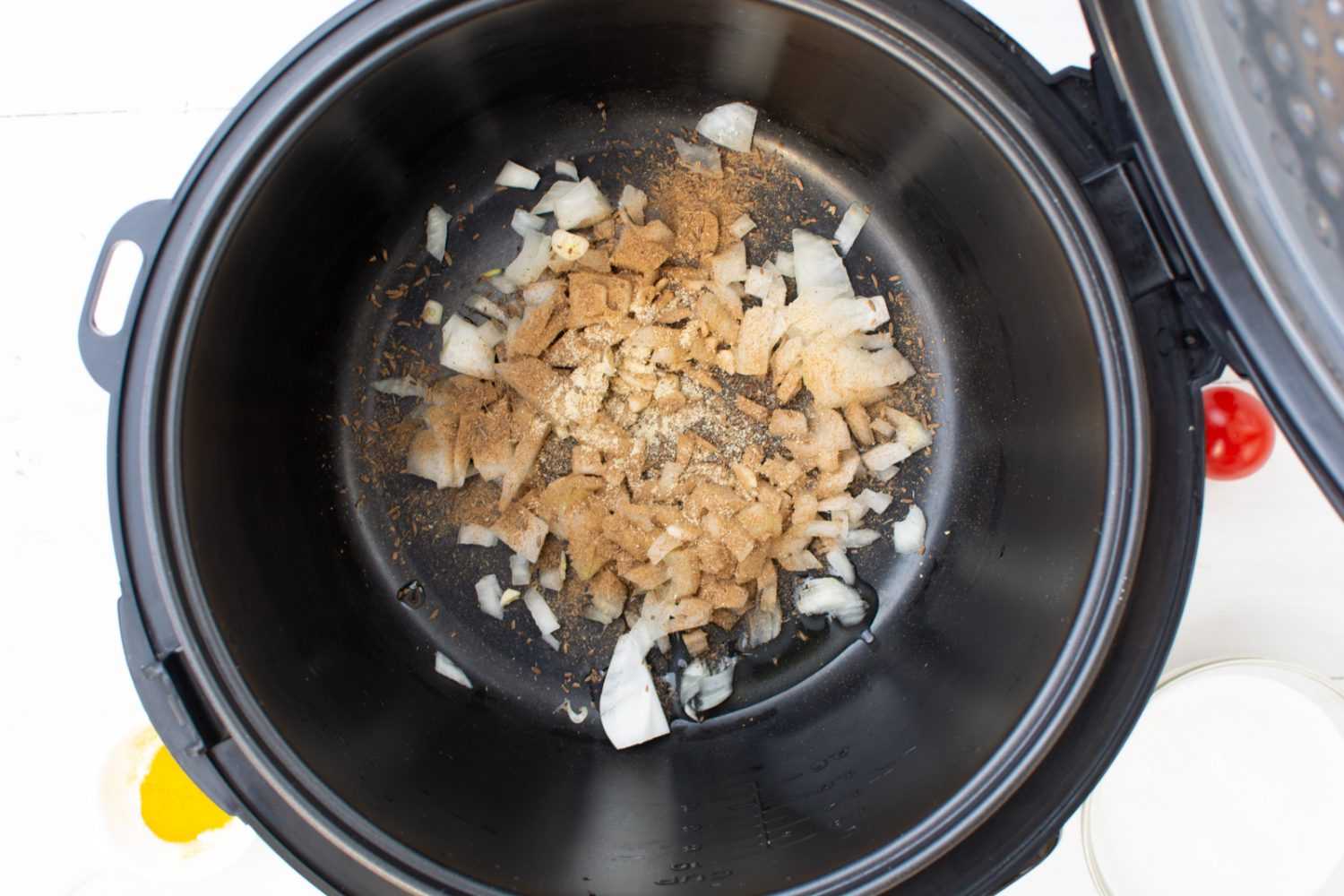 Add the chicken breasts and tomatoes to the pot. Brown the chicken a bit, then pour in the broth. Stir well, then add in the rest of the spices. 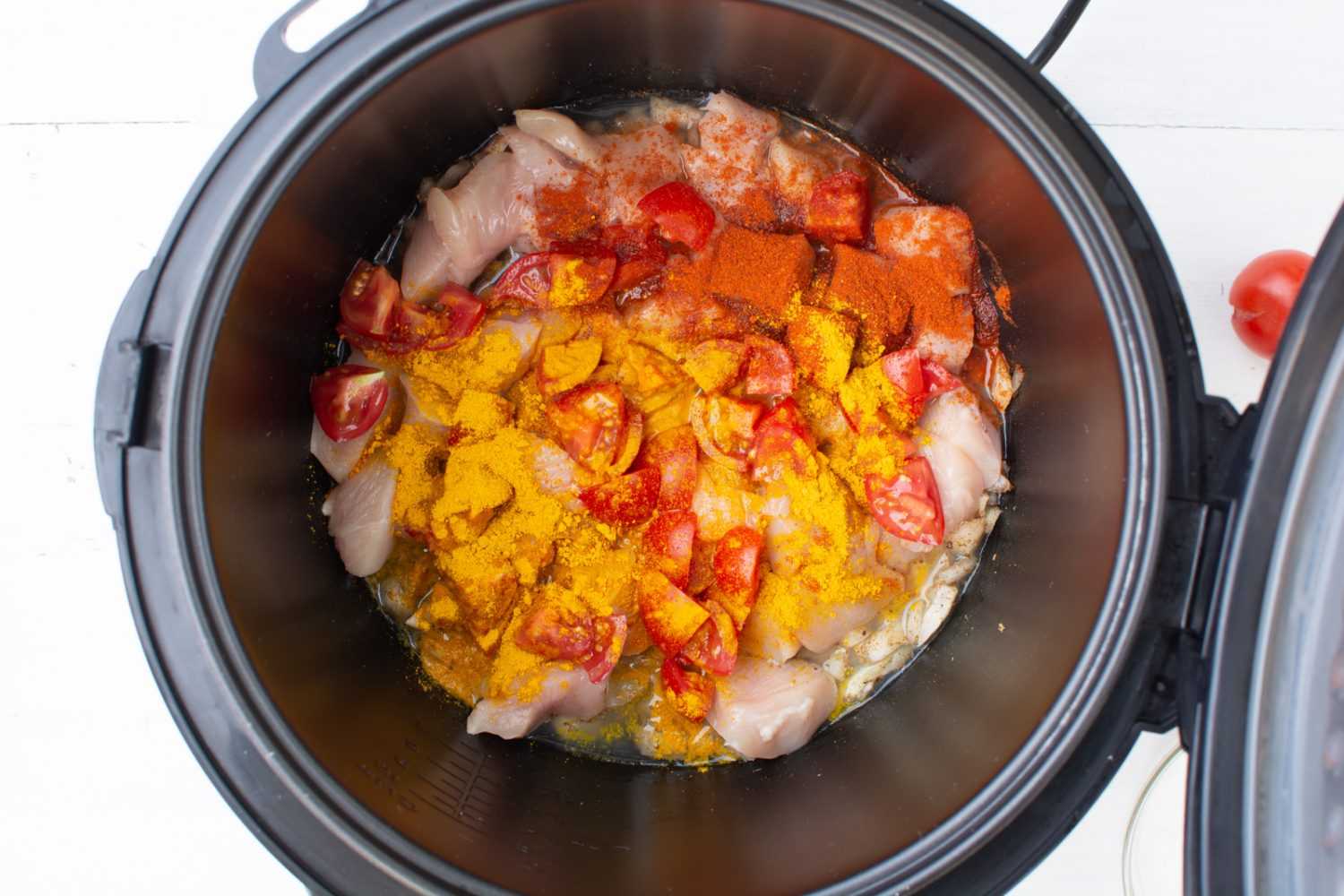 Lock the Instant Pot lid into place and select the High Pressure setting. Cook for 7 minutes. Once the cooking cycle is complete, perform a quick pressure release.

Then, stir in the coconut milk. 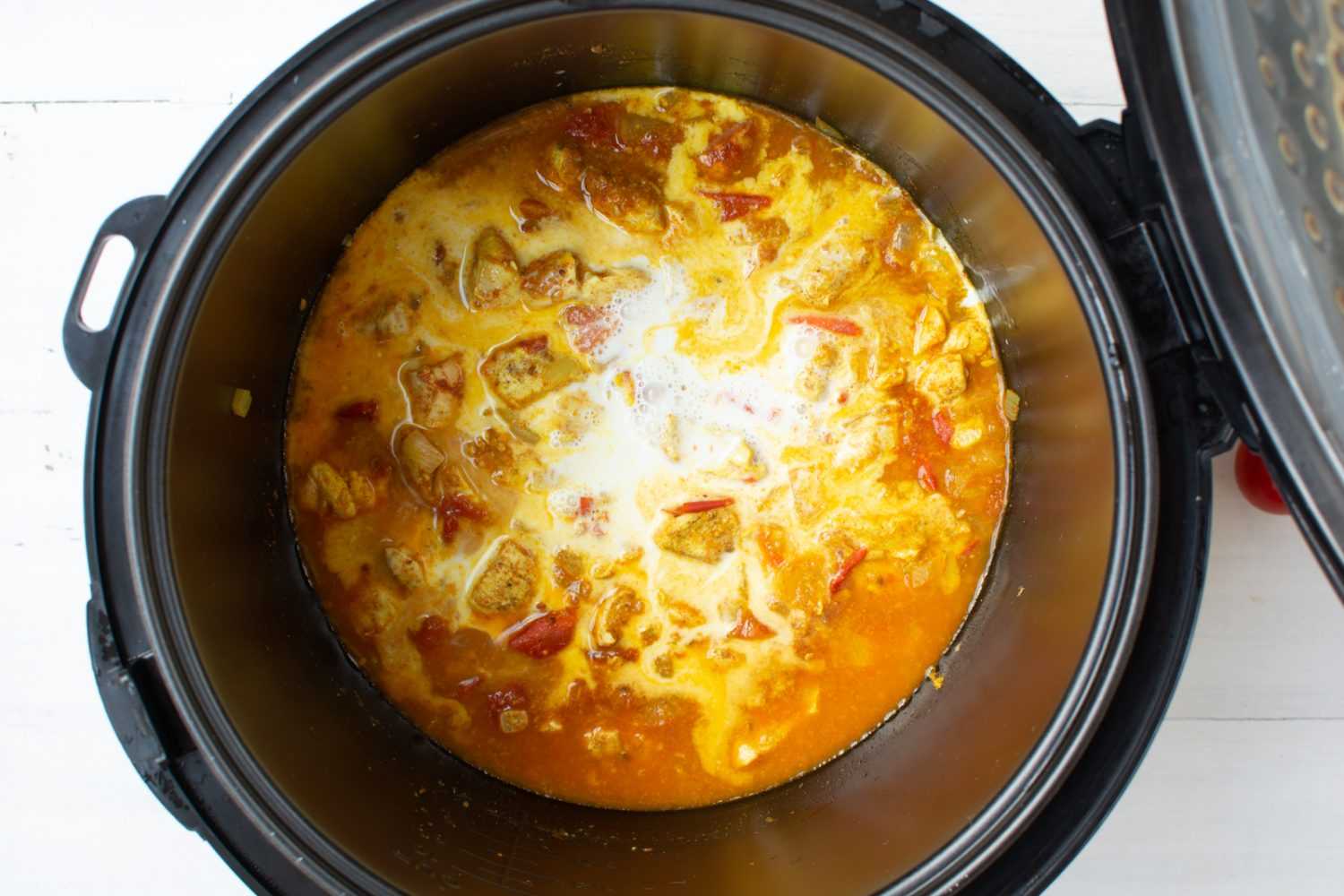 Simmer with the Instant Pot on its Saute setting for 5 minutes. Then stir in the lemon juice.

Serve the dish warm. Serve the curry over rice or along with a traditional Indian bread such as Naan.

This is a dish that’s likely to please everyone. It’s rich, aromatic, and so full of all the flavors that characterize Indian cooking. Plus, the chicken comes out perfectly after soaking in the curry sauce in your Instant Pot.

If you like this recipe, then keep on exploring. You can make all sorts of curries and stews in the Instant Pot, with amazing results. Compared to traditional methods, it’s often less work, but the meals come out tasting fabulous.

Looking for another great chicken curry dish? Check out my recipe for Instant Pot Butter Chicken. This is another bold and flavorful curry dish from Northern India. It’s similar to Chicken Tikka Masala but uses a buttery gravy made with dairy rather than coconut milk.

With these spicy curry recipes from India, you really can’t go wrong.

And if you’re just getting started with trying out Indian recipes, there’s a whole world of great curries waiting for you. There are lots of Indian recipes similar to Chicken Tikka Masala. But in each one, you’ll find a unique blend of spices and flavors.

See below for the full ingredients list and step-by-step instructions for your Instant Pot Chicken Tikka Masala. 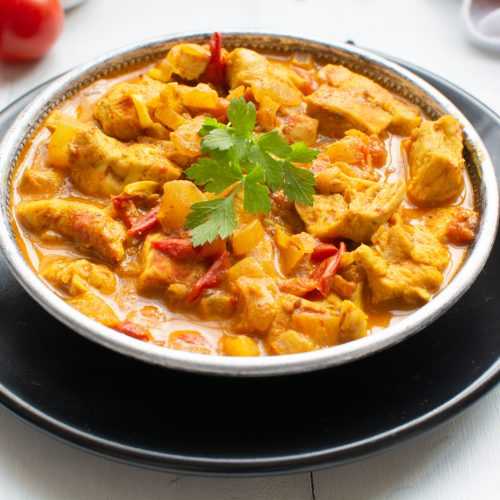 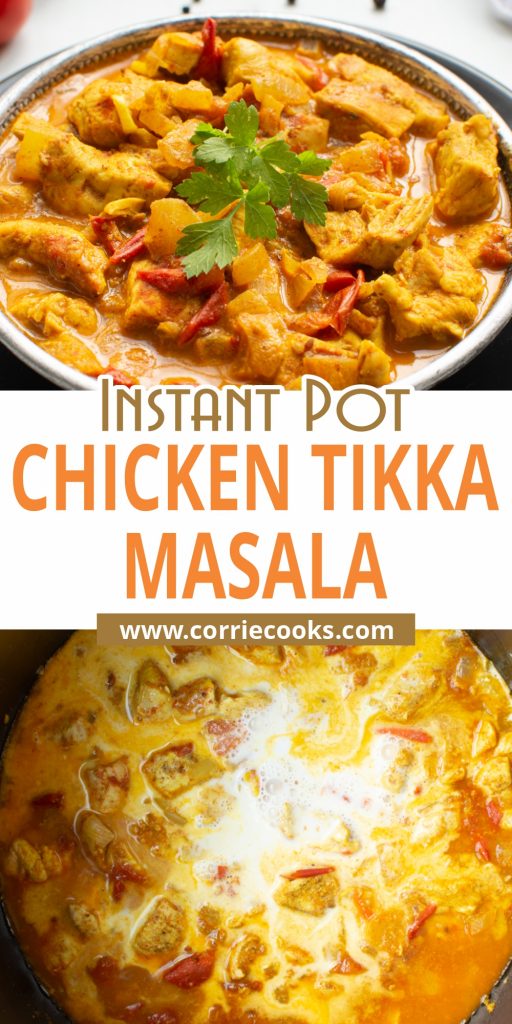 629 Shares
Pin
Share
This recipe is part of our 1001 Instant Pot recipes project, a huge collection of free, easy and delicious recipes. 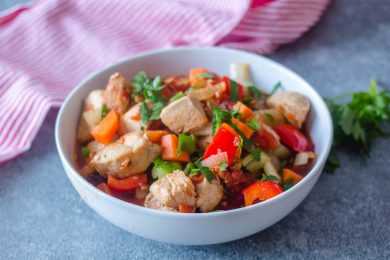 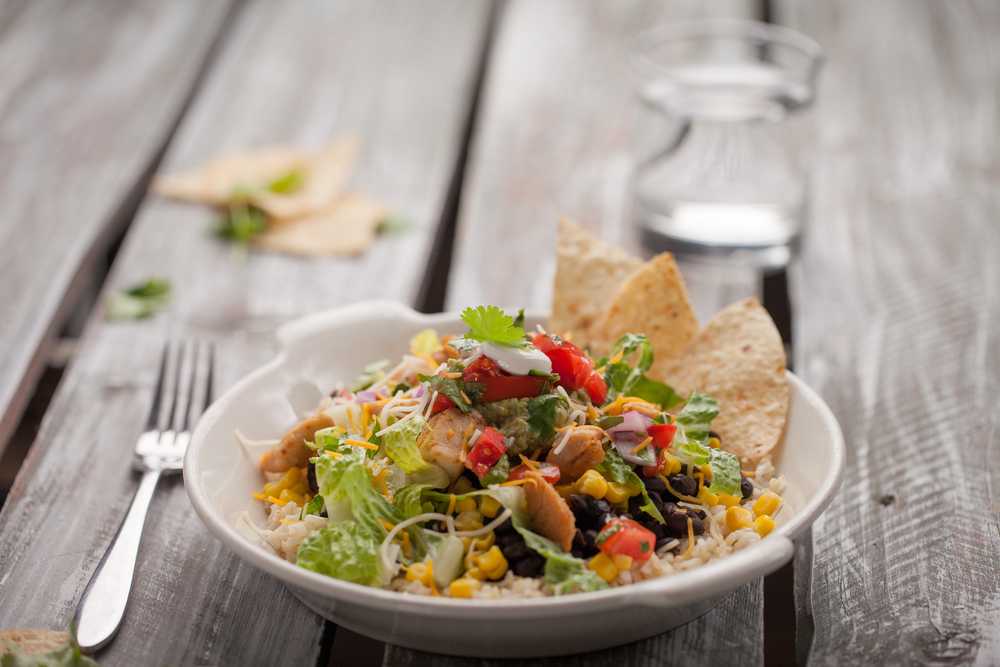 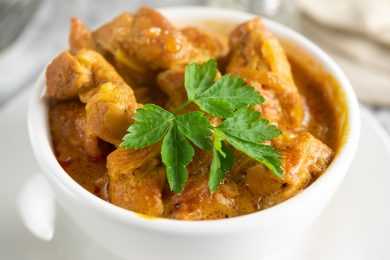 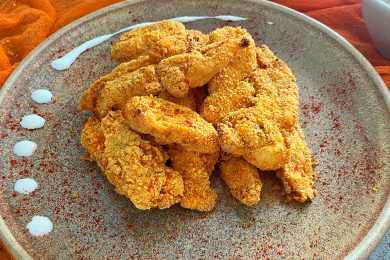 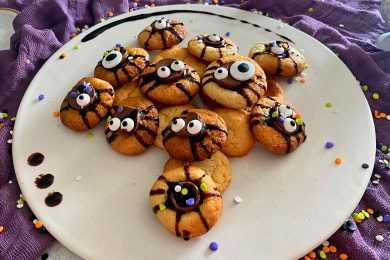 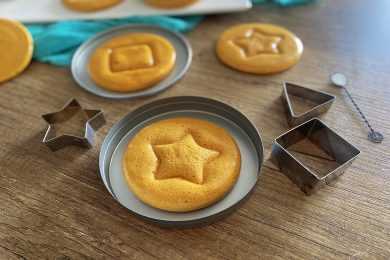