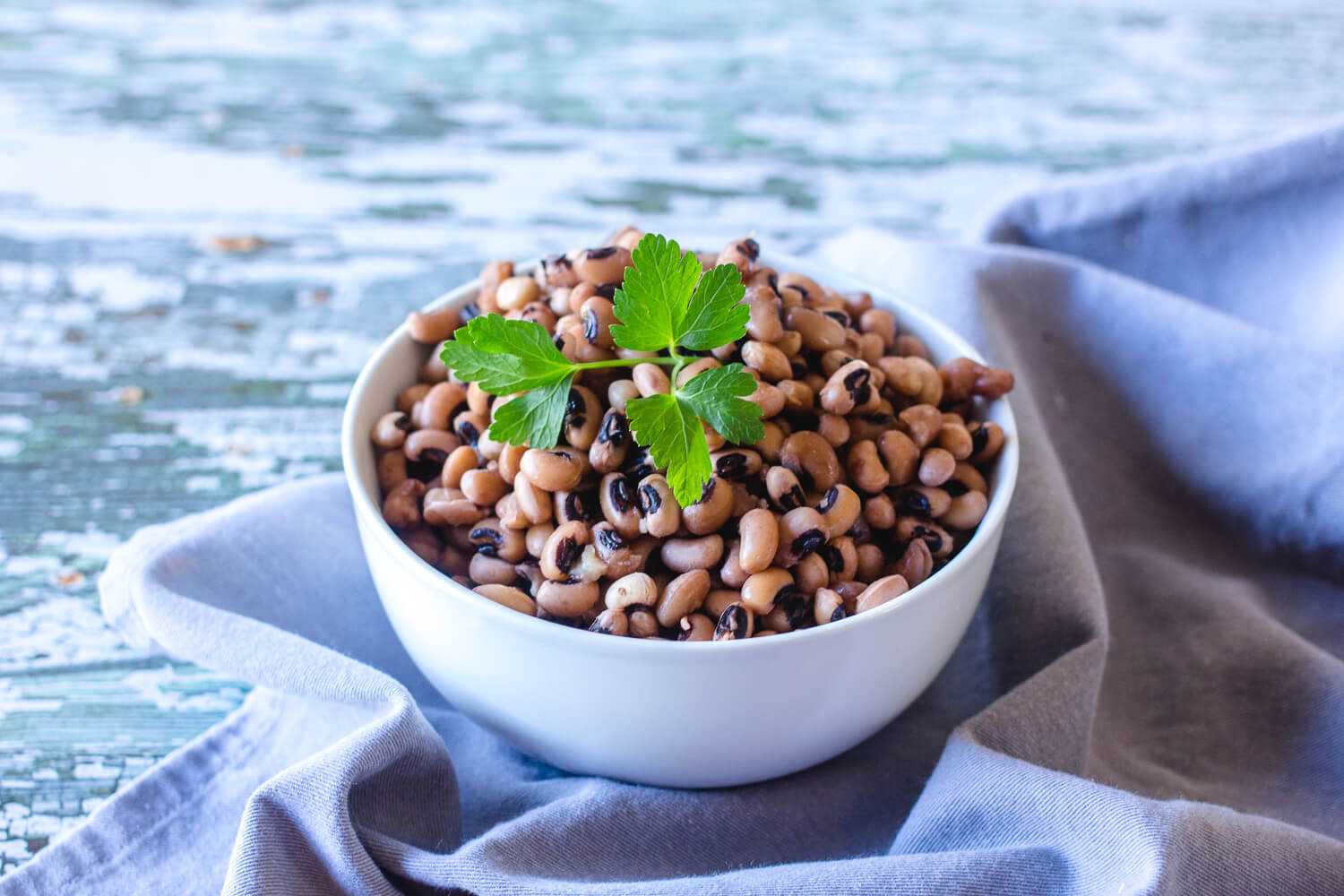 It’s time for friends and family to gather around the dinner table and share a hearty laugh or two over a delicious New Year’s lunch. And no meal is complete without a filling portion of Instant Pot black eyed peas.

Black eyed peas are delicious, nutritious, and thanks to the pressure cooker, they have a cook time of less than an hour — no pre-soaking required! Making black eyed peas or any other recipe with beans or lentils using the Instant Pot is super easy and saves a ton of time.

Part of the legume family, black eyed peas are low in fat and packed with protein and dietary fiber. In addition to their high nutritional value, black eyed peas are extremely economical and versatile. If you like beans, you should definitely try this Instant Pot Black Eyed Peas recipe.

The Secret to Amazing Black Eyed Peas Is the Instant Pot

Black eyed peas are a perfect holiday stable, but they can take a long time to cook using old-fashioned methods. Most traditional recipes require soaking the peas in water over night before cooking. Then, you will need to simmer the peas for another 60-90 minutes after they’ve been soaked.

So in this case, the Instant Pot saves you at least 6 hours! 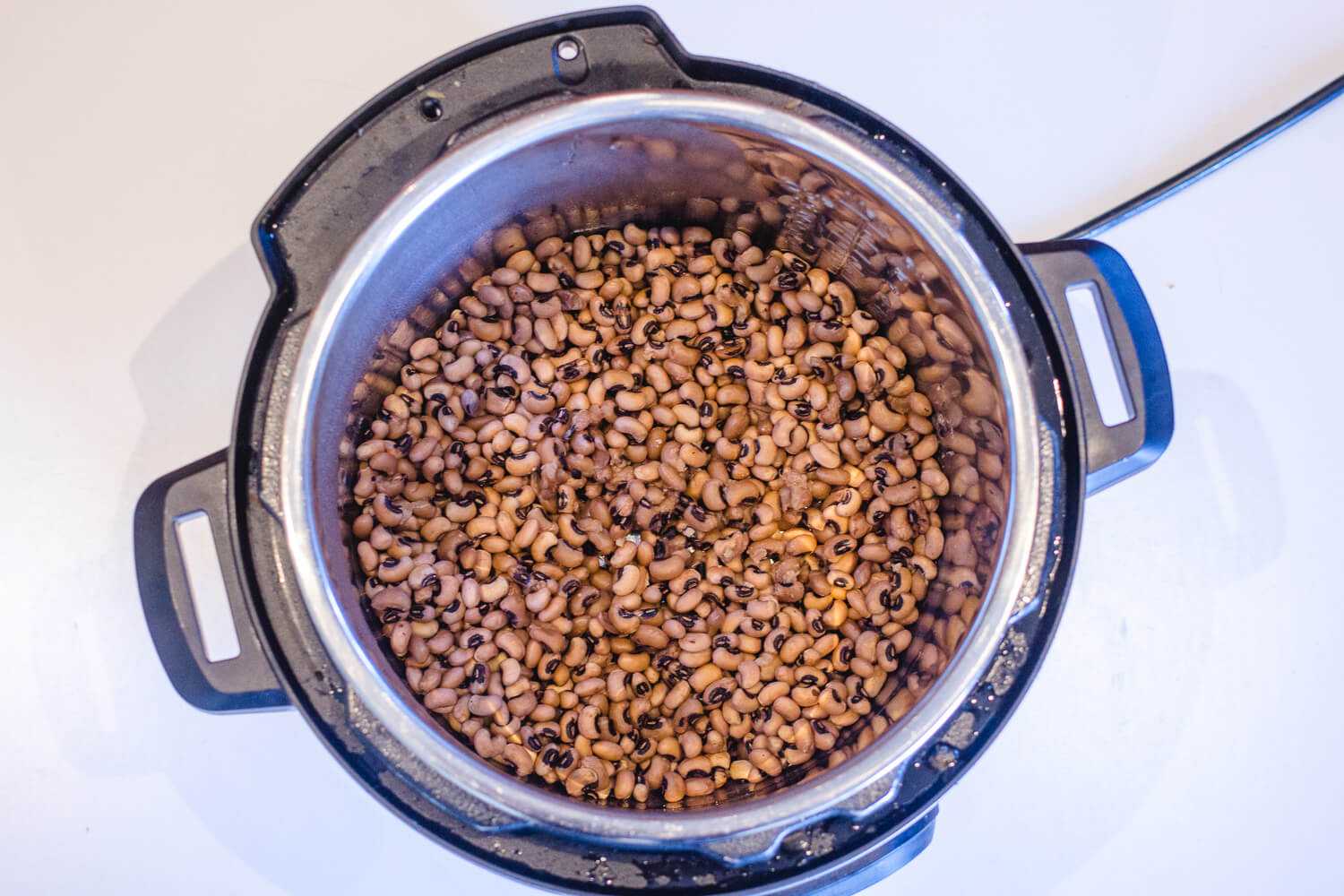 Do I need to soak the black eyed peas for this recipe?

No! I tried soak them before and didn't notice any different in taste.

Your Instant Pot is the secret to making amazing black eyed peas because it shortens the cooking time to 25 minutes without the need for soaking. The black eyed peas taste just as great, and you’re spending more time with your loved ones enjoying the food instead of preparing it.

So if you are into easy Instant Pot recipes, this one is for you.

Where Do Black Eyed Peas Come From?

You can get black eyed peas from almost any market in the world because of the bean’s rich history - almost as rich as its flavor.

Since black eyed peas are so versatile, they’ve been used in almost any recipe you can imagine, from chili to soups — and even added to baked goods like bread. In the United States, one of the most classical black eyed pea dishes is the Hoppin’ John.

A Hoppin’ John is a classic dish from South Carolina, conceived during the early 19th century. There are multiple versions of this dish, but the essential ingredients are peas, rice, and pork or bacon. The peas and meat are simmered in a pan or pressure cooker with an assortment of vegetables and seasonings until tender, then served over cooked rice. 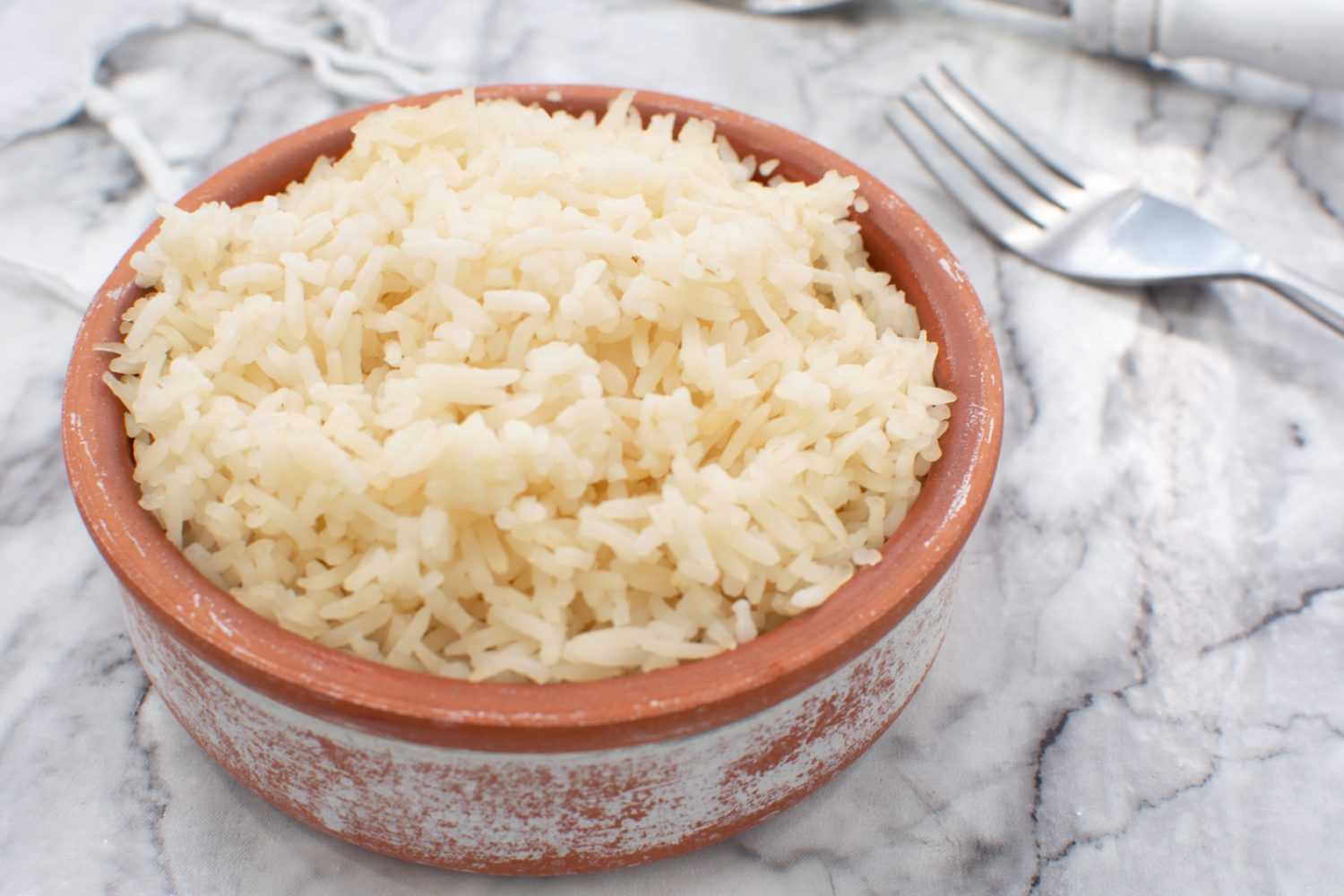 It’s not clear where exactly the name Hoppin’ John comes from, but it’s considered a traditional meal to eat on New Year’s Eve because it’s said to bring good luck for the coming year.

Yes! But don’t just take my word for it. Here’s what Cliff had to say about black-eyed peas with rice:

Before You Start Cooking

Before you start cooking an Instant Pot recipe featuring black eyed peas, check if you should use canned or dried peas.

Fresher peas are better, so get your supply from a locally-sourced farmer’s market. If locally-grown is not an option and you buy your peas from the grocery store, rinse off the peas before you start cooking in an Instant Pot.

Note: It’s common for packaged peas to contain small pebbles from the planting soil where they were grown. Nobody likes pebbles in their food. So remember to take 15 minutes or so to clean your Instant Pot black eyed peas before cooking them. 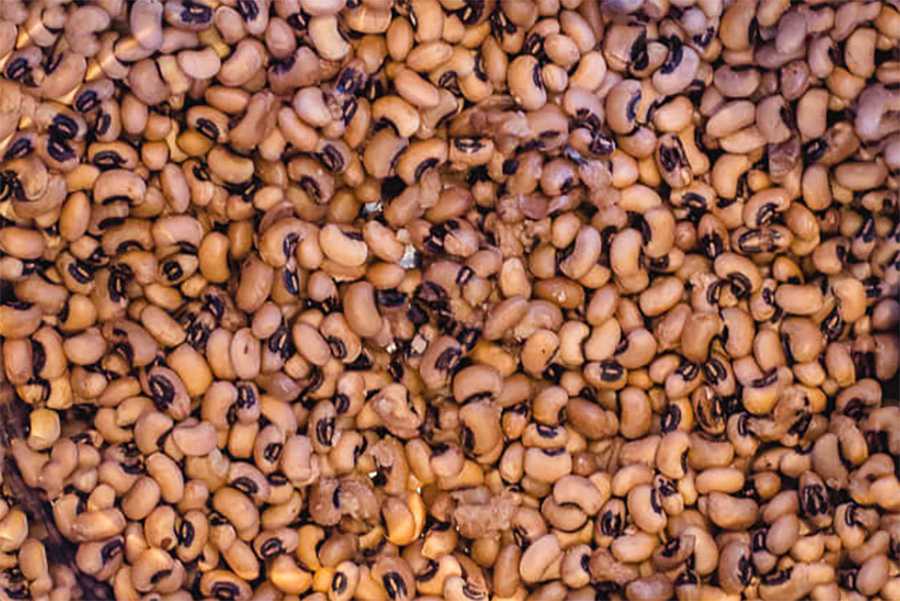 Can I Use Canned Black Eyed Peas for This Recipe?

This recipe is meant for dried beans. Canned beans are already cooked, so they don’t need to be cooked further in an Instant Pot before eating.

Can I Add a Ham Hock?

Yes! Adding ham hocks while cooking black eyed peas is highly traditional and adds a ton of flavor. Hock or ham bone is part of a pig’s leg that adds a yummy flavor to broths. But, not all Instant Pot black eyed peas recipes call for a ham hock.

If you’re trying this black eyed pea recipe for the first time, you can also add a few pieces of diced ham in case you don’t have a ham hock. Or, you can add a modern twist to your recipe by throwing in some bacon for a smoky pork flavor — bacon is a real crowd-pleaser!

What Should I Serve With Black Eyed Peas?

As I mentioned earlier, Instant Pot Black Eyed Peas are extremely versatile! I like to serve them with cooked kale. They also make an excellent side dish for maple-glazed ham. 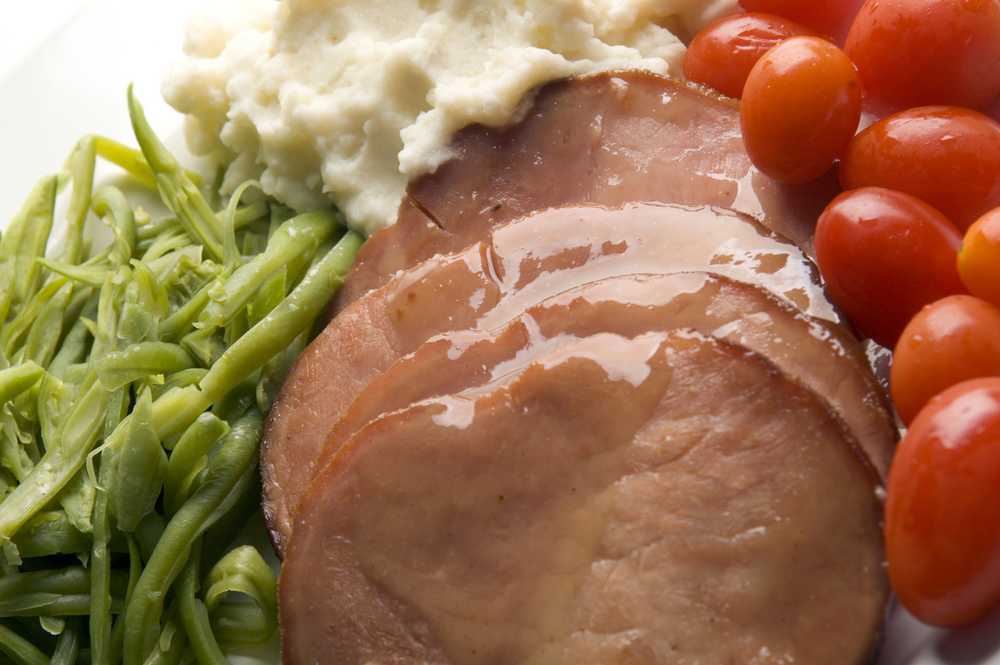 Which broth should I use?

Feel free to use any broth or stock you want: Chicken stock, beef broth or even vegetable stock.

You can even make your own homemade Instant Pot Chicken Stock!

How Do I Add Flavor If I Don’t Eat Meat?

If you’re not a meat-eater, there are other ways to add more flavor to your vegetable broth, such as putting in a bay leaf.

Just be sure to remove it from the dish before serving!

Can I Freeze Black Eyed Peas After Cooking?

Yes! After being cooked in an Instant Pot, black eyed peas are very easy to store in the freezer. Just put them in a freezer-safe container and top with enough cooking liquid to fully cover the beans. You can label the container with the date and store it for up to 4 months!

How Can I Make a Smaller Batch?

Simply half the amount you make (½ pound of black eyed peas and 3 ¼ cups of broth) and keep the cooking time the same (25 minutes + natural release).

You should also consider making a full batch and freezing the extras! 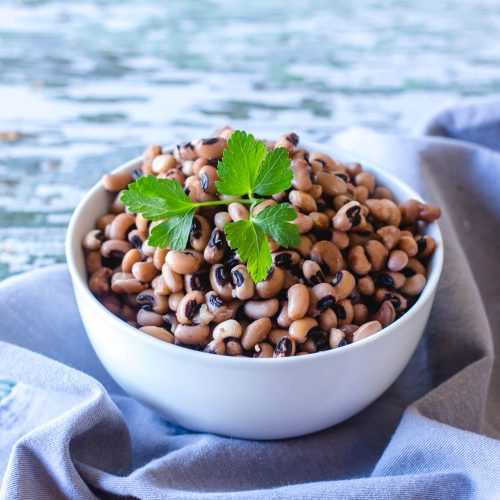 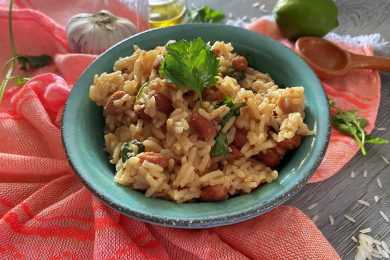 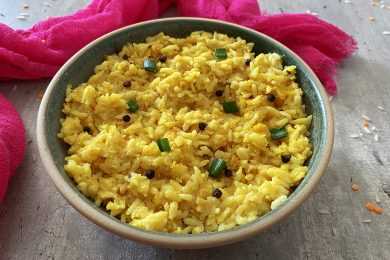 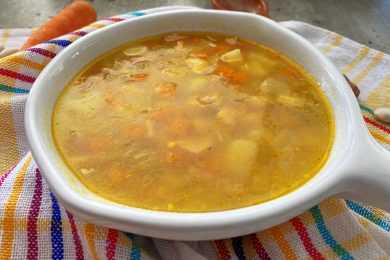 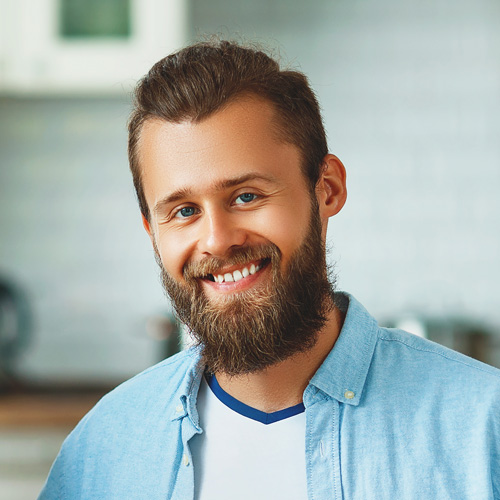 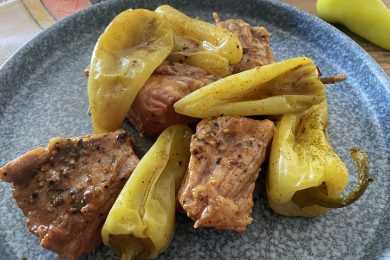 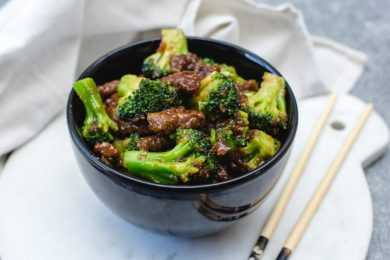 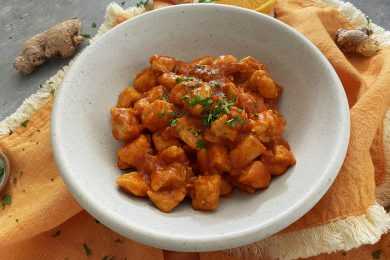