Does a Pressure Cooker Need Water Every Time For Everything You Cook? 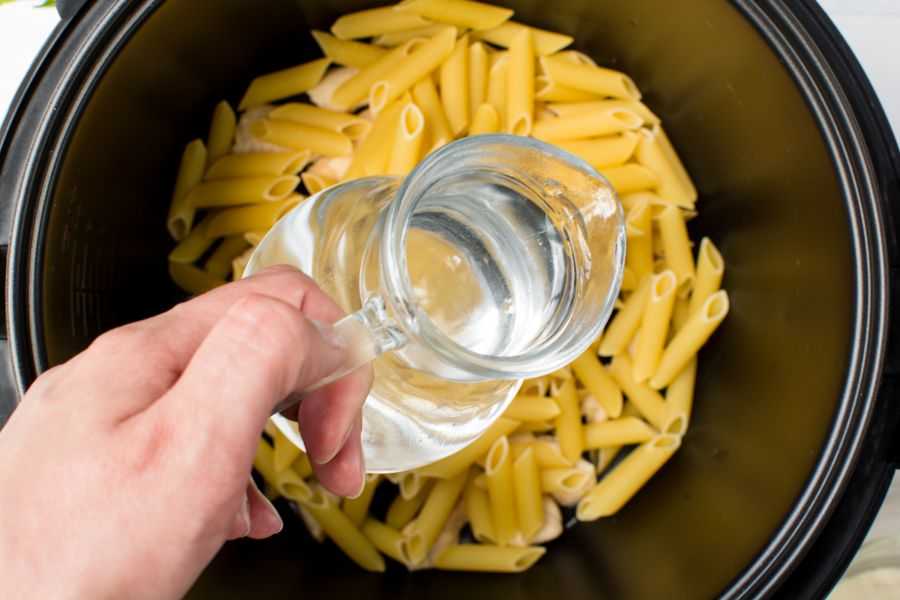 If you are new to the Instant Pot there are probably a few basic questions you have right off the bat regarding the liquids added to the pot.

These might sound like pretty simple questions, but unless you’ve used a pressure cooker before it’s it's not uncommon to wonder to yourself!

Cooking with liquid is the most fundamental aspect of making food inside electric and stovetop pressure cookers. For the majority of cases, this’ll be water, but you may be using pre-prepared broth, stock, or other cooking liquids depending on what you’re making.

Does the Instant Pot Need Water Every Time?

Yes, a pressure cooker needs water, or some kind of liquid like broth, every time you use it. 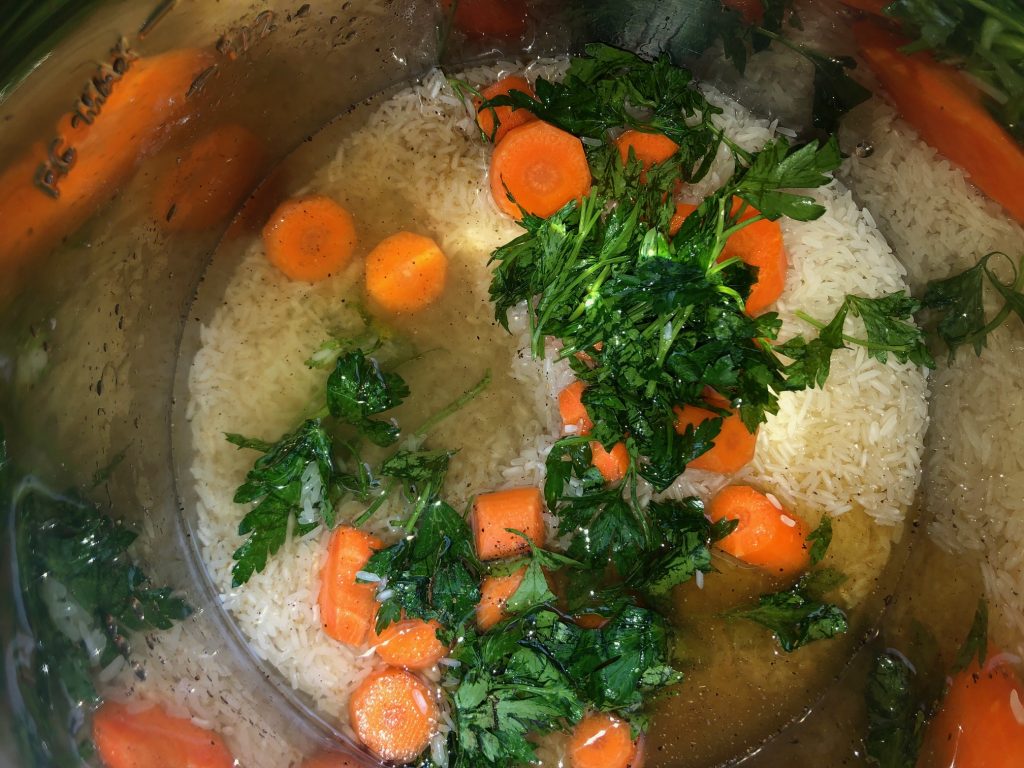 How much liquid do you have to add to the Instant Pot?

Here's the minimum amount of water based on your pressure cooker size:

For 3-quart Instant Pot, you need to add at least 1 cup of water or other liquid.

For 6-quart Instant Pot, you need to add at least 1 cup of water or other liquid.

For 8-quart Instant Pot, you need to add at least 2 cups of water or other liquid.

(Save or pin this page so you won't forget!)

How much water should I add to the Instant Pot?

As much as needed in the recipe. Just make sure you don't exceed the MAX PC – ⅔ line. 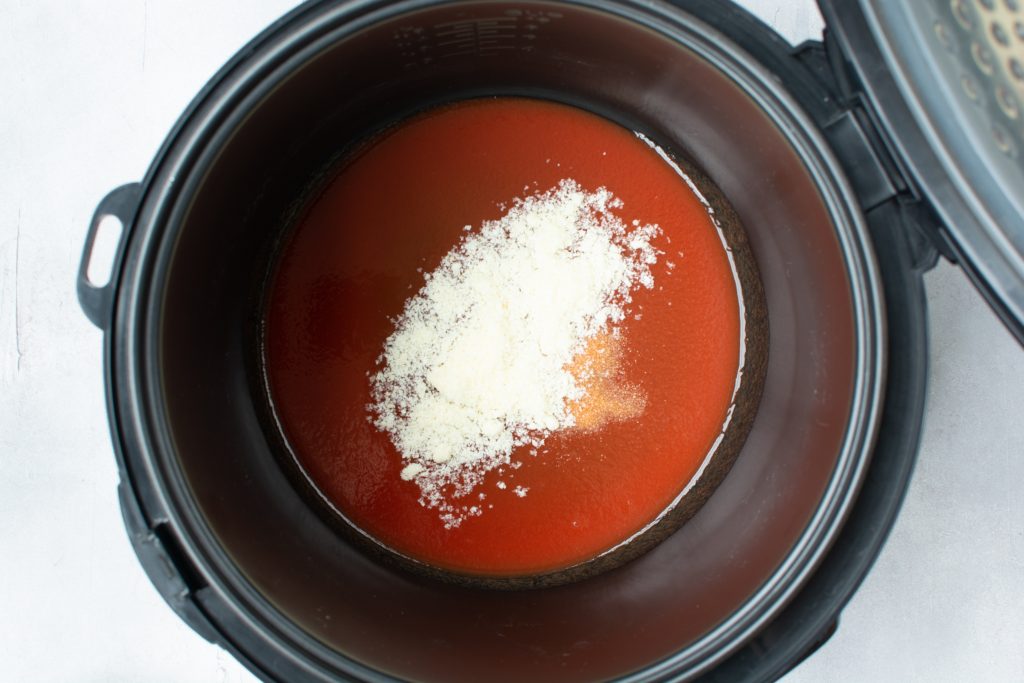 Why does Pressure Cooking Need Water - What is it For?

Water essentially serves the same basic purpose as it does in traditional cooking methods: heating the water is what causes the food to cook. However, it’s a bit more complicated than that when you consider pressure and altitude, and it’s this complication that makes pressure cooking a far more effective way of preparing food.

Read more about this on this post: Why Pressure Cookers Cook Food Faster

As an added note, you should never fill your pressure cooker with liquid beyond the halfway mark, and never more than two-thirds full of food. Pressure cannot build if there is no room for the steam to create it.

Read more about this on this page: What Happens if you Overfill a Pressure Cooker. 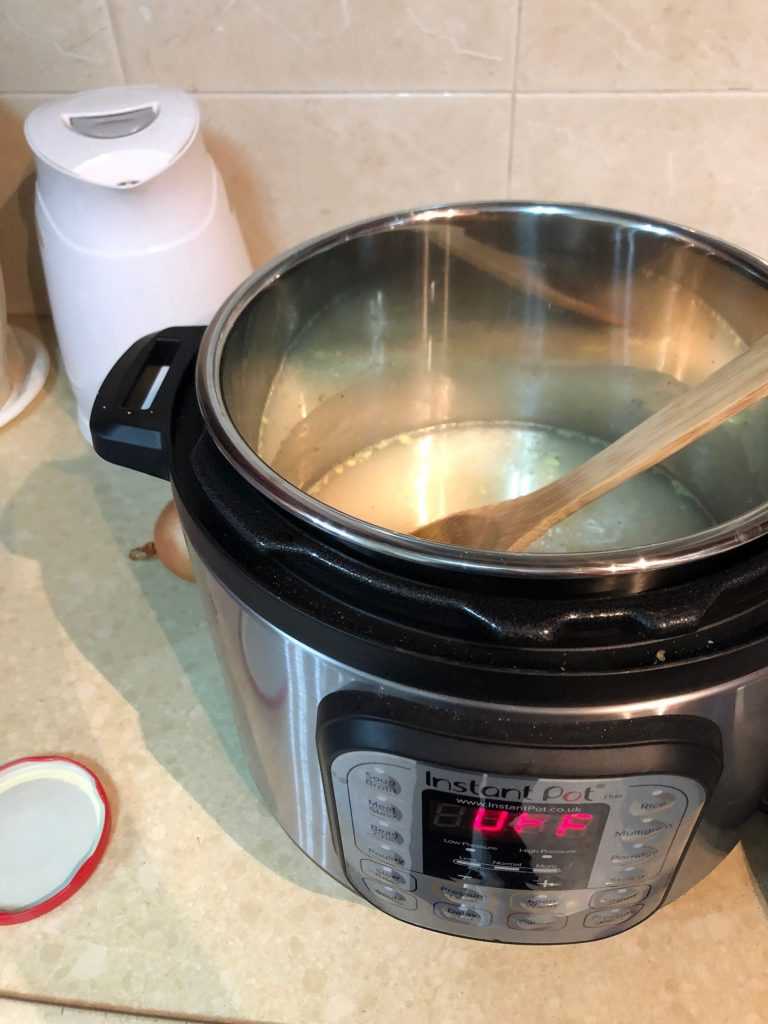 How much water do I put in my pressure cooker?

So for the Instant Pot initial test run you have used 3 cups. But do you have to use 3 cups or even 1 cup for every recipe you make?

Most recipes which factor in pressure cooking should provide you with instructions, and this may also vary depending on the size of the pressure cooker you are using. For instance you would always use less water in a 2-quart pressure cooker than you would in a 10-quart model.

So as a general rule, at least 1 cup of water.

What happens if you put too much water in pressure cooker?

If you overfill the pressure cooker with liquid, you will get soggy rice or the burn message. So, don't do it :]

A good rule-of-thumb, however, is never to fill it more than half-way. That’s more than enough for almost every possible use! 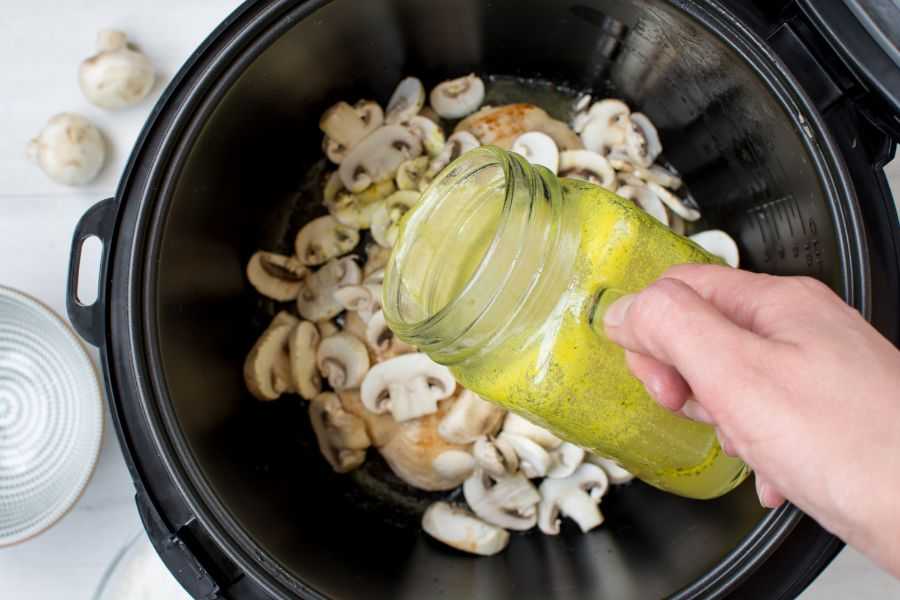 Can you use Instant Pot without liquid?

No. You can't use Instant Pot or other pressure cooker without water, stock or any other kind of liquid.

Can I Only Boil Food in a Pressure Cooker?

No, there are several methods you can utilize when pressure cooking. Boiling is the best method for dishes like soups and stews, but you can also braise, which uses minimal liquid. Steaming your food, by lifting foods above the liquid with a steamer basket, is another common way of pressure cooking certain foods. A very common example of a food that is cooked with pressure steaming would be veggies or hard boiled eggs.

You can also brown and deglaze food in your pressure cooker to maximize flavor before you begin pressure cooking. Just leave the lid off and add a small amount of oil to brown food like some vegetables like carrots, celery, peppers and onions, poultry and meat to your pot, and use a medium heat setting. Then, once your food is browned, remove it and set it aside. With the heat still on, add a liquid like broth or wine to deglaze the pan, making sure to lift off any stuck food particles from the bottom of the pan. 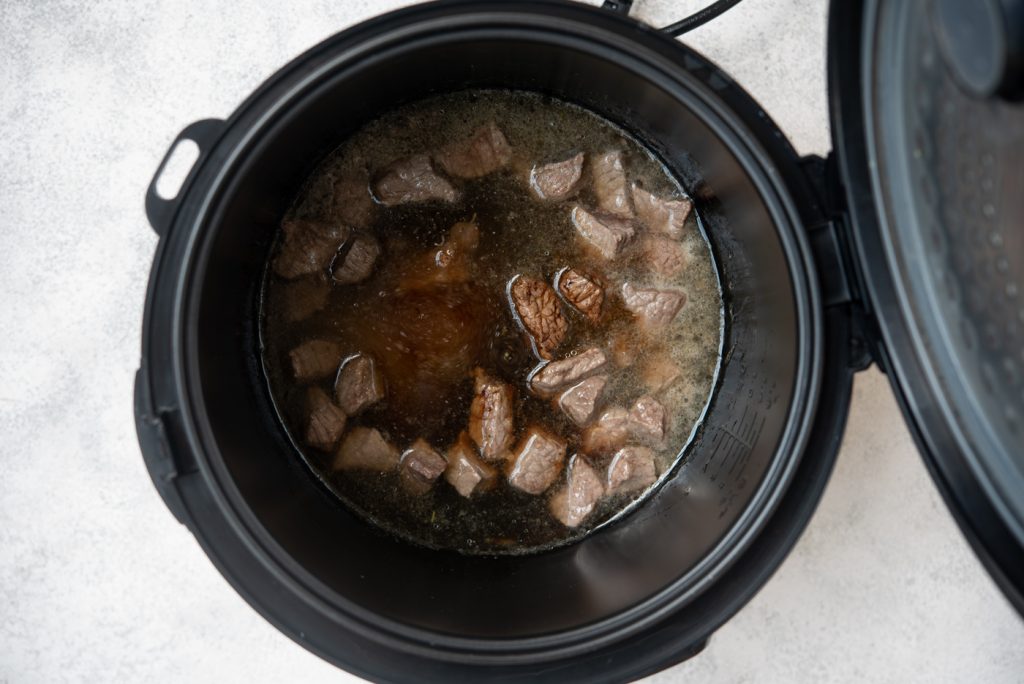 Does Pressure Cooking Really Save That Much Time?

Yes, pressure cooking can cook food up to 70% faster than conventional cooking. However, not all pressure cookers are the same.

When getting use to pressure cooking, always err on the side of your food being underdone, which is an easy fix, simply return the pan back to the stove, reseal the lid and let it return to high pressure for a few more minutes.

Can I Open the Lid While Cooking to Peek at My Food?

Never attempt to open or take the lid off your pressure cooker while it is under pressure. Most modern models make this virtually impossible to do, but for your own safety, never attempt it. You should always release the pressure first before removing the lid. Most recipes will tell you what the appropriate method is for that particular dish. It is advantageous to get familiar with the various release methods.

Pressure cooking is simple once you get the hang of it and will save you a great deal of time and energy.

12 thoughts on “Does a Pressure Cooker Need Water Every Time For Everything You Cook?”