How Hot Does a Pressure Cooker Get? 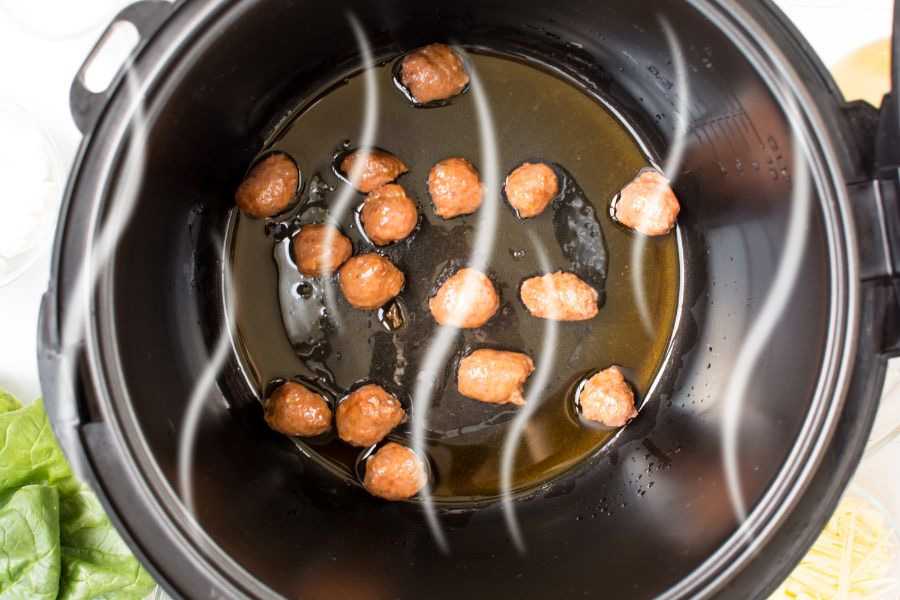 As I stood in my kitchen watching my pressure cooker lightly hiss at me while cooking my corned beef under full pressure I couldn't help but wonder: "How hot does a pressure cooker get anyway?"

Since that moment I've learned a lot about pressure cooking so please, let me share with you my vast knowledge.

What is the Temperature in a Pressure Cooker at Full Pressure?

To answer your questions in the most succinct way possible I'll say that the temperature in a stovetop stainless steel or aluminum pressure cooker can max out around 250 degrees Fahrenheit.

This temp is only achieved when the Instant Pot is operating at peak pressure of 15 psi at sea level.

Yes, you heard me right. Please let me explain.

However, first you need to understand how a pressure cooker works. 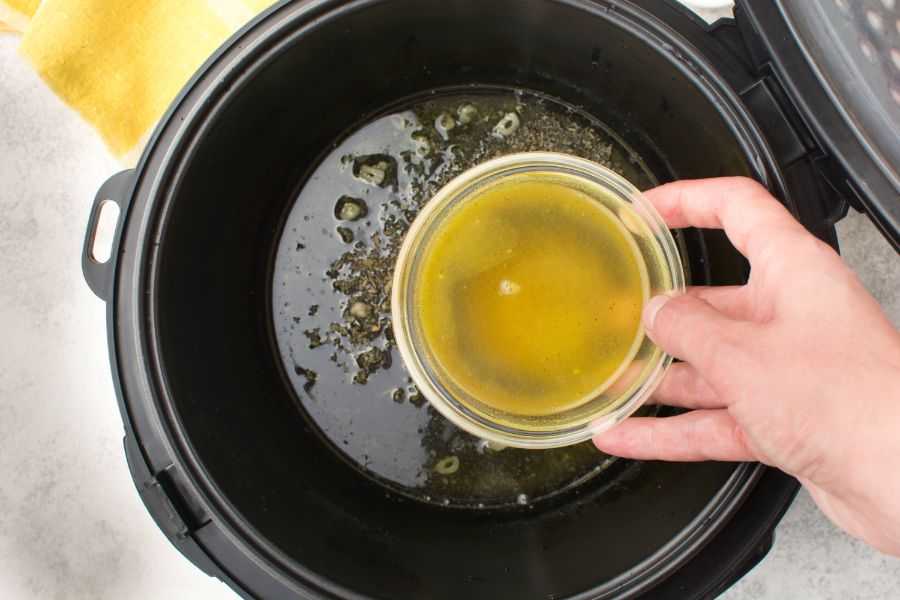 How Does the Instant Pot Work?

Instant Pot, just like any other pressure cooker is essentially nothing more than a standard pot, with one very big difference. A pressure cooker has a lid that seals steam inside the pot.

Unable to escape, the steam continues to build pressure and more steam is added from the boiling process that continues inside the pot. The rise in temperature directly corresponds to the rise of pressure from the buildup of steam. This speeds up the process of transferring heat to the food. Any cooking that employs the process of cooking food through steam or boiling is known as wet cooking.

American manufactured pressure cookers are designed to reach 15 psi (pounds per square inch) while European models are measured differently, comparatively, they reach up to 14.5 psi. If you run across a model that does not have the UL standard of 15 psi, it is considered a non-standard pressure cooker.

Stovetop vs electric pressure cookers may be a bit different too. Electric pressure cookers tend to operate at a more even level of pressure from the beginning to the end of the cycle but the level is usually a bit lower than stovetop models. 12 PSI would be a good ballpark average for operation pressure of an electric model - this would correspond to around 240 degrees instead of 250.

For a specific example the Instant Pot operate at 11.6 PSI cooresponding to an internal temp maximum of 242 degrees. 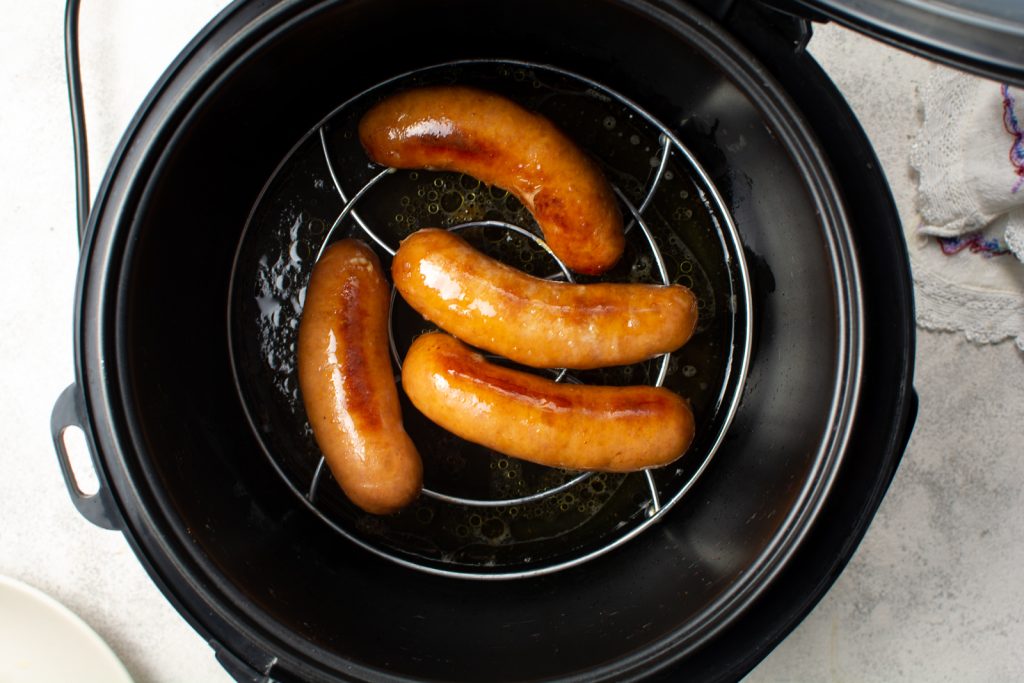 What Temperature Do Pressure Cookers Cook at in High Altitude?

Things continue to get hairy when you start converting your temp by altitude. Water boils at 212 °F at sea level only and roughly 2 degrees less for every 1000 feet up you go.

As an example Denver, CO is at approximately 5000 feet and water boils there at only 203 degrees Fahrenheit. That means a pressure cooker will operate at a lower temperature there. That's why as altitude increases (even with a pressure cooker) the cooking time must also increase to compensate for the lower internal temp.

Here is a link to a fun chemistry discussion on this very topic. http://chemistry.stackexchange.com/questions/47981/pressure-cooker-at-high-altitudes-and-low-altitudes

That would mean an electric pressure cooker running on high could actually only be running an internal temperature of around 230 degrees in Denver.

If the Temperature Isn't Much Higher than Boiling Then Does Pressure Cooking Really Save Time?

The time saved by cooking with a pressure cooker is drastic even when cooking in an electric pot at high altitudes.

With an ordinary pot, risotto takes about 25 minutes and is one of the most difficult dishes to master. However, cooking risotto in a pressure cooker only takes about 10 minutes, and you don't have to do anything more to it than serve it when it's ready.

A succulent roast that is melt in your mouth and fork-tender usually takes about 1.5-2 hours depending on your cooking method, and roasts tend to turn out dry or tough.

Alternatively, you can achieve better results with a crock pot, or slow cooker, but it takes about 8-10 hours. A pressure cooker can deliver a moist and tender roast in about 30 minutes.

The pressure cooker effectively doubles the atmospheric pressure of your surrounding location so relative to your given altitude or setting the cooker will cook much faster than traditional methods.

And using an electric pressure cooker you would likely add a bit more time to the recipe. You would have to check your model instructions for it's specific conversion as they are all a bit different.

All of this should be thouroughly considered when you are buying an elctric pressure cooker. They will speed things up and make your cookign a bit more hands off much like a slow cooker does but you will have to consult conversion charts and do some math in your head. In my article Is the Instant Pot Worth It this point should be considered.

Does Pressure Cooking Really Save Energy if it Cooks at Such High Temps?

A pressure cooker also reduces how much energy is used to cook, making it a more environmentally friendly choice. Newer generations of pressure cookers save up to 70% energy consumed compared to traditional methods of cooking.

If you use a gas stove or an induction cooktop, you save more energy than an electric stove, but the less energy you use, the more money you save on utility bills. Pressure cooking is the fastest, easiest and most cost-effective method of cooking.

Yes, But How Hot Can a Pressure Cooker Get?

Now that you know the basics (and maybe a bit more) of how a pressure cooks, you can understand how hot a pressure cooker gets under normal circumstances.

Due to the buildup of steam and pressure, pressure cookers can get hotter than boiling water. In a conventional pot using a standard stove top, water can never get above boiling temperature, or 212 degrees Fahrenheit, no matter how high you turn up the burner or flame. However, with a pressure cooker, it can reach 250 degrees Fahrenheit when at its highest pressure setting of 15 psi, which also aids in reduced cooking time.

Pressure cooking is fast, easy, economical and convenient. It also doesn't take as long to master as other methods of cooking.

12 thoughts on “How Hot Does a Pressure Cooker Get?”