How Does The Instant Pot Work? 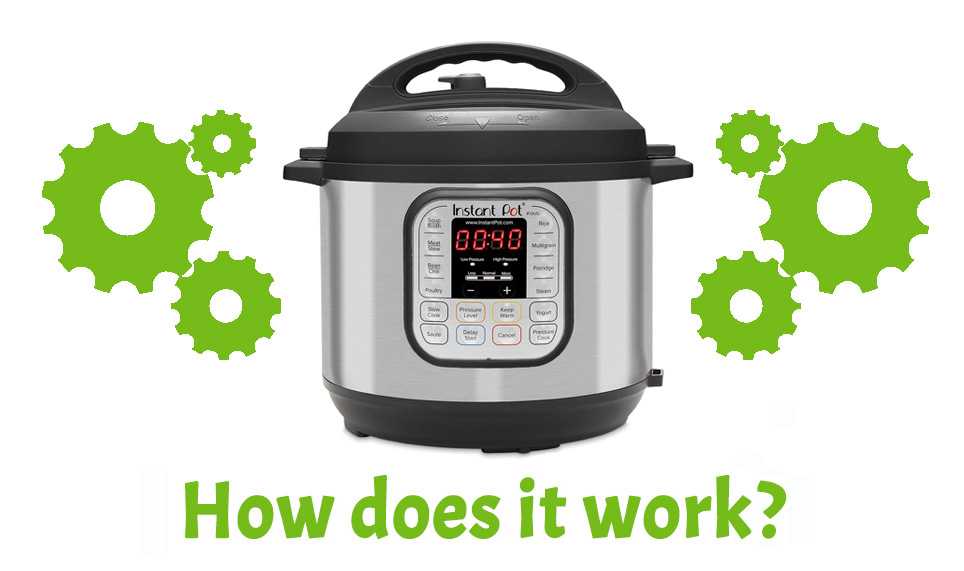 You put the food inside, you secure the lid, press a few buttons, and you’re done with your side of the cooking! The pot takes care of everything and delivers delicious meals in half the time it would take a stovetop.

But how does it do this?

At first, I was just as mesmerized as you were. In fact, I was quite the non-believer until I took a look at the science that makes the Instant Pot possible.

So, today I’ll answer the age-old question: how does the Instant Pot work? I’ll talk about the scientific principles that power-up this bad boy and why it works so well for a wide range of foods and types of cooking.

If you are beginners, check out How do I know if my Instant Pot is working.

What is the Instant Pot?

Before we can talk about the inner workings of this cooking device, let’s establish some ground rules first.

The Instant Pot is, at the base, an electric pressure cooker with multiple functionalities.

A pressure cooker requires a certain amount of liquid (water, broth, soup, or other water-based cooking liquid) in the inner pot. The cooker brings this liquid to boil and uses it to build pressure from steam.

Now, since the liquid is in a pressurized container, it can reach temperatures higher than 100°C (the temperature developed while cooking using a stove-top). This way, we get amazing foods, with delicious texture, a lot quicker.

How Does The Instant Pot Work? 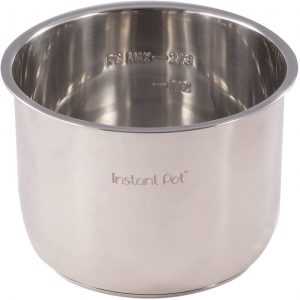 As the name suggests, this is the pot that goes inside the pressure cooker. It’s also the recipient that keeps the food while it’s being cooked and where you put the water or water-based liquid.

The Instant Pot inner pot is made from high-quality 304 food grade (18/8)  stainless steel but some models also have a ceramic pot with a non-stick surface (PTFE and PFOA-free). The ceramic version is also available for purchase as an accessory (separately from an IP).

This pot can be removed and has a sturdy three-ply base with an aluminum core to ensure even heat distribution. When this pot is heated, the liquid inside is turned into steam, which is trapped by the lid and powers the pressure cooker.

Quick note: in the inner pot, you can add a trivet, a steamer basket, a rack, and even heat-resistant bowls. This allows you to cook a wide variety of foods.

This is the area underneath the inner pot, inside the exterior stainless steel housing, and where the magic happens!

The magic is a well-designed smart system that incorporates a microprocessor, the heating element, pressure and temperature sensors, and the control panel.

The microprocessor is the brain of the Instant Pot as it monitors and regulates the cooking process according to the data received by the built-in sensors. It controls the heating element and it receives commands from the control panel.

As you can see from the image above, the microprocessor keeps the heat in check with an On/Off switch and constantly checks with the pressure and temperature sensors to see if the process goes on within standard safety parameters.

To know when the maximum pressure has been reached, the heating element is equipped with a flexible plate. As the air inside heats up, the plate bends until it reaches the pressure sensor. Once it does, the microprocessor turns the heat off, until the plate recovers from its curvature.

The microprocessor is also the security guard of the entire system, as if something is not right, it will stop the cooking process and throw a warning or an error message. 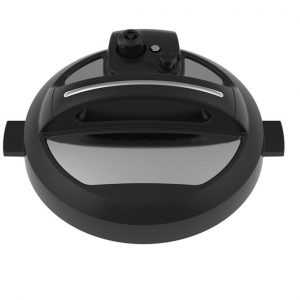 Made from strong 201 food-grade stainless steel, the lid plays a special role in the cooking process. First, it is designed to withstand the pressure inside and it comes designed with a lid locking mechanism that prevents users from opening the pot while still under pressure.

It’s also equipped with sensors that detect if there is a closing problem (if it’s not closed well, the cooking won’t start). This feature alone makes the Instant Pot very safe do use.

Now, to do all these and more, the lid is made from several mechanisms, such as: 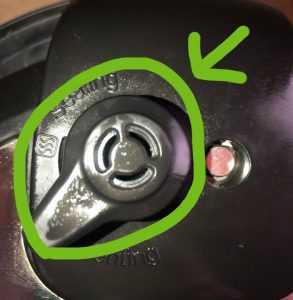 This is the valve that allows the steam to escape once the cooking is over. The valve has two positions (Venting and Sealed) that help with releasing and sealing the steam inside the pot.

Now, most Instant Pot models require this valve to be operated manually, which requires a bit of extra care to avoid burns. But, if you feel this is too risky, some models have an automated steam release valve that opens and closes as needed.

Also, regardless of the model of the pot, if the pressure increases beyond the safety levels, the steam will push through the vent to decrease pressure. 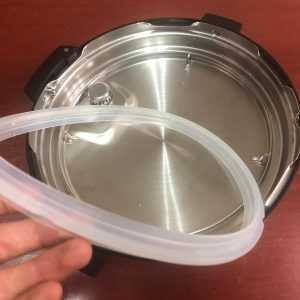 This is a silicone element that sits on the rim of the outer pot and secures the lid’s seal when in the Sealed position. Without it, you can’t create an airtight seal, so you can’t actually cook anything with the pot (it’s a common mistake among beginners).

While it’s easy to clean, the silicone rubber tends to capture smells. So, in time, you should replace it with a new one (easily available as an accessory component).

This serves as a security system that gets in place once the pot reaches the desired pressure level. The float valve is pushed upwards by the pressure and the silicone cap seals everything in place. As a result, the lock lid safety is triggered, which means the lid will stay in place even if force is applied.

This valve can be destroyed by exposure to excessive pressure and temperatures. When this happens, the only solution is a lid replacement.

Lastly, this is a stainless steel cover that keeps food particles from clogging the steam release pipe. This is important since a clogged pipe can lead to accidents.

The Instant Pot has many functions and preset cooking options, but in most of the times you gonna use the Manual/Pressure Cook button.

You can find the Manual button on the old versions of the Instant Pot like Lux, and the Pressure Cook button on the newer models like Duo Smart or Duo Plus. Both buttons are doing the same and should be enough for you.

You can use the other buttons to make yogurt overnight, or use your Instant Pot as a slow cooker.

Just watch this video for more info about the Instant Pot buttons: 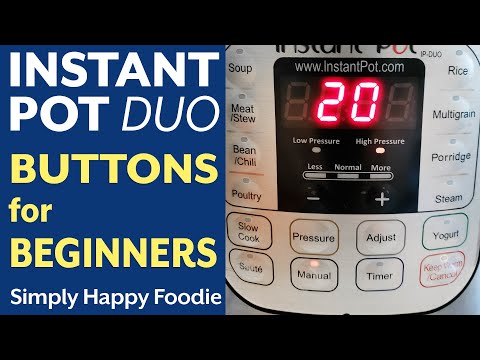 In short, the temperature and pressure inside an Instant Pot pressure cooker are constantly monitored and adjusted by a smart microprocessor. The same element takes commands from the control panel and turns them into instructions for the heating element.

However, no IP will start cooking if the lid is not closed, the sealing ring is not in tip-top shape, or the steam release valve is not in the right position. So, it’s a teamwork effort between several elements that make possible this technical marvel exists in your kitchen!

Hope you learned something :] Now we can go back and make some recipes... 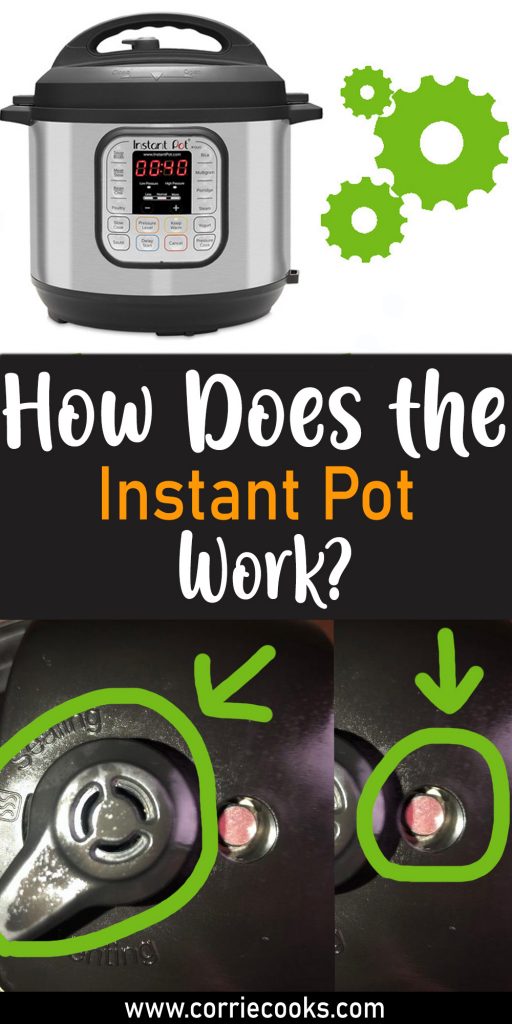 1 thought on “How Does The Instant Pot Work?”