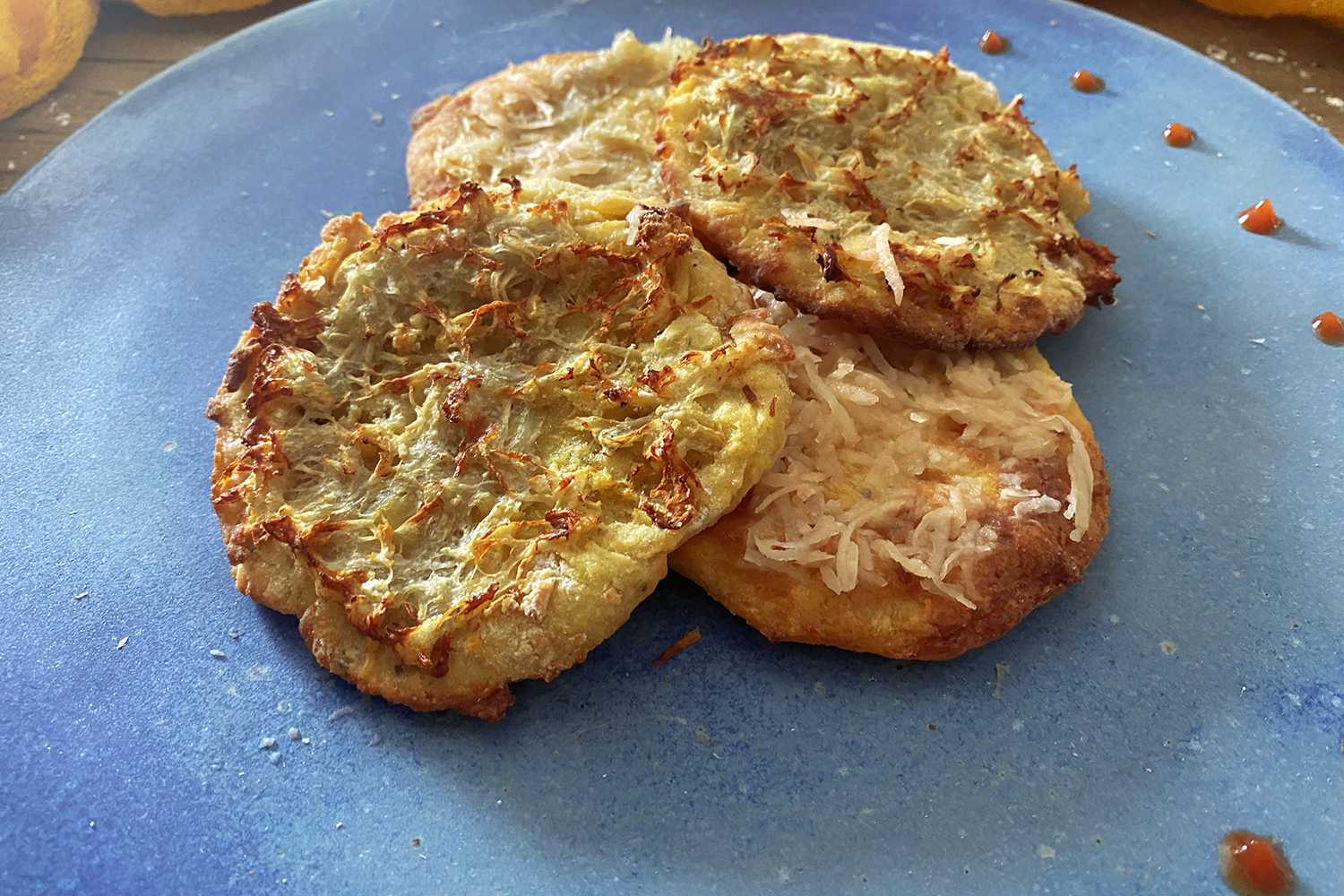 Holy moly, these Instant Pot Hash Browns are like having a diner right in your own house! That crispy crunch paired with the soft interior is what breakfast dreams are made of! If you're looking for comfort food at its finest - this is it.

With just 6 simple ingredients and less than 10 minutes, everyone needs to make this simple hashbrowns recipe a new morning tradition. All that's missing is a good cup of coffee!

The best part about making hash browns is that you get to eat them how you want. Ketchup, BBQ sauce, hot sauce, or just tearing it apart and enjoying it. It's totally up to you and your cravings.

Why This Recipe Works

The great part about making hash browns homemade is that you never get tired of eating them! They're really just that good! (plus, you no longer have to head out the door and try to get seated at a restaurant either! Making them at home is the best!)

Boiled potatoes - Choose potatoes that are medium-sized. You can make them easily using this Instant Pot Boiled Potatoes recipe.

Onion - I like using a sweet onion because it adds so much extra flavor!

Egg - The egg is a must to use as a binding agent for holding all the ingredients together.

Black Pepper - I normally don't add a ton of pepper to recipes, but I LOVE how the black pepper pairs with the potato.

Corn Starch - This helps to thicken up the adding ingredients, which in turn helps it all bind together better when cooking.

Flour - You need this to help make that crispiness!

Make sure you have all the necessary ingredients before getting started! Since there aren't that many, you should be good to go!

Step One: Peel off the skin of the potatoes. 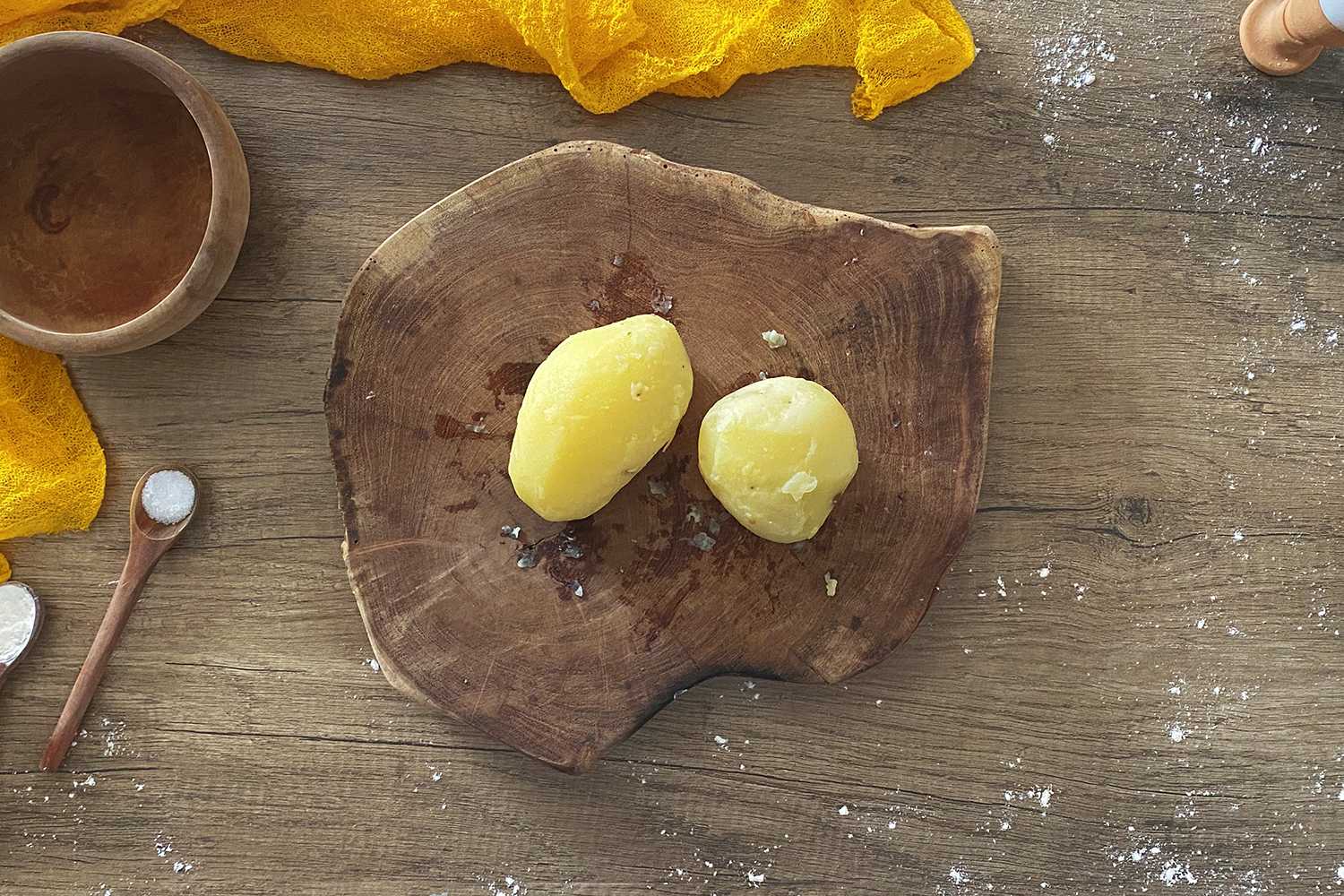 Step Two: Use a grater and shred the potatoes.

Step Seven: Add four tablespoons of flour and stir to combine it with the rest of the other ingredients.

Step Eight: Using a round cookie cutter, cut out the hash browns.

Step Ten: Place hash browns inside the basket and Air Fry at 390 °F for 6 minutes.

Let them cool a little bit, so you don't burn your mouth - and enjoy!

You can serve this recipe with some great dishes like chicken breasts and Instant pot pork tenderloin.

You can also add melted cheese and bacon on top or just have a bunch of sauces and dips to use as well.

Don't forget that adding some Instant Pot Scrambled Eggs would be a great breakfast addition, too!

Why are my hashbrowns soggy?

If you're not getting the hash browns to crisp up, it might be because there is too much liquid in the potatoes. When you grate them, you can set them on a clean paper towel to help soak up any excess water.

You may also be cooking them too closely in the Instant pot as well.

How do I freeze cooked hash browns?

The biggest thing to remember about freezing hash browns is that you need to make sure that you let them cool down all the way before adding them to the freezer.

Make sure you store them in an airtight container as well. They should be eaten within 2-3 months of freezing.

What is the best way to reheat hash browns?

The best way to reheat hash browns is any method that is quick! A microwave is a great option, but if you want a crunch to the hash browns, you can add a tiny bit of oil to a pan and heat them up on the stove in a skillet.

Love the idea of cooking even more potato recipes in the Instant Pot? Check out these other great recipes that I think you're going to love. 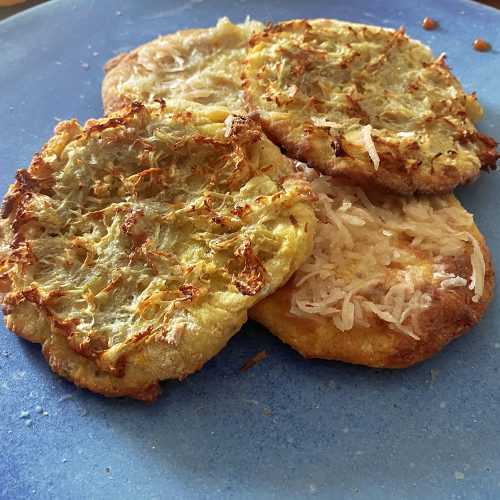