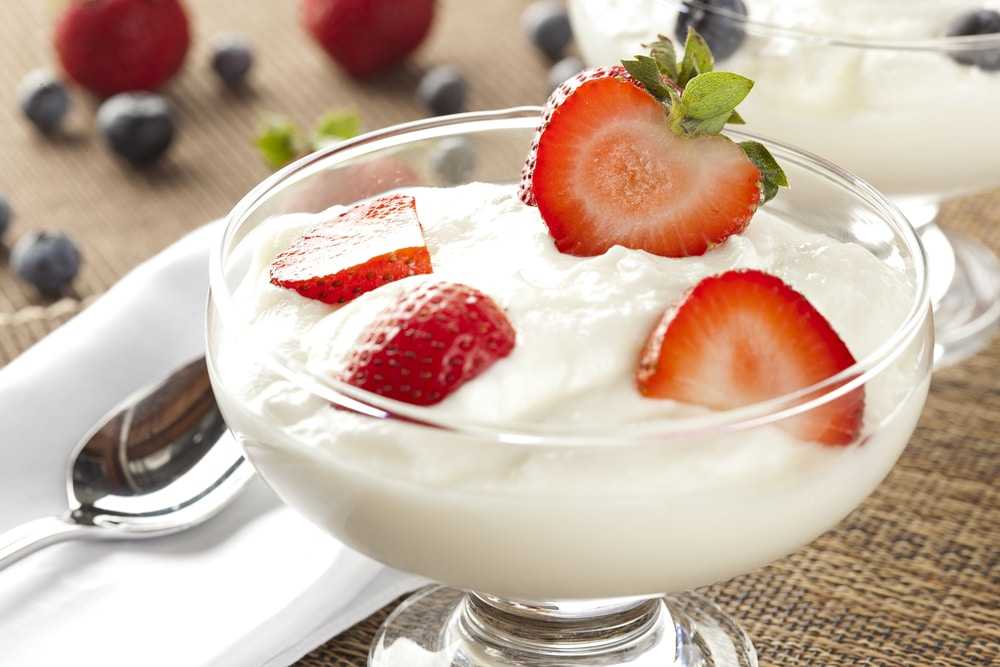 You must have eaten Greek yogurt at least once and enjoyed its fresh taste. We use it for all kinds of occasions, such as dressings for salads, soups, cakes, oatmeals, etc. However, if you happen to run out of Greek yogurt in your kitchen, don't worry - there are several foods you can use, like substitutes for Greek yogurt.

Since Greek yogurt has a unique texture and taste, finding a substitute can be challenging. But there are still ingredients that we can use.

What Is Greek Yogurt?

Greek yogurt (strained yogurt, yogurt cheese) is a yogurt that is made by boiling milk, and then separating the whey to get a creamy texture at the end. This creamy consistency makes the difference between Greek yogurt and other types of yogurt.

Greek yogurt also has probiotics, proteins, and calcium. As such, it is perfect if you are on a diet or want to improve the work of the digestive tract. In addition, you can use it in different combinations such as oatmeal and rye porridge for breakfast, sauces, toppings for dough or meat, with vegetables or fruit. 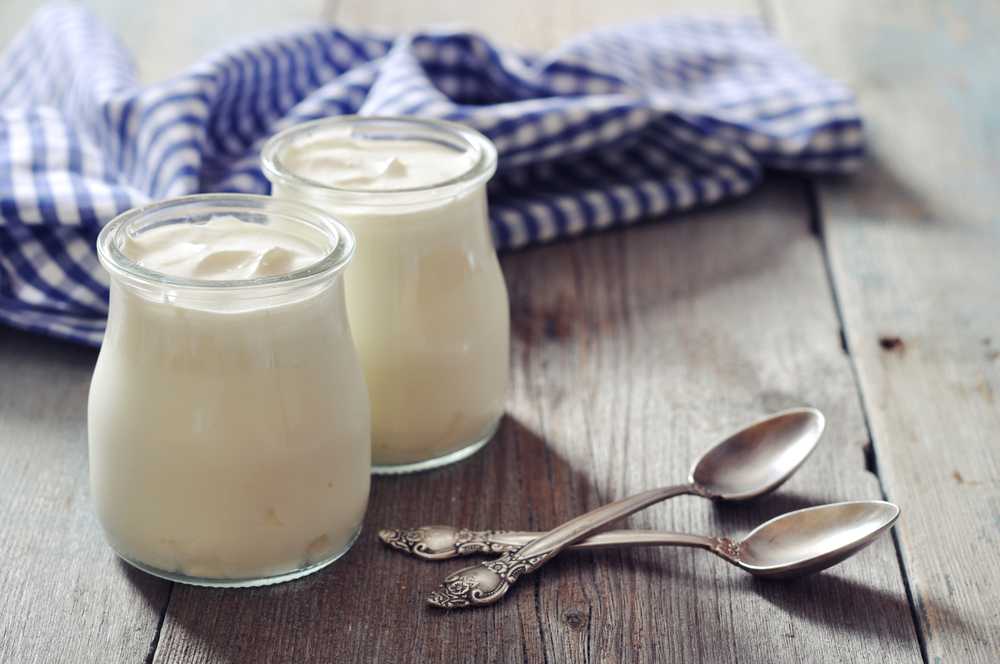 The light creamy taste goes well with both salty and sweet foods. Most importantly, you can combine this yogurt with almost anything you like. For example, putting a bit of greek yogurt on the side of a polenta will make the meal even tastier.

On the other hand, greek yogurt also goes well with sweet dishes like Instant Pot Lemon Cheesecake. The sweet taste of lemon will only increase when you add a bit of greek yogurt on top of the cake.

So, Greek yogurt has a slightly more intense flavor reminiscent of sour cream. The difference is in the freshness of Greek yogurt compared to sour cream. However, we can use it in meals together or as a substitute for each other.

However, cooking cream is only one of the substitutes we can use for Greek yogurt. In addition, there are other suitable substitutes, such as cottage cheese, plain yogurt, and mayo. But you can also use foods that you would never think could replace Greek yogurt. These are, for example, mashed avocado and banana. Let's go in order. 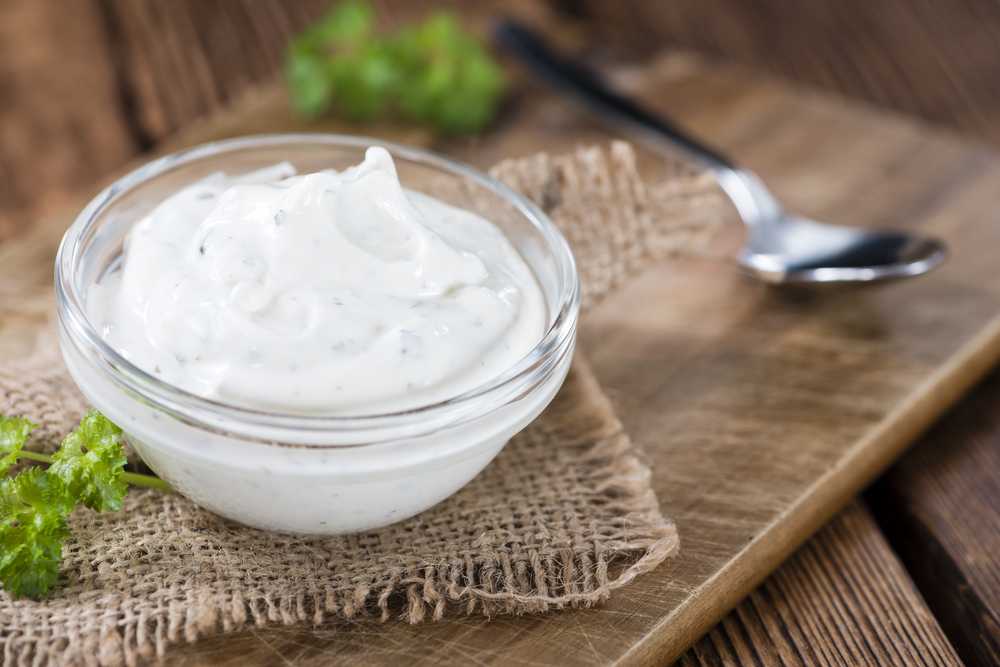 The best substitute for Greek yogurt is sour cream. Sour cream has the same creamy texture and acidity as Greek yogurt, so that it can be used in all recipes as a substitute. For example, it is best to use it in dressings, sauces, and in making pastries and bakery products. 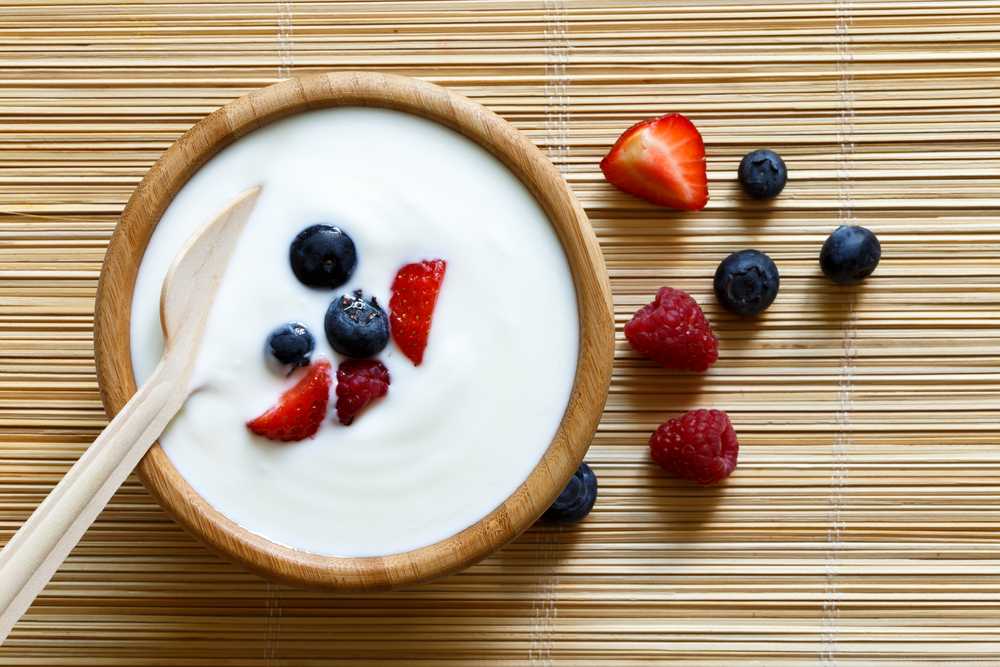 Another good substitute for Greek yogurt is plain yogurt. Plain yogurt is light and will go well with some recipes. Although it does not have that density and creamy texture, it can still be used in some sauces, such as tzatziki, or in making pastries and muffins.

Both types of yogurt are made similarly and have the same probiotics and other nutritious nutrients. However, plain yogurt contains less protein and saturated fat, so the taste is a little sweeter than Greek yogurt. However, in some dishes, it gives that freshness and specific taste that will make the dish tasty and creamy.

Also, the good thing is that plain yogurt is usually available in all stores and is much cheaper than Greek yogurt. Most importantly, plain yogurt is a bit heavier in terms of calories, which means you don't need to use big portions to cook.

You can also use plain yogurt to make homemade Greek yogurt in your Instant Pot. For more info see the recipe bellow. 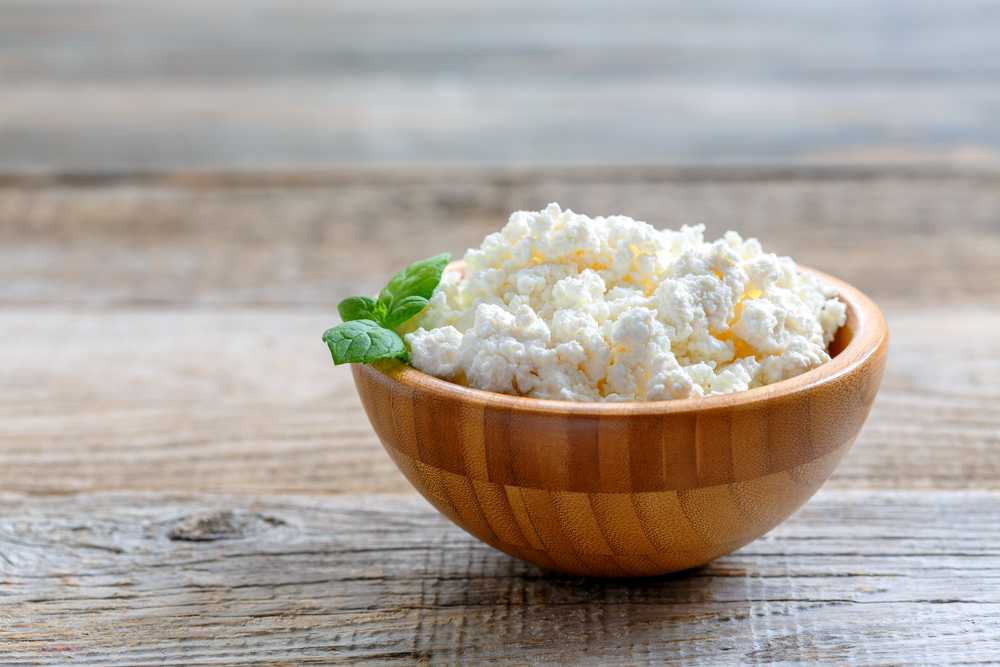 Cottage cheese has a slightly different texture than Greek yogurt, so many avoid it as a substitute. However, if you combine the foods well, you won't even notice the difference. You can achieve this by blending cottage cheese (e.g., making a smoothie). 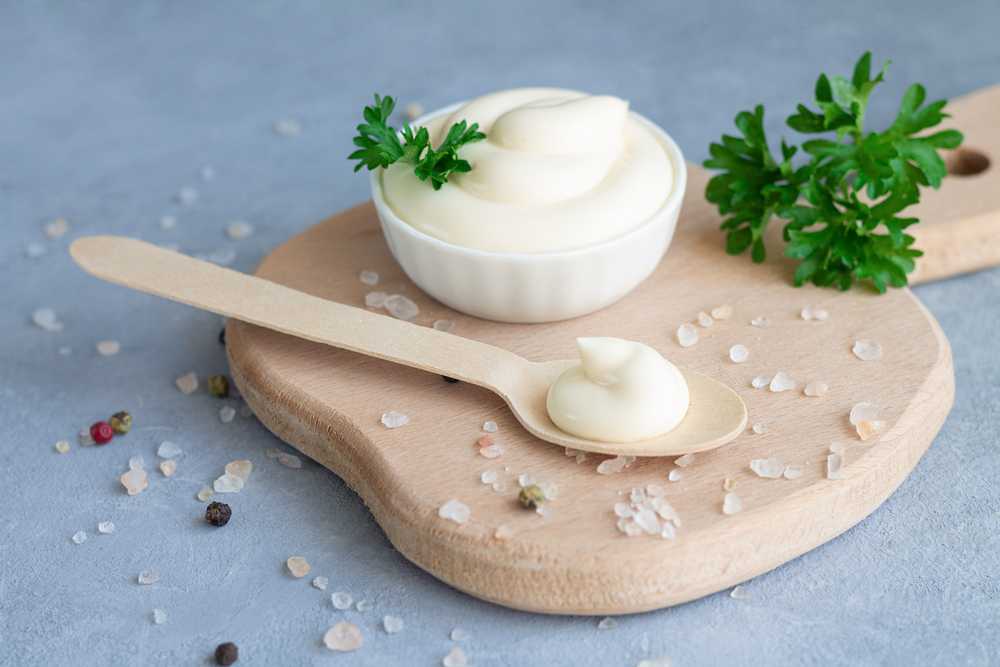 A slightly different substitute for Greek yogurt, but still good enough, is mayo. Mayo has a richer, more bitter, and saltier taste than Greek yogurt but is still similar enough to be used in an equal 1:1 ratio.

It is not only recommended to be used in baking recipes instead of yogurt, as it will harden the dough. That way, the pastry will not rise nicely and be soft. However, in some other recipes, it's great to use mayo instead of Greek yogurt. For more info check out What Does Mayo Taste Like. 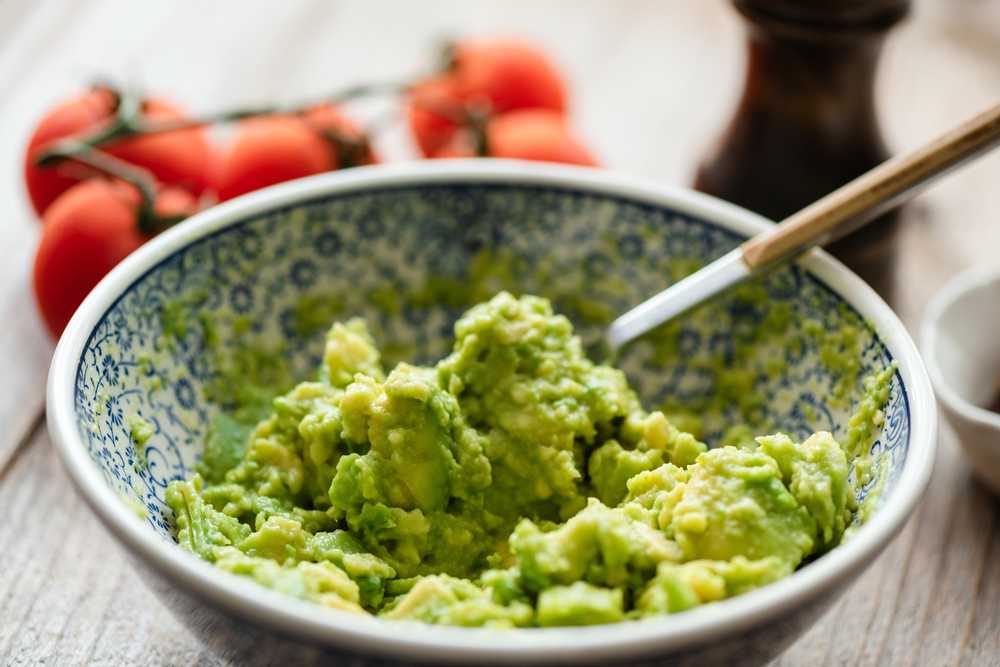 There is avocado if you want an alternative to Greek yogurt that does not contain milk or dairy elements. Mash the avocado and add a little lemon juice to get the most similar taste to Greek yogurt. Using avocados in guacamole or avocado brownies is a great idea. 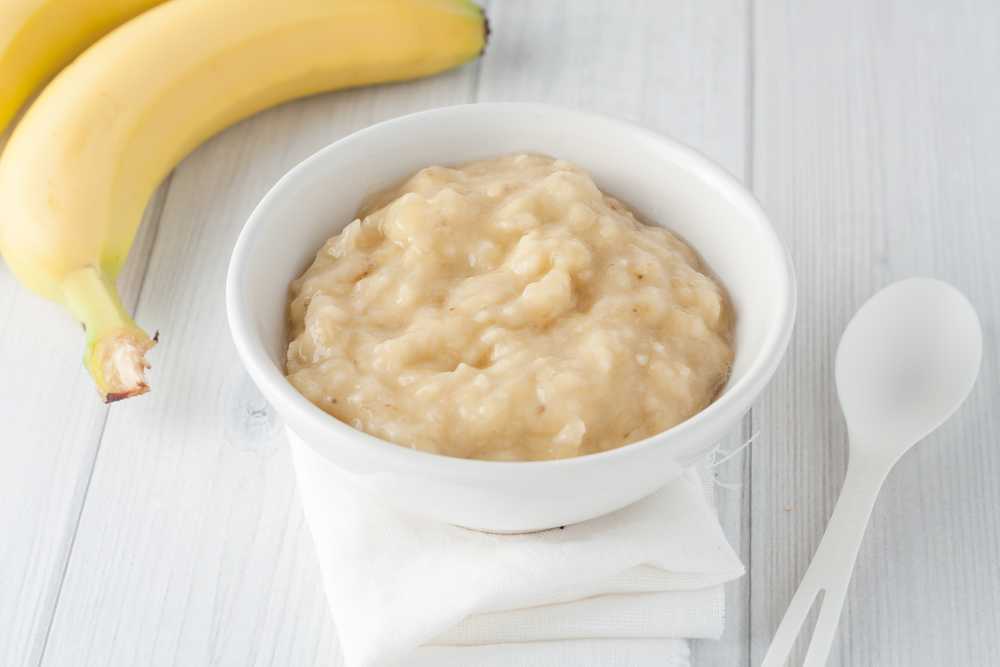 Although it seems impossible for bananas to be a good substitute for Greek yogurt, bananas have proven to be a good enough substitute for baked goods. By kneading and blending, you can get a similar texture, creamy and tender. However, the taste of banana can be felt and thus affect the dish's overall flavor.

To avoid that banana taste, you can use less ripe bananas. This way, you will get less taste of bananas and more of a fresh taste and creamy texture that will be a good substitute for Greek yogurt in fruit salads or cakes.

A Table of Substitutes for Greek Yogurt

Finding the perfect substitute for Greek yogurt depends on your recipe. For some savory recipes, it will be more appropriate to use sour cream, regular yogurt, or mayo, while for sweet recipes, you can use bananas. All in all, be creative and enjoy new tastes.

What Is Greek Yogurt?

Greek yogurt (strained yogurt, yogurt cheese) is made by boiling milk, then separating the whey (whey) to get a creamy texture at the end. This creamy consistency makes the difference between Greek yogurt and other types of yogurt.

Greek yogurt has a fresh and sour taste and a creamy, rich texture that complements any dish.

What Is the Best Substitute for Greek Yogurt?

The best substitute for Greek yogurt is sour cream, followed by plain yogurt. They have similar fresh tastes and textures and go well with other foods. 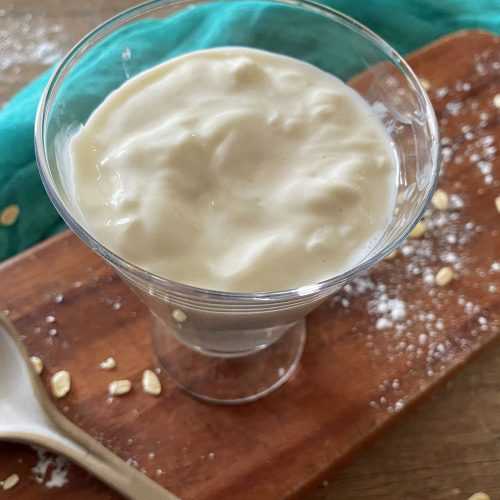