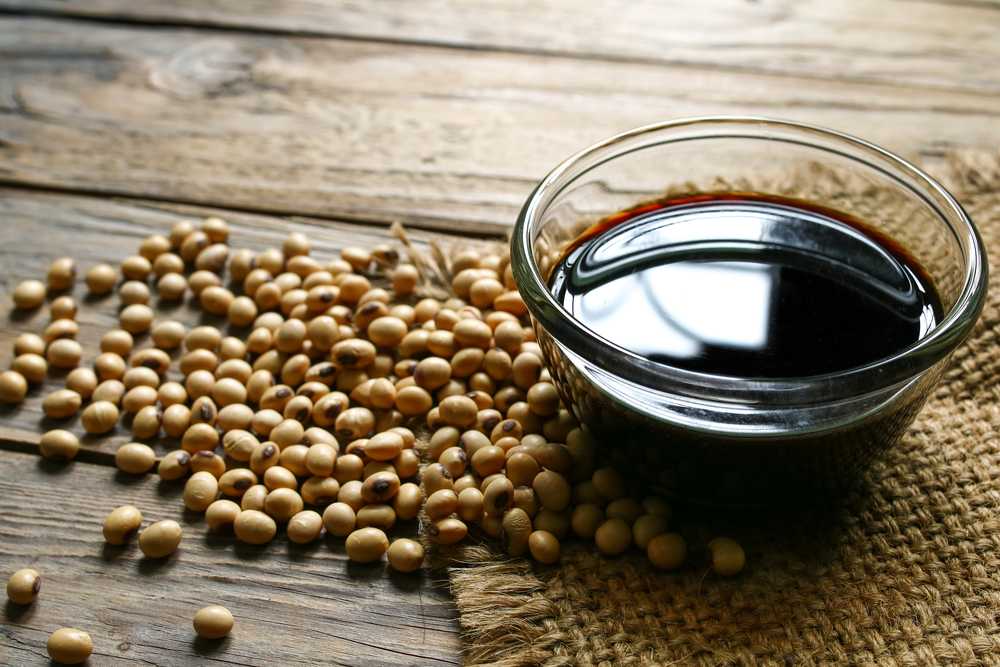 Imagine this: you start to cook an Asian dish, but then you notice that you don't have the main side ingredient. Logically, you are missing dark soy sauce in your kitchen. Don't worry. We bring you a list of the best substitutes that will give your dish approximately the same taste.

However, dark sauce gives a pleasant, spicy taste, a dark color, and a special aroma to your noodles, rice, or other dishes. So, if you don’t have dark soy sauce, it's essential to use some good substitutes.

What Is Dark Soy Sauce?

Dark soy sauce is a dark goose sauce that is commonly used in Asian cuisine. This dark sauce has a unique sweet-spicy taste and is used in many dishes. It can be used in sauces, marinades, as a topping, as a liquid for braising and frying, etc. Also, it is often used with noodles and risotto.

if you run out of dark soy sauce, you'll have to find a good substitute for your noodles. Here's what you can try. 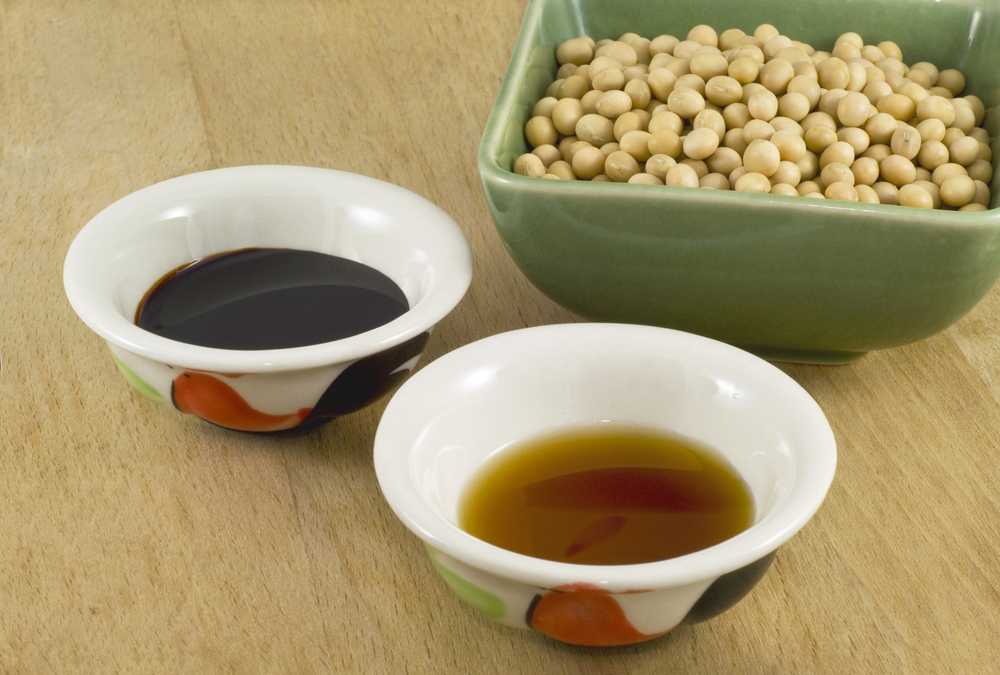 The logical first substitute for dark soy sauce is light soy sauce. That's a lighter version of the sauce and makes a great addition to dishes. However, it doesn’t contain that thickness and dark glaze, so it is tricky to use it for some sauces that must have such a texture.

On the other hand, the taste fits perfectly because it contains a similar amount of salt as the original sauce. But, what it lacks is sweetness. Well, if you want to achieve the same taste, you will have to add some spices to complement the flavor of light soy sauce.

The amount you can use is 1:1 (1 teaspoon of dark soy sauce = 1 teaspoon of light soy sauce). Of course, with the addition of spices as desired. For the most similar taste, we recommend adding ½ teaspoon of molasses. 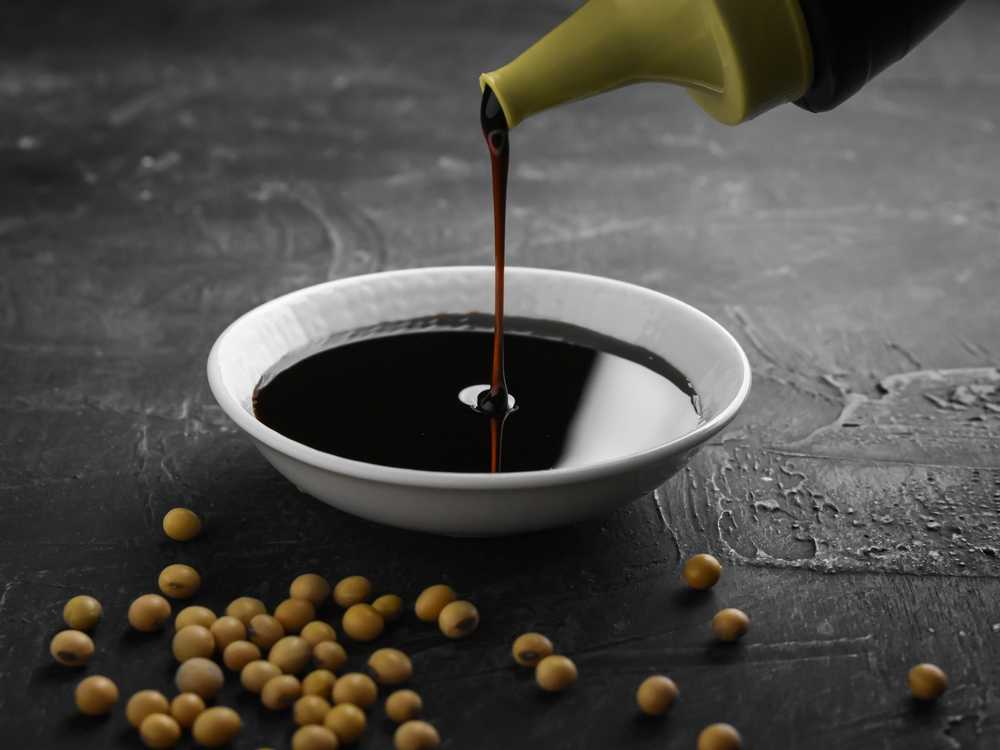 If light soy sauce is not good enough for you because it is not dark and doesn’t have the texture of dark sauce, then double black soy sauce is a better choice. The double black sauce is also dark, sweet, and thick. However, it is a bit sweeter than dark soy sauce. So you should be careful when adding it to food. 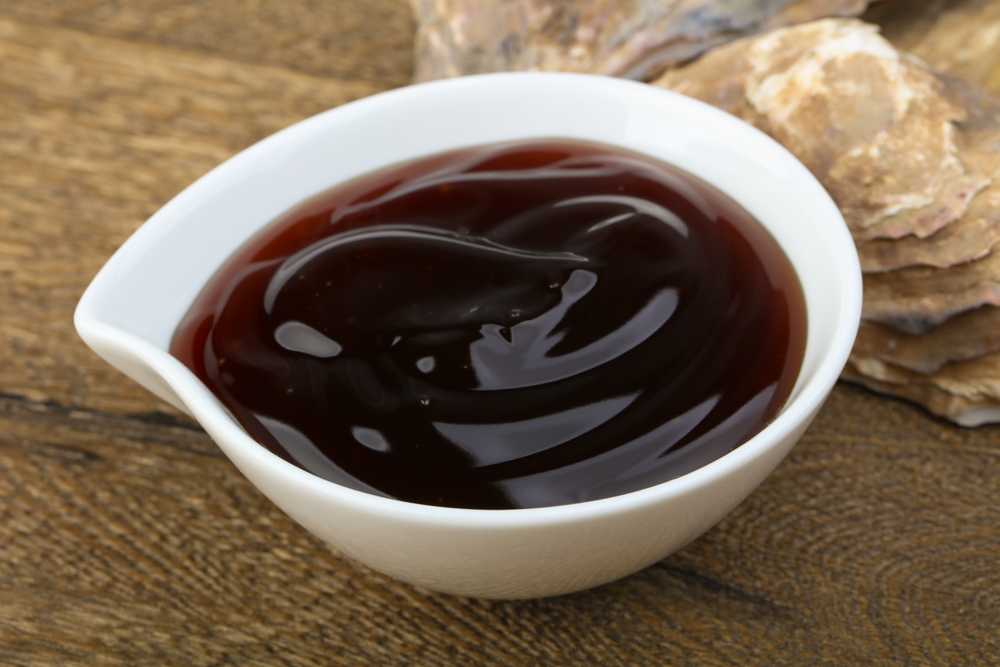 The following sauce you can use as a great substitute for dark soy sauce. Oyster Sauce has an earthy sweet-salty taste that gives dishes a rich flavor. It goes well with beef and vegetable dishes, noodles, and rice, you can test it with the Instant Pot beef and noodles recipe.

Also, oyster sauce is sweeter than dark soy sauce. Therefore, be careful when adding. It is better to add a little sauce, taste it, then add more if necessary. 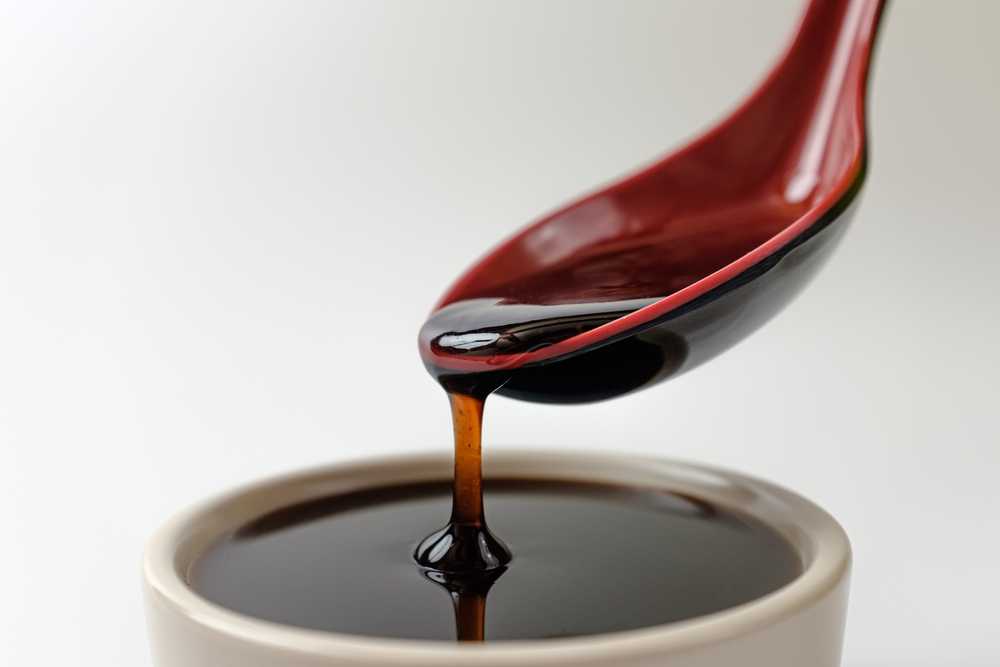 If you want a solution similar to dark soy sauce, then try a teriyaki sauce. Although soy sauce is the main ingredient of this sauce, additions such as garlic and ginger give it a special aroma. It goes very well with meat. It is an excellent choice for marinades and spices because it has a dark color, a sweet-savory taste, and a great texture, just like dark soy sauce.

The taste will not be identical, because teriyaki sauce has slightly different ingredients. Although it won't taste exact, it will be a good enough substitute. 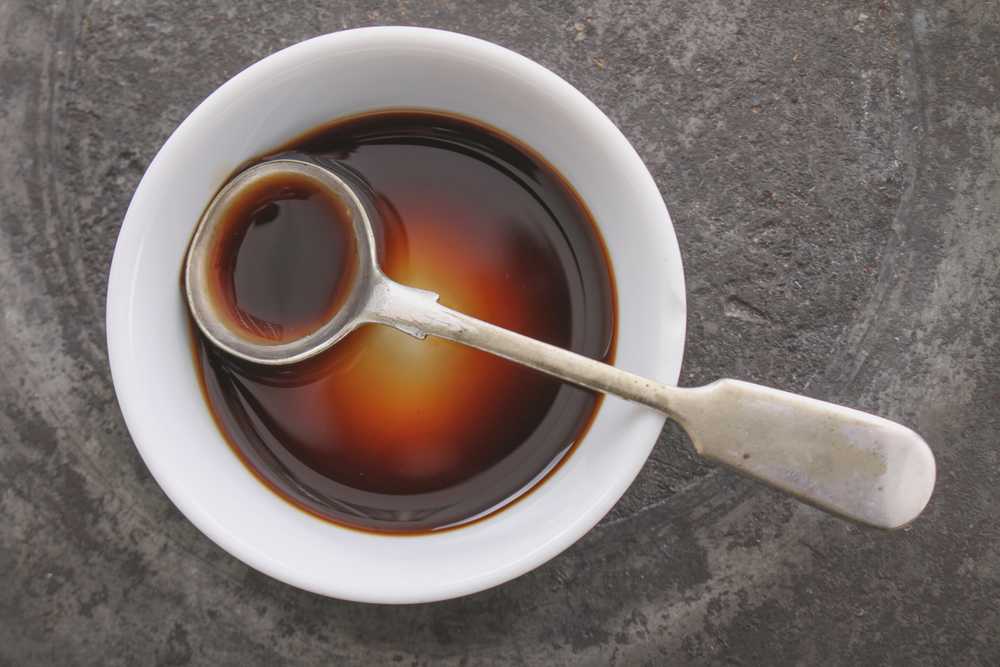 Some believe this sauce is not the best substitute for dark soy sauce because the texture is watery and lacks that sweetness. However, Worcestershire sauce has an umami taste, the perfect amount of spiciness and saltiness. It goes perfectly with sauces, marinades, and meat.

Since Worcestershire sauce has a slightly stronger flavor than the dark sauce, we suggest adding half a teaspoon first. Once you've found the taste that suits you, add more. Also, mix with a bit of sugar to get a sweetness that will resemble the original taste. 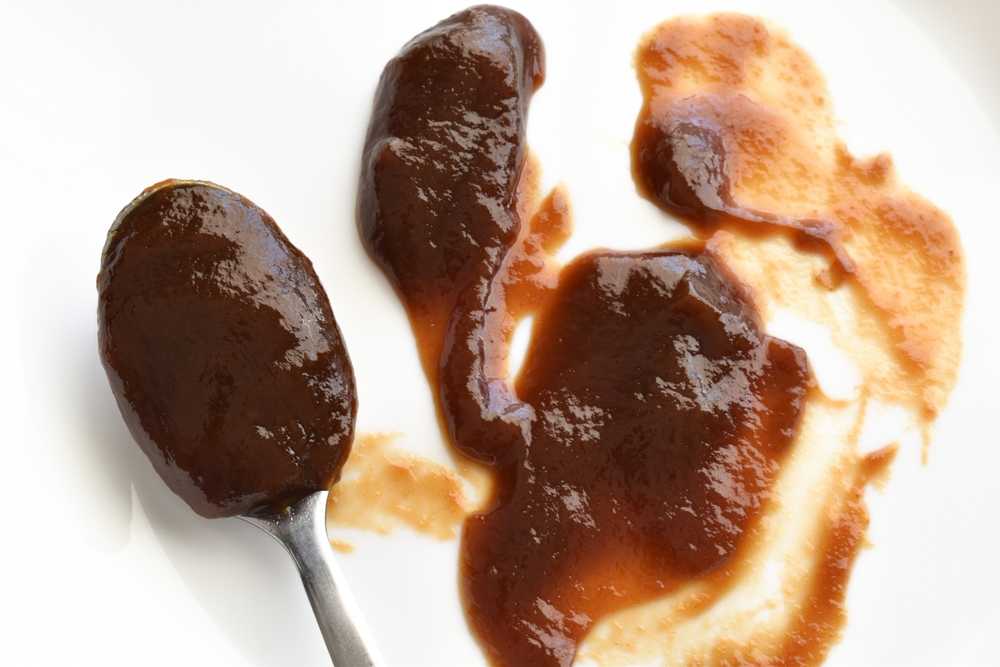 Another great sauce that will serve as a substitute for dark soy sauce is Hoisin Sauce. It has an intensive, sweet-salty taste, dark color, and consistent texture.

Hoisin Sauce is excellent as a sauce for potatoes and noodles, but it is also a great marinade for meat. However, there is a difference that gives each dish a different taste. It's the addition of sesame, garlic, and chili. It seems like an ideal substitute for dark soy sauce, but these ingredients can significantly alter the taste. 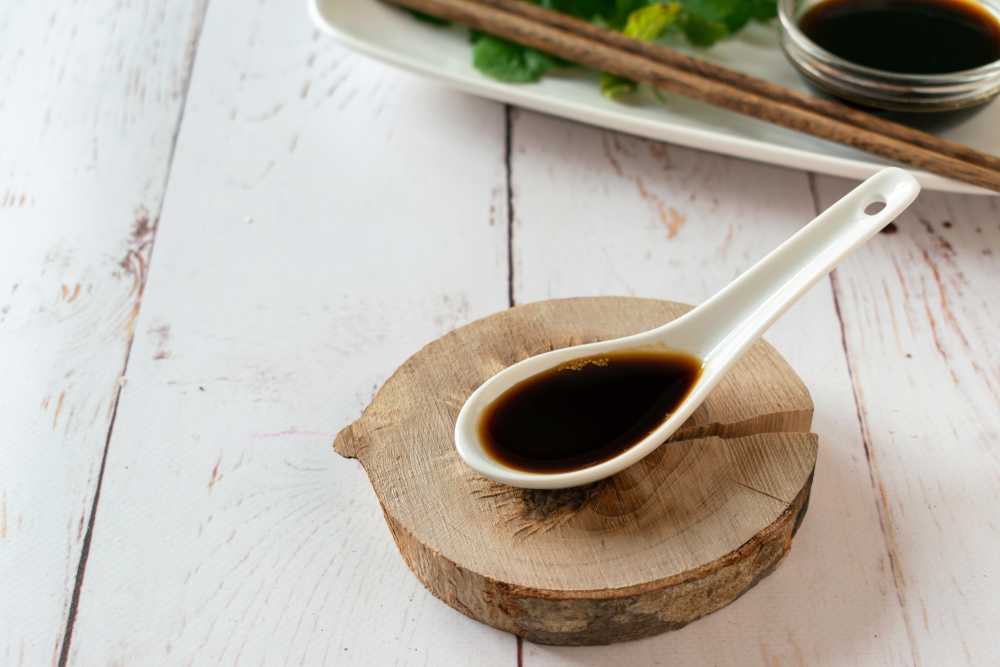 Coconut Aminos may be an unusual choice at first. We know you're worried about whether something from coconut could be a good substitute for soy sauce. But Coconut Aminos generally don't taste like coconut, especially those you can find in nearby markets.

Still, coconut aminos are an appropriate substitute for light or dark soy sauce. If we spice it up, it can be a great option even though it has a less sweet and salty taste. An added plus is that it is a healthy alternative.

Anyway, two crucial things to pay attention to when choosing a substitute for dark soy sauce:

If the substitute meets these two conditions, you have a great way to replace dark soy sauce. Now that you know the best substitutes, you can try new recipes and embark on new adventures in the kitchen.