When is it Safe to Open a Pressure Cooker? 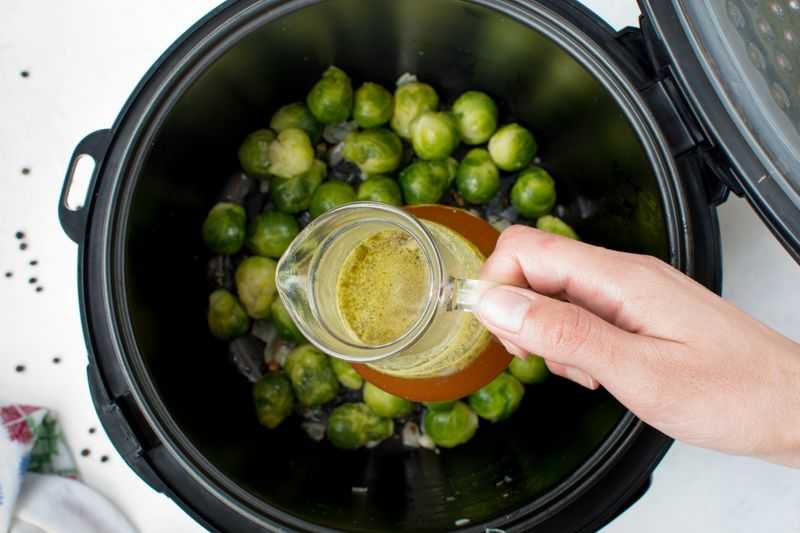 We've all heard terrible stories of people having horrible experiences with pressure cookers. I know there is risk when using a hot pot under intense pressure but if you do it the right way once or twice using pressure cookers and opening them is very safe. It event becomes second nature.

Do you know how to open a pressure cooker the right way? The safe way?

Whether stove-top or electric, you can use pressure cookers to cook a number of different types of foods like meat, beans and pasta sauces.

Essentially, a pressure cooker is made up of three main pieces; they are the pot itself, its lid and a steaming release valve: 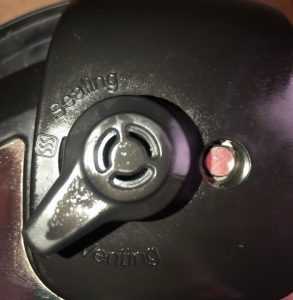 How to Open a Pressure Cooker: Sorted by Safety

To safely open a pressure cooker you must use one of the following depressurization methods: 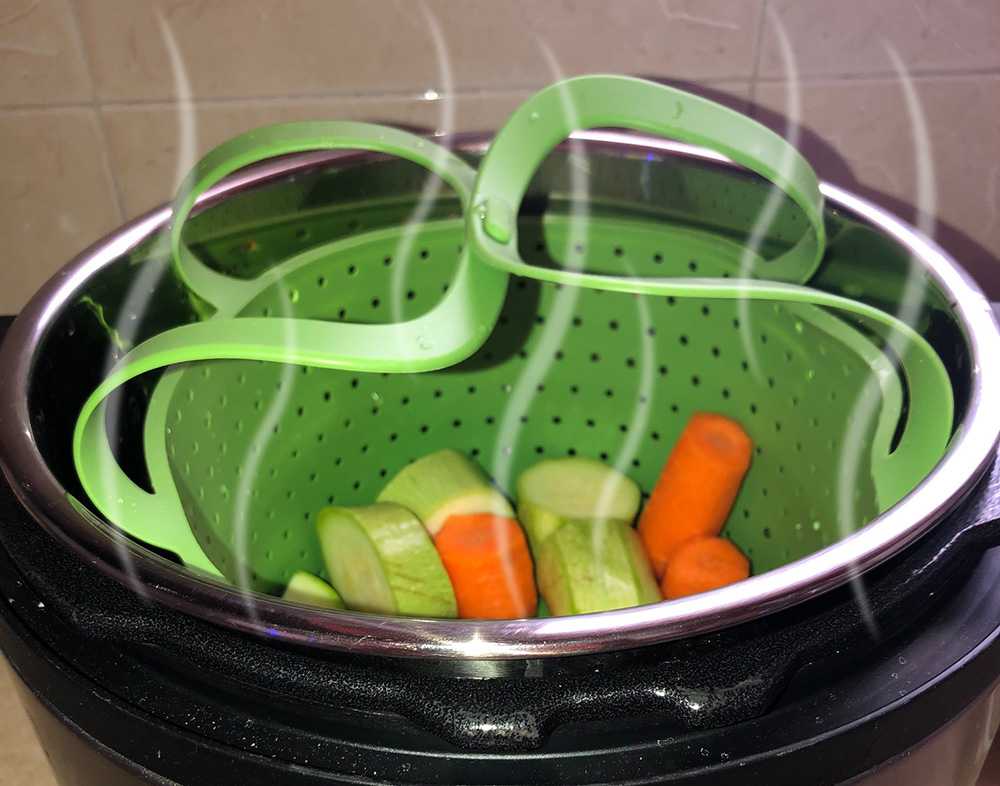 To start the cooking process, the lid is placed on the pot and is then fastened through a series of 'lips.' These are basically grooves that ensure the lid doesn't fly off during the cooking process, as the pressure builds. For even more security, a rubber ring is included around the inside of the lid to keep it from twisting off accidentally. Once the lid is properly locked into place, it is pretty secure and safe for use.

Some of the pressure cookers offer even more safety features that make it virtually impossible for the lid to be removed before pressure is released or vented.

So How do you Know When it is Safe to Open a Pressure Cooker?

Whenever a liquid under pressure is depressurized suddenly, the gases contained in the liquid (including steam), will expand rapidly. If the proper steps aren't followed, the contents of the pressure cooker can 'explode' when the lid is removed. This could be quite harmful to individuals nearby and could also create a huge mess. However, this is not an actual explosion caused by combustion; it is the almost immediate expansion of gases.

To prevent this from happening, there are certain steps that can be taken. Below are three of the safest and most frequently used approaches to safely opening a pressure cooker: 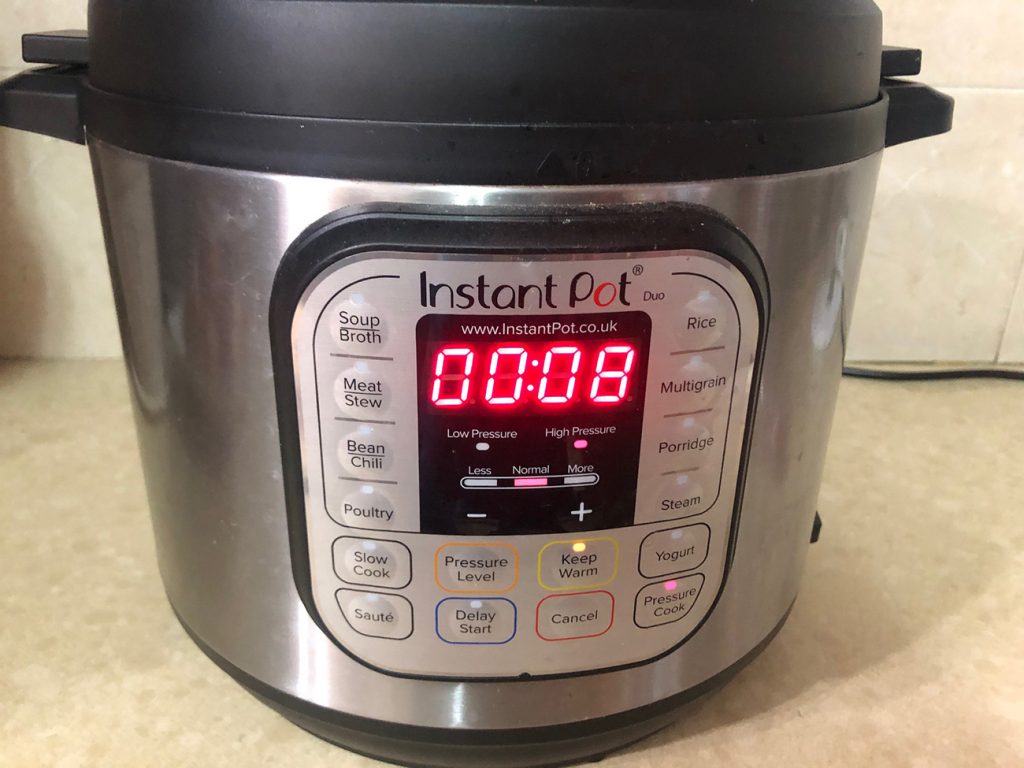 This method involves removing the cooker from the stove and allowing the pressure to slowly drop to a safe level. The process takes approximately 10 to 15 minutes to get rid of the pressure; however, it could take longer. Please note that if the lid offers any resistance while removing it, you should immediately stop and allow the cooling process to continue.

The natural release method is ideal for legumes, rice, pasta and other foods that create froth and foam while cooking. Additionally, the natural release method could improve the tenderness and texture of pressurized meat. This is because the inside of the pot remains hot for a while before the pressure is naturally released. However, this method should not be used for foods that require short cooking times, as you could run the risk of overcooking.

This quick release method is the quickest way to depressurize a pressure cooker. However, you should ensure that the manufacturer does not advise against the use of cold water release. 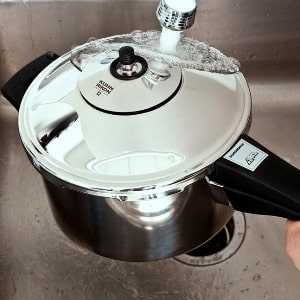 The process involves putting the stovetop pressure cooker pot in the sink and running cold tap water over it. Make sure the valves or vents are not in the direct path of the water. This release method takes about 20 seconds and as such, it is ideal for foods with shorter cooking times.

This method should never be used with electric pressure cookers.

This release technique involves the fast release of vapor by removing or lifting the valve, turning a dial or pushing a button. It is ideal for interrupted cooking that involves adding food that cooks quicker than food already in the cooker. For example, meat needs a longer cooking time than vegetables; therefore, when cooking stews, the vegetables would be added later.

With these tips in mind, you can go ahead and safely use the pressure cooker to shorten the cooking time of your favorite meals.