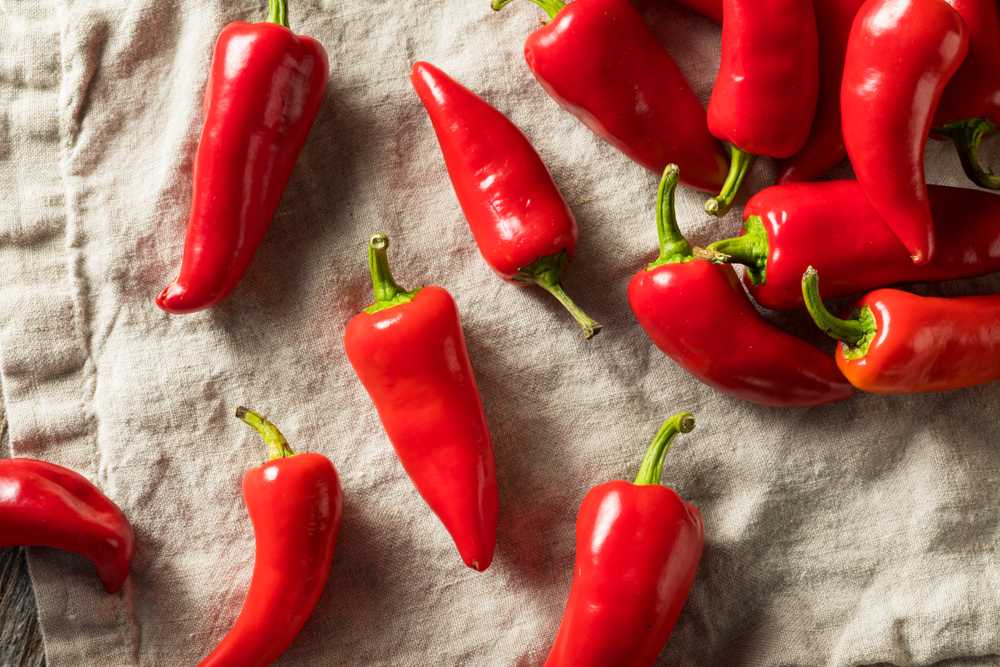 If the recipe calls for a milder punch of spice, you add Fresno peppers to it.

Fresno chile peppers are the New Mexican Chili that everyone gets addicted to due to their unique taste.

But what will one do if they fall short of Fresno peppers in the middle of a recipe? Well, alternatives are always an option.

So, let us explore the best substitutes for Fresno Peppers and find out how to use them as Fresno peppers replacements.

Also, check out the spice levels of Fresno and its substitutes at the bottom of the article and choose the best Fresno alternative accordingly.

looking for a quick answer?

What Are Fresno Peppers?

Fresno peppers are Jalapeno look-alike medium-sized peppers famous for their heat and flavor. They have thin walls, are mildly hot, and mature quickly.

Cultivators of Capsicum Annum, Fresno chile peppers are high in vitamins and minerals. They are minimal in calories and fat and aid in cholesterol reduction.

They are widely used to make salsas and are frequently added to recipes to enhance spice and flavor.

Green peppers have a slight heat but a lot of flavors. They are pretty versatile and can be used to make sauces, soups, dips, casseroles, and other dishes.

Being mature, red Fresno peppers lack the flavor of their green counterparts but are quite hot. They have a lot of heat and are used to make salsas, marinades, and other things. 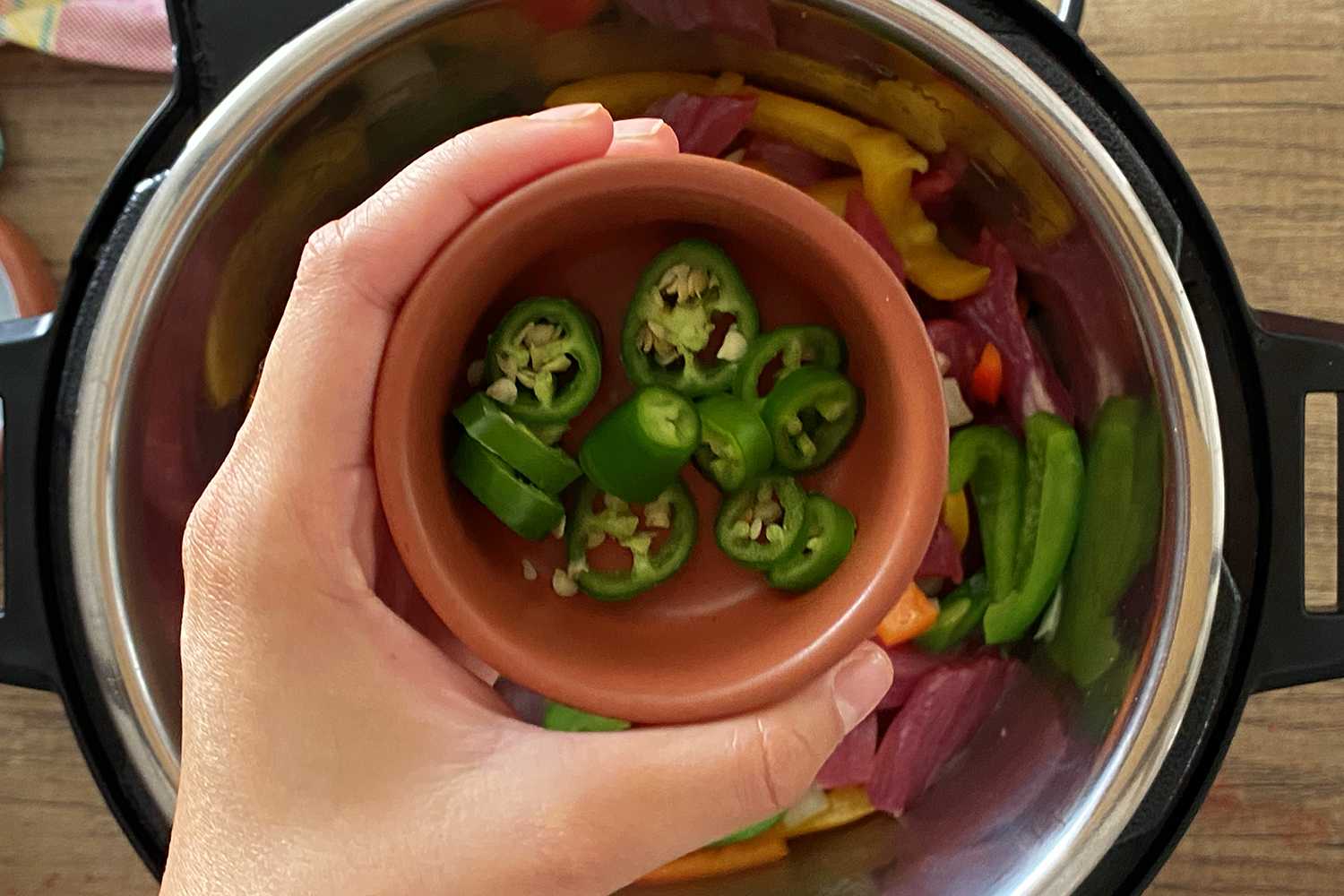 Not only do they look identical, but the ubiquitous jalapeno and Fresno peppers are, without a doubt, also comparable in terms of flavor.

Especially when green, medium-hot jalapenos have the same herbal flavor, making them the best alternative for Fresno chili.

Even when the Fresno is red, slightly hotter, and fruitier than the Jalapeno, it remains the best Fresno chile peppers stand-in.

Moreover, the good thing is that Jalapenos are widely cultivated worldwide and readily available in most vegetable stores. 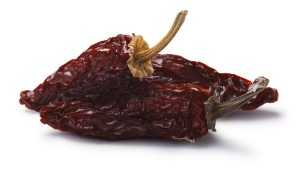 The intense smoky flavor is a significant distinction, but the heat level of Chipotle pepper is comparable to that of the Fresno chili.

Besides, its smoky flavor is rather pleasant and would go well with the flavors of fiery recipes that call for Fresno. However, they will alter the taste of your recipe a bit. 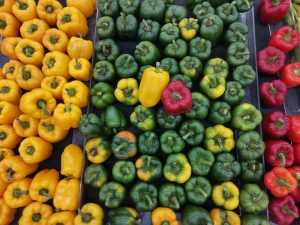 Holland chilies are available in various colors, including yellow, green, and red. These chilies have a mild spice flavor that is sweet, fruity, and somewhat acidic.

It has a similar spiciness level to the Fresno chili, ranging between 5,000 and 10,000 SHU. Therefore, both of them can be used interchangeably.

Holland, or as they call it, Dutch chili, is a Fresno pepper most suitable replacement in salads, soups, baking, or roasting. 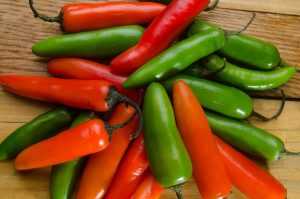 Serrano peppers are up to five times hotter than Fresno chili. This isn't the best Fresno chili alternative for folks who are sensitive to heat.

Regardless, it's a viable alternative to Fresno when Jalapeno, Chipotle, and Holland Chilies are unavailable.

For savory recipes, to balance the heat, utilize Serrano just with ⅓ the amount of Fresno required. 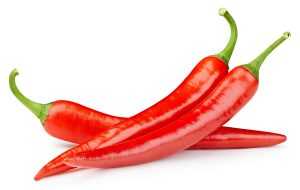 Cayenne is a medium-hot pepper like the Serrano pepper. Cayenne peppers have thin walls and a flavor comparable to green Fresno chili.

Having a similar flavor to Fresno, this pepper is used in recipes such as salsa and hot sauce and for making chili flakes.

Fresno peppers are sweeter than cayenne peppers, so if you use cayenne instead, you may want to add a pinch of sugar to the dish.

Furthermore, Fresno peppers have a somewhat crunchier texture than cayenne peppers. Thus, you will have to reduce the frying time slightly.

6. Thai Peppers – The Kick of Heat 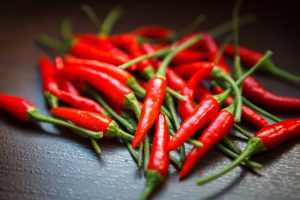 The pink, yellow, and orange Thai Luang peppers are typically hot. They have a great, earthy flavor with high spice notes that will go well with spicy food.

This is a good substitute for Fresno peppers if your recipe asks for the solid kick of spice because these peppers range in heat from 50,000 to 100,000 SHU.

If you don't want your food to be overly spicy, cut back on the amount of Thai peppers.

7. Red Chili Peppers – Just the Pinch of It Will Do 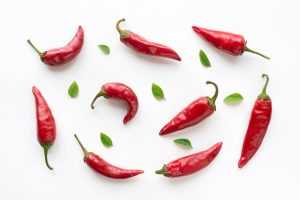 Who thought a common chili pepper such as red chili peppers could come in handy when you fall short on Fresno?

But yes, it will do. They share a zest characteristic with a hint of spice and sweetness.

They're also the same size and shape as Fresno peppers, making them ideal for cuisines that call for Fresno.

So, if you're seeking a pepper that has the same texture and somewhat the same flavor as a Fresno, try red chili peppers. 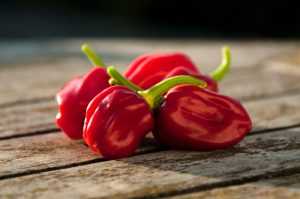 When it comes to being a replacement for Fresno peppers, the Habanero stands in the line of red chili peppers.

If you can tolerate the extensive spiciness, these fiery, crisp, and sweet peppers can be utilized in place of Fresno peppers in various cuisines.

In fact, their crust flavor and smokiness will provide a unique flavor to your recipes. However, as they are really hot, when replacing Fresno Chillies, adjust the level of heat to your personal preference.

Scoville Scale means the number of times capsaicin needs to be diluted by sugar-water. Or in simple words - how spicy it is.