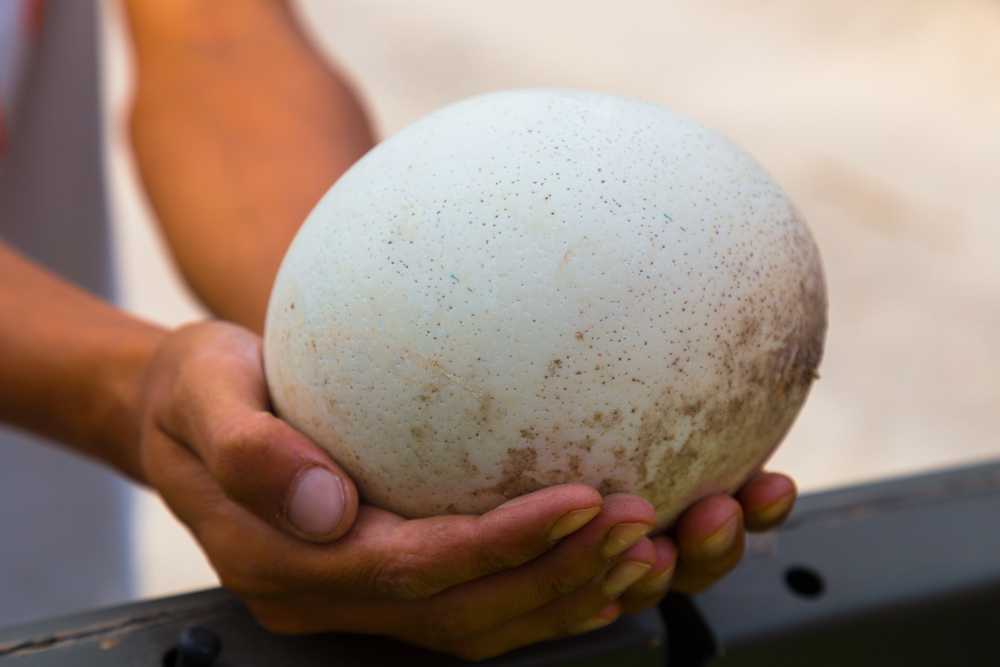 Have you ever wondered about the taste of the ostrich egg? In case you want to try it, you'll definitely have a surprising experience.

Ostrich eggs are, considered by some people, quite similar to ordinary eggs in terms of taste and texture. Yet, there are significant differences in taste and nutritional value.  Some people just love the taste of these eggs, while others avoid them because of their intensity.

Yet, if you're one of those who have to know how something tastes before they try it, you're not the only one. Let's then explore a little more about it below.

Why Is the Ostrich Egg So Special?

The ostrich egg is one of the largest eggs in the world. One ostrich egg usually weighs from 1600 to 2300g. If we turn it into a slightly clearer picture - one ostrich egg is equivalent to 24 regular eggs. An ostrich lays about 40-60 eggs a year.

Another reason why ostrich eggs are unique is containing the highest proportion of fat (around 50% fat). That can be surprising because no other food people eat has this much fat content.

Nevertheless, ostrich eggs are considered good food and are served in many restaurants. It mainly applies to luxury and expensive food. So you can expect a high price per egg. That price ranges from 20-50 dollars per egg. Even the shell of an ostrich egg is expensive.

You must now be wondering what those eggs that cost so much taste like, right?

What is the Taste of the Ostrich Egg? 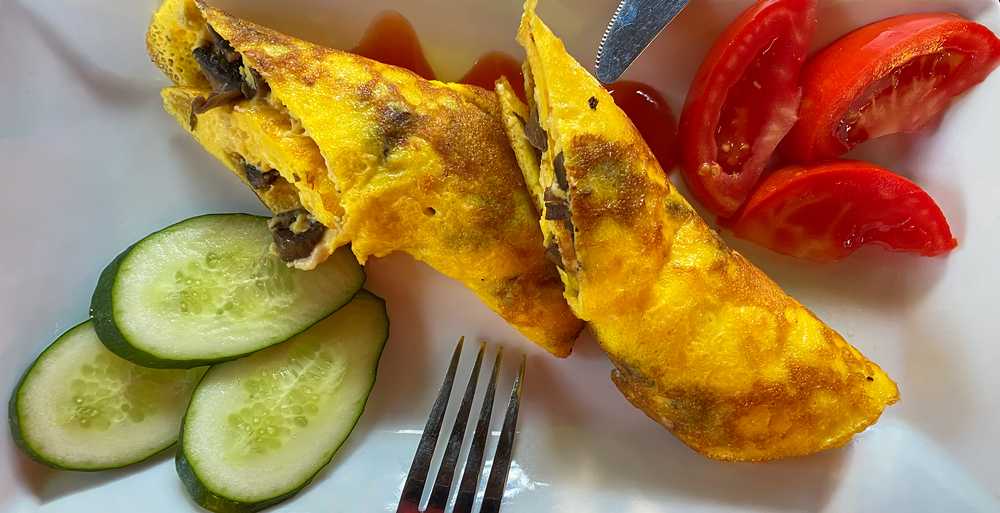 We can say with certainty that there are still significant differences between an ostrich and chicken eggs. First of all, the difference is in size. Even a small amount of ostrich egg is enough to fill you up, while we can't say the same about a regular egg, can we?

The taste of an ostrich egg is a bit more intense than an ordinary egg - it is a little sweeter and more buttery. The taste will also vary depending on how the eggs are cooked. For example, when it comes to scrambled eggs, ostrich eggs have a gelatinous taste because they have transparent pieces. On the other hand, when you cook them, the whites will be rubbery but will taste very similar to a boiled regular egg.

Is Ostrich Egg Healthy to Eat?

Ostrich eggs are very healthy. They are rich in micro and macronutrients that are beneficial for the health of our bodies. Contain

According to Safari Ostrich Farm, an ostrich egg contains approximately 2,000 calories, 45% fat, and about 47% protein. In addition, they contain a large number of fibers and Omega-3 acids. That makes ostrich eggs an excellent diet for people who have problems with the heart and cardiovascular system.

These eggs are special because they have all the ingredients that our body needs for good regulation of digestion and metabolism. The most interesting thing is that one ostrich egg is quite enough to get protein for about 3-4 days which means that one egg is too much for one person. That's why people often eat it in couples.

Also, it is interesting that ostrich eggs are suitable for pregnant women. They have enough calories, minerals, and fats that are useful for the mother, especially for the fetus and its development in the stomach.

What Is the Best Way to Eat an Ostrich Egg?

Given that the taste of the egg changes slightly depending on the way it's cooked, you can try several variations. The first and most popular is the omelet. 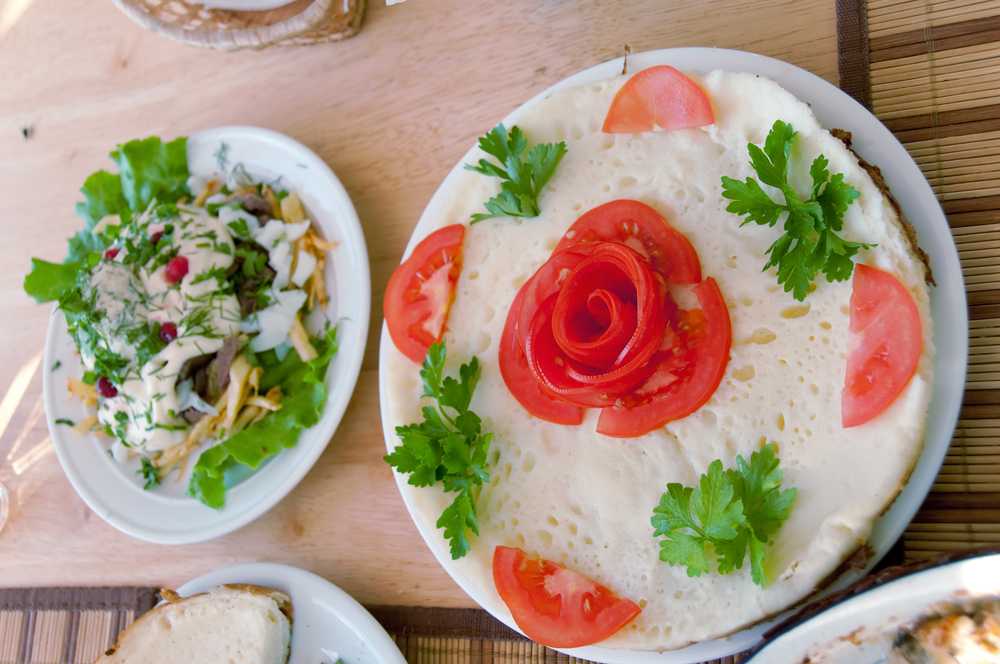 If you want to make the ostrich egg omelet, keep in mind that you will need a large bowl. Break the egg with a hammer, cut the membrane and pour the egg into a bowl and then whisk. The rest is the same as with regular eggs. And with the side dish, you can add anything you like and enjoy, feel free to check this recipe if you want to make an absolute wonder of a dish. It would be best to share breakfast with somebody, so you don't have too much. 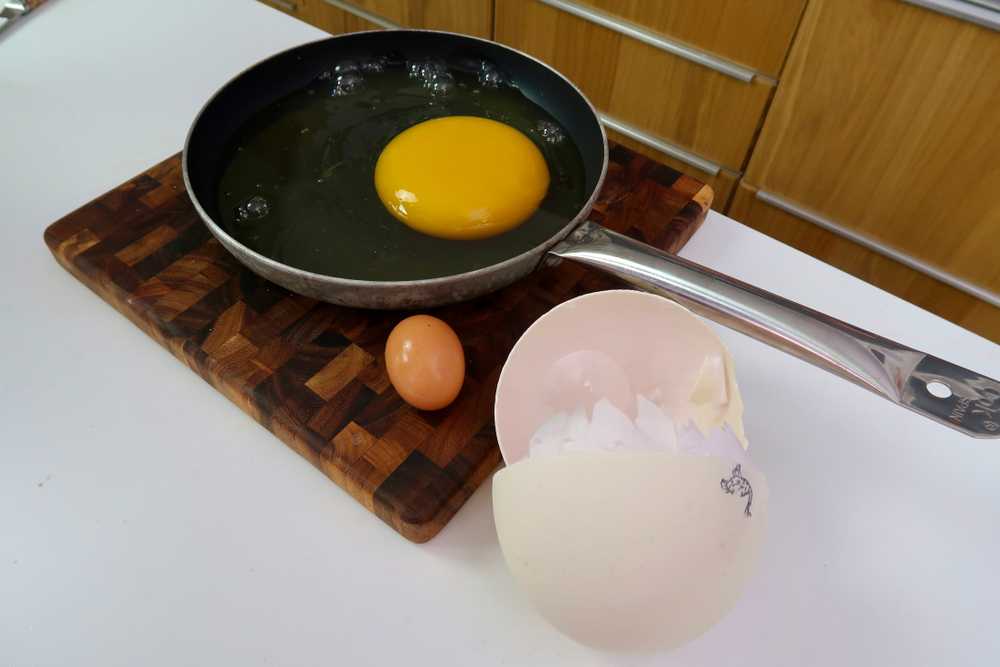 After the omelet, the fried egg is the most popular egg dish. Bake an ostrich egg in the same way as an ordinary egg. The only thing you have to be careful of is not to break the yolks. Carefully open the egg and pour it into the pan. 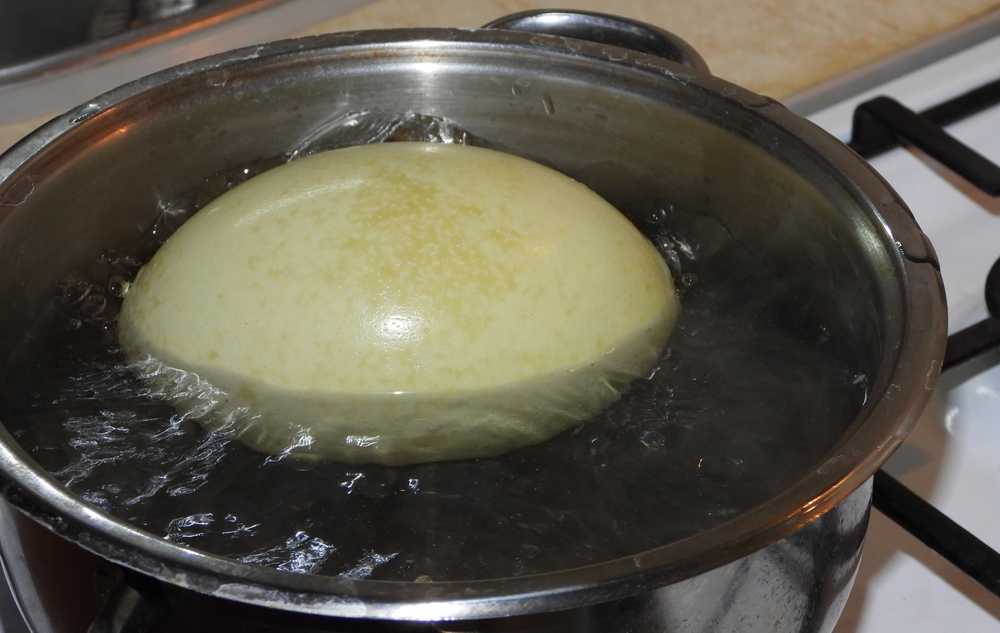 And finally, you can cook an ostrich egg. There is no special procedure for cooking an egg, you just need to boil it for a long time in a suitable container with water. It will take you about an hour and a half to two hours, depending on the egg size. When cooked, peel and eat the egg as usual.

However, if you don't have an ostrich egg and still want to try it, you can always visit the restaurant and order it.

What Can We Conclude?

Although there is some difference in taste between chicken and ostrich eggs, it’s worth giving this exotic food a chance. In addition to being tasty and large, they are rich in nutrients that are important for our bodies. A small dose of the egg is enough to cover some basic needs of our body. So it can be valuable for heart patients or pregnant women.

After all, it is a great choice if you want to introduce some novelties into your eating habits.

Is an Ostrich Egg Edible?

Ostrich egg is edible and belongs to one of the exotic specialties.

Is an Ostrich Egg Healthy?

Ostrich eggs are very healthy. They are rich in micro and macronutrients that are beneficial for the health of our organisms. It contains numerous vitamins, minerals, omega-3 acids, fats, proteins, and fibers. They are also very healthy for pregnant women and the fetus during pregnancy.

Does an Ostrich Egg Taste the Same as a Regular Egg?

An ostrich egg has an almost similar taste to a regular egg. But it's a little more intense, sweeter, and more rubbery.