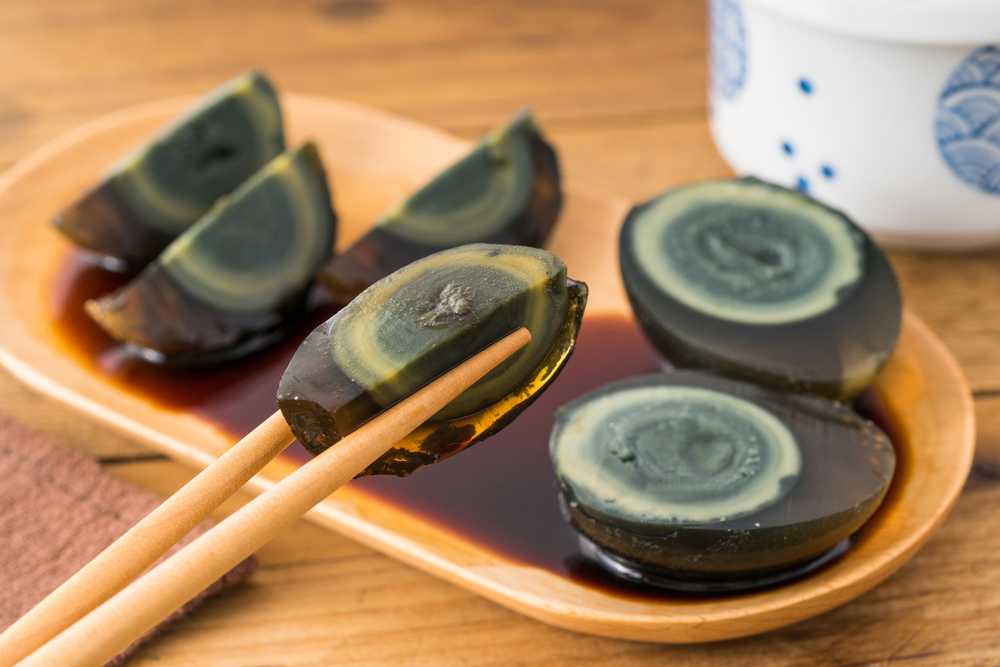 You love trying new dishes, tastes, and textures, but when someone suggests a century egg, you're not sure if you want to try it. We understand you. There are so many myths and prejudices about these eggs and their taste. We suggest you familiarize yourself with the facts about what a century egg tastes like before you try them.

Because of its unusual appearance, color, and smell, people often hesitate to try this food. The century egg has a complex taste. They have a salty, juicy, and creamy taste that resembles blue cheese. However, the taste and smell of the century egg are a bit more complex than that.

So, before you try them, let's introduce you to these eggs' essential characteristics. This information will be handy for you before you decide to try these eggs. Keep reading.

Do You Know What Is a Century Egg?

Century eggs represent hundred-year-old eggs. They are known as canned, millennium, skin, old, or black eggs. However, these eggs are considered 100 years old due to their name. That's not true. They got this name because the process of keeping the eggs takes a long time. It's about duck, chicken, or quail eggs preserved in a mixture of ash, clay, salt, rice hulls, and quicklime. 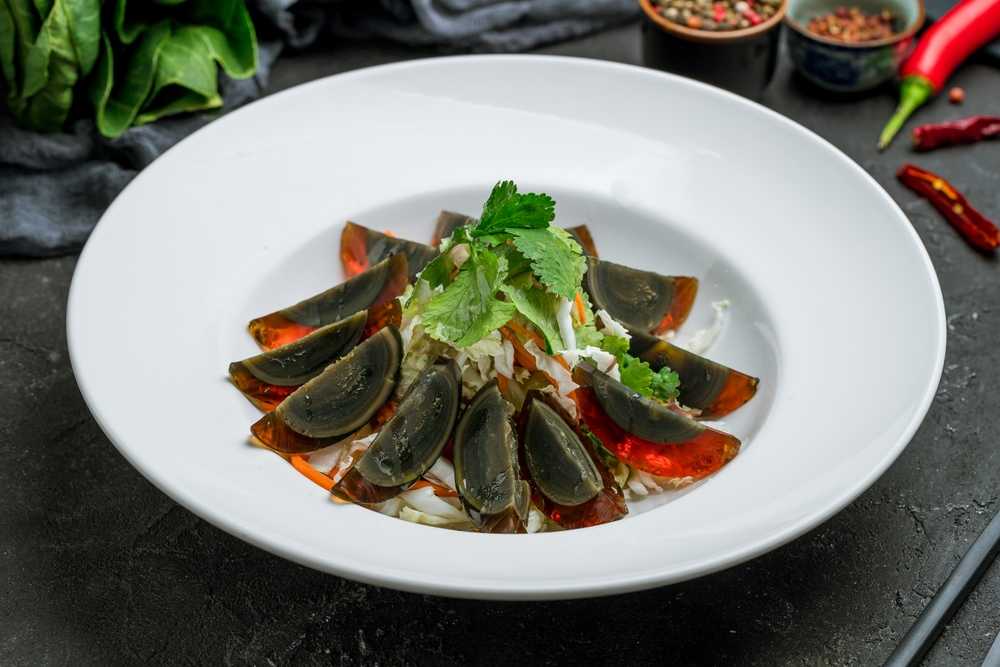 This principle of egg preservation turns the egg white into a dark brown color with a gelatinous structure and the yolk into a green color. Eggs can be stored in this way for up to several months. Depending on the method of preparation and storage, eggs have different colors. Some will be light yellow, while others will be dark brown or black.

This dish is most famous in China and is eaten in different combinations. However, if someone is unsure about trying something with different flavors and textures, familiarize yourself with what an egg tastes like.

Judging by its appearance, the century egg doesn't look like something other than the most delicious dish. However, you will be surprised by the taste. The taste is unique and extremely pleasant and will please your palate.

The egg yolk has a cheesy texture, while the whites are gelatinous and transparent. As a result, century eggs have a rich, salty solid, and succulent taste. In addition, their texture is as smooth as jelly. And they are most often compared to the taste of mature blue cheese. They have a bit of a bitter taste, but just enough to make them tasty.

You might especially like this flavor if you like food with a full, intense flavor. However, the variety of flavors you don't expect will delight you because of the egg's appearance and smell. No wonder these eggs are considered a delicacy. 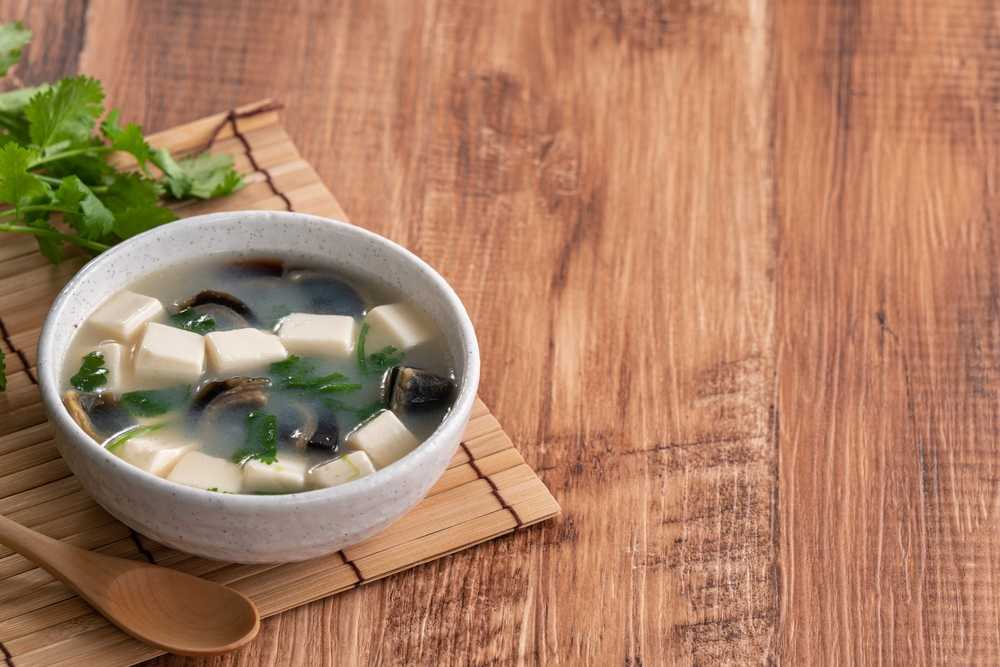 Century eggs are rarely served as a separate dish. They are mostly served together with other dishes that complement them. Many dare to try this dish. But then change their minds and realize that these century-old eggs are excellent food.

However, there is something that discourages people from trying this delicacy. It's about the smell of eggs. So, what do century eggs smell? Do they smell?

We could say that century eggs do not have a pleasant smell. That's what turns many people off at the very start. Nobody wants to eat food with a strange smell, and century eggs have just that smell. They have a strong, pungent smell of sulfur and ammonia caused by the break of proteins.

This smell doesn't indicate that the eggs are spoiled. It's a typical smell for century eggs. However, we understand why many people find it repulsive and therefore give up trying this dish. 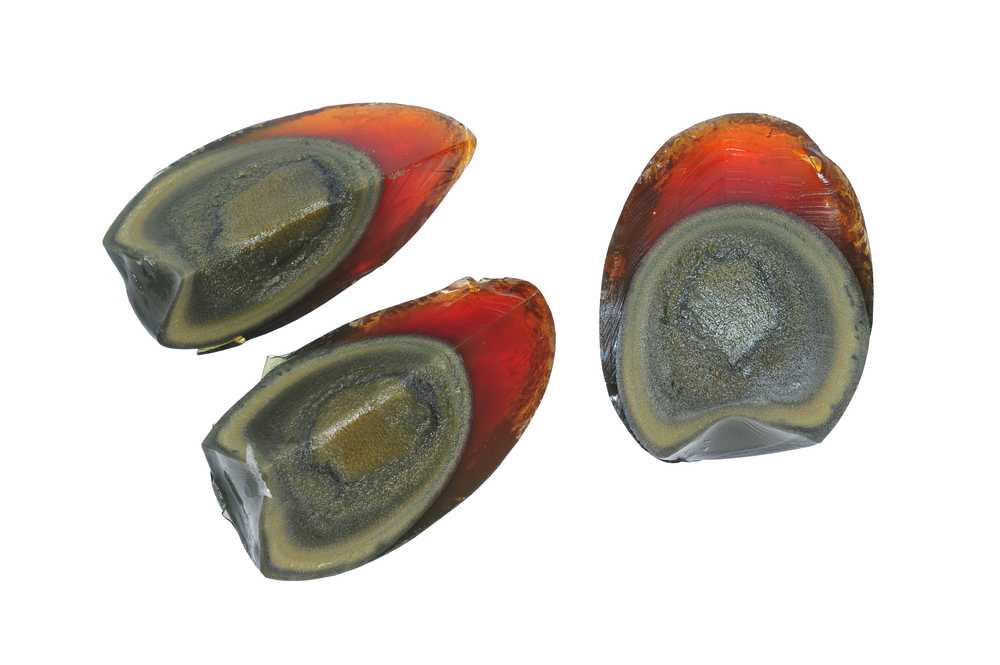 However, if you resist the influence of the smell and the dark appearance, you will discover a new world of flavors. To make it easier, you can plug your nose and put a piece of egg in your mouth. Thus, the smell will not have much effect on the taste.

Of course, only some have the same opinion regarding fragrance. Some people don't mind the smell, some get used to it, and some claim that fresher eggs don't have such an unpleasant smell.

How to eat a Century Egg?

As a specific target, they are worth trying, and the best way to do it is in small bites. We suggest you eat something other than large slices and pieces of egg. That might be too much for you. But, it is enough to take small bites and enjoy.

Eggs are ideally served with tofu, ginger root, and porridge. Also, they are popular in combination with soy sauce and spring onions and usually go to various cooked dishes, such as noodles or congee. 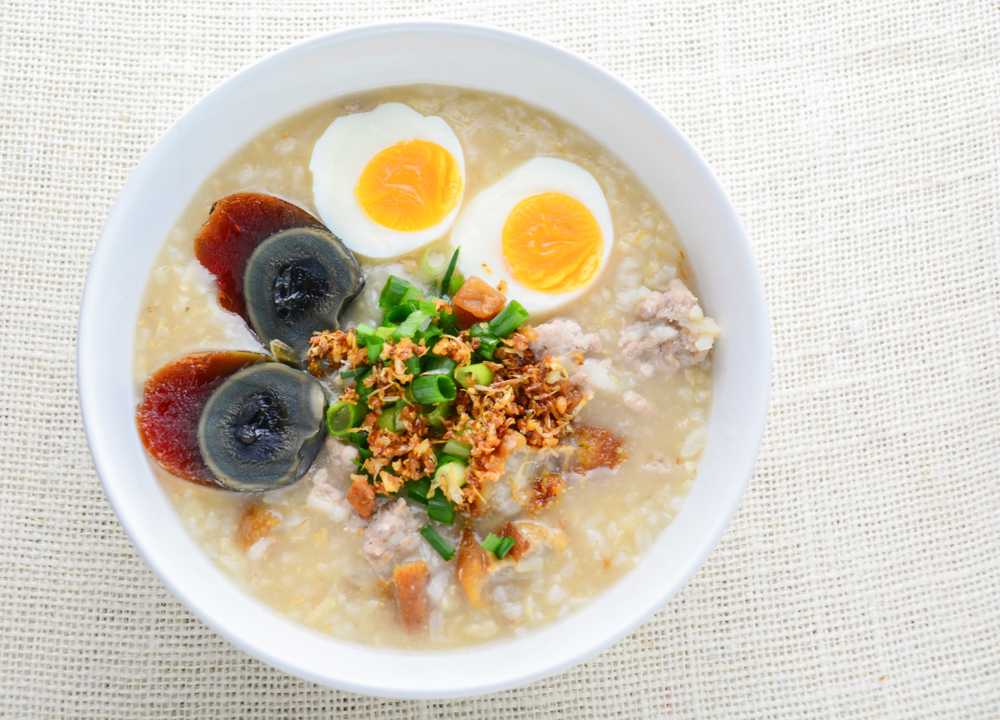 Although they are somewhat controversial, century eggs are rich in proteins, minerals, and vitamins and low in carbohydrates. That's why they are an excellent choice if you are on a special diet, e.g., on a diet.

Century eggs are rich in the following:

Because of this nutritional composition, if you regularly consume hundred-year-old eggs, you will normalize blood pressure, liver function, and vision (due to vitamin A). However, the disadvantage of everyday use is the accumulation of sulfur in the arteries, which is unhealthy for blood vessels.

In Conclusion: Is it Worth Trying the Century Egg?

Ultimately, century eggs are delicious and healthy but with a slightly unpleasant smell and aroma. Despite this, every dish is worth trying because you can get to know a wide range of tastes. This way, you get to know different cultures, create new memories and expand the list of dishes you've tried. In that case, century eggs must be on your list. However, the decision is up to you. But don't forget - try it and judge. It is for the best.

Are century eggs meant to be eaten?

Yes! They are usually served as a side dish and are popular in a bit more exotic meals. Since their taste is unique and a bit strong, they are often avoided by those who are not sure about their taste.

Can you eat century egg raw?

Of course. However, you have to remove the mulch first and peel off the eggshell like with the normal boiled egg.

They are highly nutritious due to their high level of proteins and vitamin A which is needed in our everyday diet.