Is It Worth It To Make Yogurt In An Instant Pot? 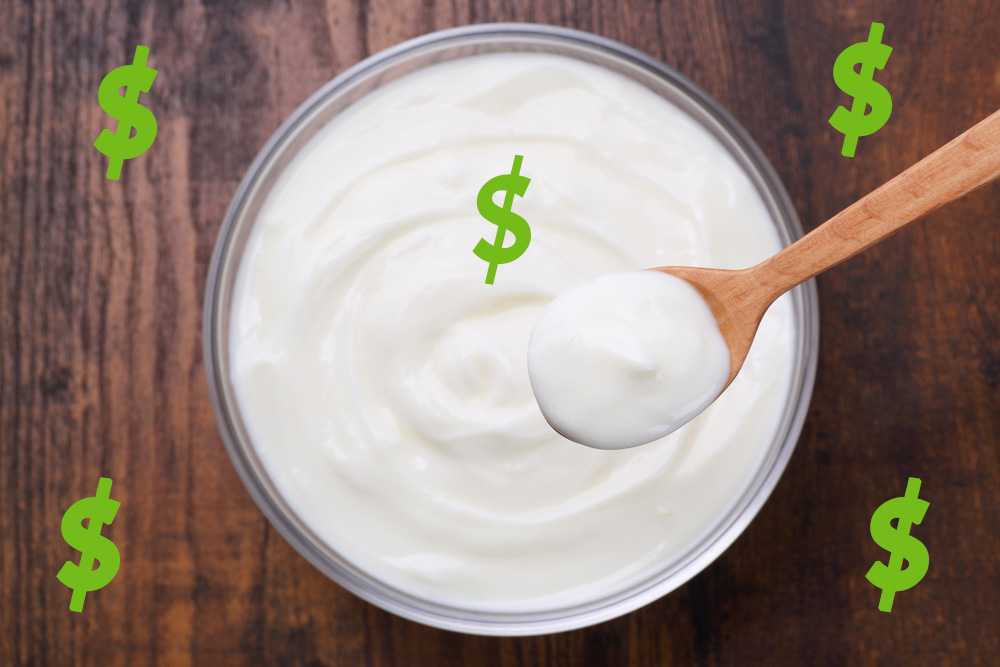 Yogurt is a product you can easily find in the supermarket (in a wide range of versions, consistencies, and flavors) or at the local market. It’s also cheap and available in large quantities at any given time, so why would you want to make it at home?

Before I got my first Instant Pot (which was a 6-quart DUO), I didn’t even think about making yogurt at home. However, since the pot has a dedicated program for this, I decided to give it a try and I never bought yogurt again.

So, if you’re like me wondering what’s all the fuss about making yogurt in an Instant Pot, let me walk you through the process by answering some of the questions I usually get from my readers.

Is It Cheaper To Make Homemade Yogurt? 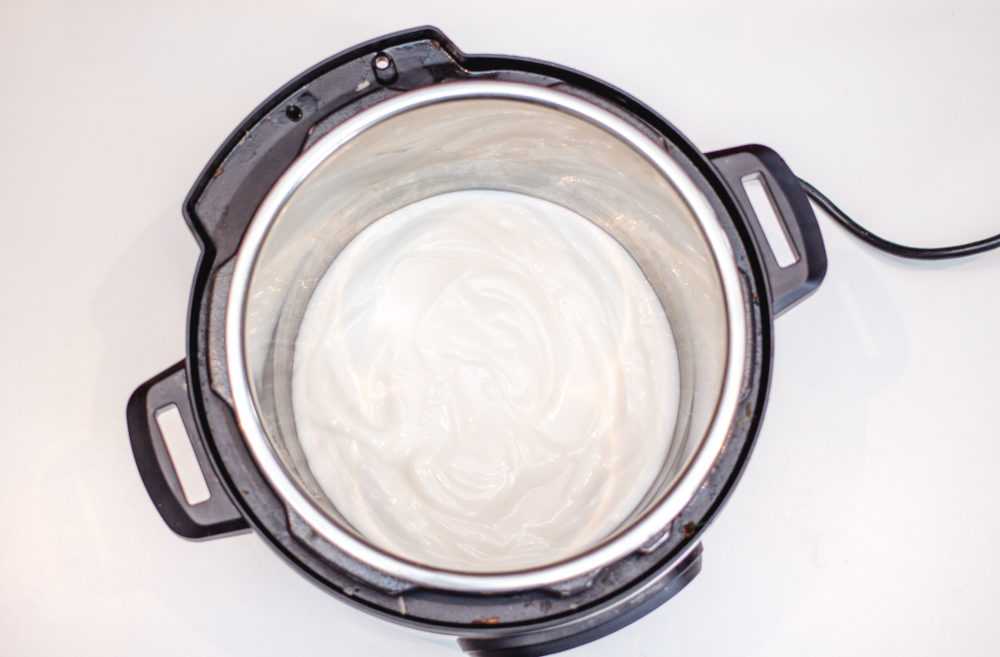 If you’re new to this whole thing, it may sound a bit weird when I tell you that you’ll need to buy yogurt to make more at home. It sounds totally anticlimactic, right?

Well, it’s true. In order to make your own yogurt, you need the bacteria that transform milk into that creamy and delicious mixture we all love. And the closest source of such bacteria is another cup of yogurt (also known as the starter). However, this may as well be the last cup of yogurt you ever buy as you can use a bit of each batch of yogurt to start a new one.

So, in terms of yogurt-related costs, it’s like having a pot of gold that never empties. Still, you will have to buy the milk (the second main ingredient in this recipe). Of course, if there is any way you can get it for free and organic, then you’re set for life - no more spending money on dairy ever again!

Does Instant Pot Yogurt Have Probiotics?

Yogurt is a fermented food so it contains lots of probiotic cultures. Depending on the producer, each yogurt has a different type of probiotics combination. For instance, there are some Greek yogurts that contain Lactobacillus acidophilus and Lactobacillus casei, which are probiotics known to increase the good bacteria in the gut.

So, yes, yogurt made in an Instant Pot will have the same probiotic cultures as the starter you used to make it. As such, you may want to alternate between simple types, Greek yogurt, and other types based on the specifications provided via the label.

How Much Yogurt Can You Make From A Gallon Of Milk?

As a rule of thumb, one gallon of milk should produce one gallon of plain white yogurt. However, if you want to make Instant Pot Greek yogurt, you need to take into account the straining process during which some liquid is lost.

So, when you make Greek yogurt, you will have one gallon of yogurt minus the strained liquid.

In conclusion, there is very little loss and the result is absolutely phenomenal!

How Long Can You Leave The Yogurt In The Instant Pot?

The yogurt should stay in the Instant Pot for the incubation period (from 3 to 12 hours) and the time it takes to chill. Once it is at room temperature, it should be removed from the pot and deposited in containers that will go in the fridge.

This step is important to make sure the yogurt will stay fresh and that you will be able to use the pot for other dishes.

Making Yogurt in an Instant Pot 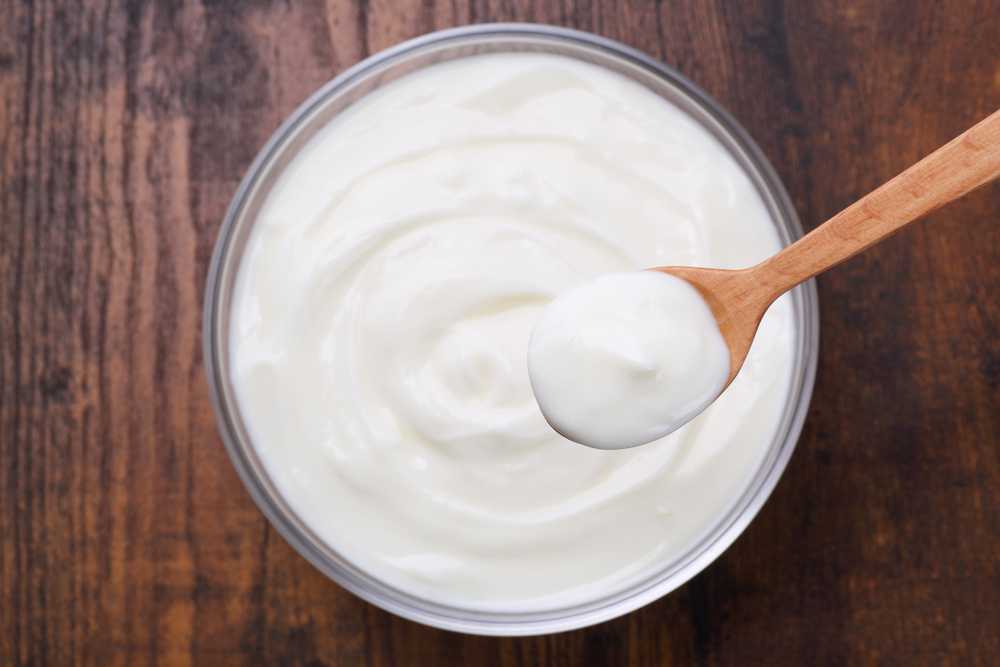 Hoping that I managed to convince you that yogurt in an Instant Pot is cheaper and more convenient than store-bought products, it’s time to discuss the main steps and several special recipes.

The steps below describe the Instant Pot simple yogurt recipe:

Start by selecting the milk you want to use - this step is at your discretion as almost any type of milk works (whole milk, 2%, or skim). Pour it into the pot and set it to boil. The milk needs to be boiled before you add the yogurt to destroy any harmful bacteria and break down the whey.

Quick tip: Depending on the quantity of milk, it may get a bit difficult to get it at 180F and over by using the Yogurt function. But you can set it on Slow Cook (on Low Intensity), which will add an extra 40 minutes to the process without scorching the milk on the bottom.

Once the milk reaches the needed temperature, you need to let it cool down. This step is important so when you add the live cultures, the temperature won’t kill them. Cooling may take about an hour, so if you want to move on the process faster, take the inner pot and put it in an ice bath.

Once it’s cooled down (around 110F -115F), it’s time to add in the culture (or the starter) and whisk the entire mixture together.

Put the inner pot back in the Instant Pot, set the lid on, and select the Yogurt program to Normal temperature. Depending on the consistency you want to achieve, the incubation can last anywhere from 3 hours (for a milder version) and up to 12 hours (for a thicker result).

Once this is done, you should let it cool down naturally (about 3 hours) and then move it into storage containers.

Now, the nice thing about making your own yogurt is that you don’t have to limit yourself. There are other recipes you can try like this vegan Almond Milk Yogurt. Also, you can always add a wide range of ingredients once the yogurt is done such as fruits, cucumber slices, honey, nuts, cereals, and more. I guess you can say that you’re only limited by your imagination!

9 thoughts on “Is It Worth It To Make Yogurt In An Instant Pot?”