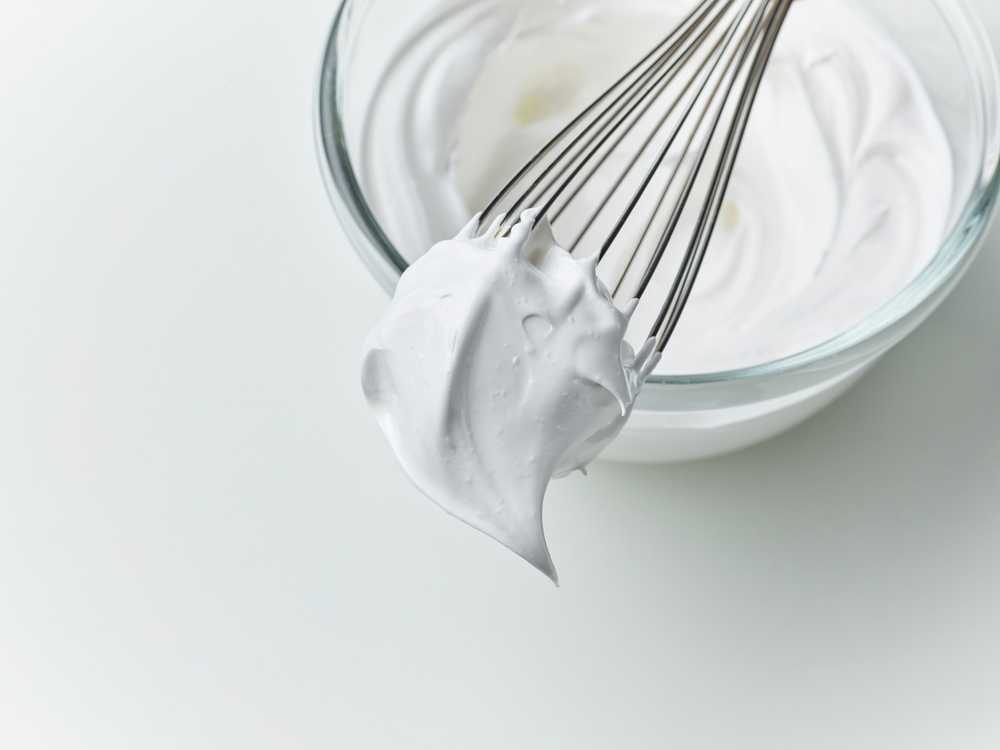 Table cream is a French staple in many recipes. It is a thick textured cream with 18-30% fat.

Looking for the perfect table cream substitute? This is the guide for you. 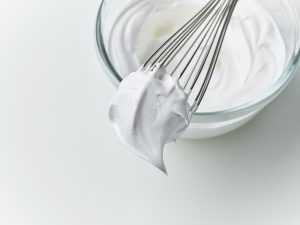 While the fat concentration in table cream is not very low, it is called light cream because it has less fat percentage than whipping or heavy cream.

Although their consistency differs, whipping or heavy cream would make it up to you whenever you fall short of table cream.

However, using and replacing table cream with other creams is easier said than done. So, today let us tell you why using table cream is tricky and what are the 5 best substitutes for table cream.

What is Table Cream?

Table cream, a versatile cream with many uses, goes by different names such as Light Cream, 18% cream, Single Cream, and Coffee Cream.

Many of you may know it as Media Crema, a shelf-stable.

Whatever you call it, table cream is mainly used to enhance the creamy richness of numerous sweet and savory dishes. It also helps to give life to your bland bowl of cereal and cup of coffee.

But as mentioned earlier, table cream is challenging to use in recipes. Therefore, let us tell you what to consider while using table cream in cooking and baking.

How NOT to Use Table Cream?

It is a misconception that table cream is called light cream because it has low-fat content. Although table cream is lighter than whipping or heavy cream, it still has a high milk fat level. On a diet, go for half and half cream as it has a less fat content.

Remember that this cream cannot be beaten because it lacks the necessary fat to generate an emulsion. As a result, it is unsuitable for desserts or toppings. So, when a recipe calls for whipped cream, opt for whipping or heavy cream.

Due to the low-fat content, table cream can break apart when subjected to extreme heat. To use this cream in hot sauces or soups, cook on moderate heat and avoid boiling the mixture. The better option is to use heavy cream for recipes that need high heat.

1. Half and Half Cream 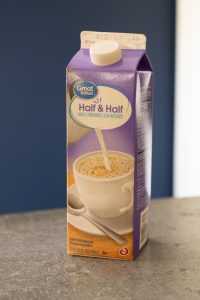 According to USDA, half and half cream is a blend of half milk and half cream. It contains 10.5-17.9% milk fat, which is lesser than that of table cream.

Still, half and half cream is comparable to table cream. Therefore, it may be used in table cream recipes with few adjustments.

For instance, using half and half cream instead of table cream in a sauce or gravy will make them runny. You can use flour or cornstarch to make the sauce or gravy thicker.

Half-and-half cream is also excellent as a coffee creamer, making it healthier than commercial coffee creamers, which include a lot of added sugar.

For some inspiration, check out Recipes With Half And Half.

The primary ratio to use half and half cream as a substitute for table cream is 1:1 cups.

Another best substitute for table cream is evaporated milk because it is readily available in the market and has a thick viscosity.

Evaporated milk, with around 60% of the water removed, is ordinary milk with a thicker texture. The perfect use of evaporated milk is its addition to coffee.

Moreover, being an unsweetened condensed milk, it is an ideal table cream substitute for making savory sauces and gravy.

However, as a substitute for table cream, we recommend mixing it with water because it has a much stronger flavor.

Again, if your mixture turns watery, you can thicken it with cornstarch or flour. 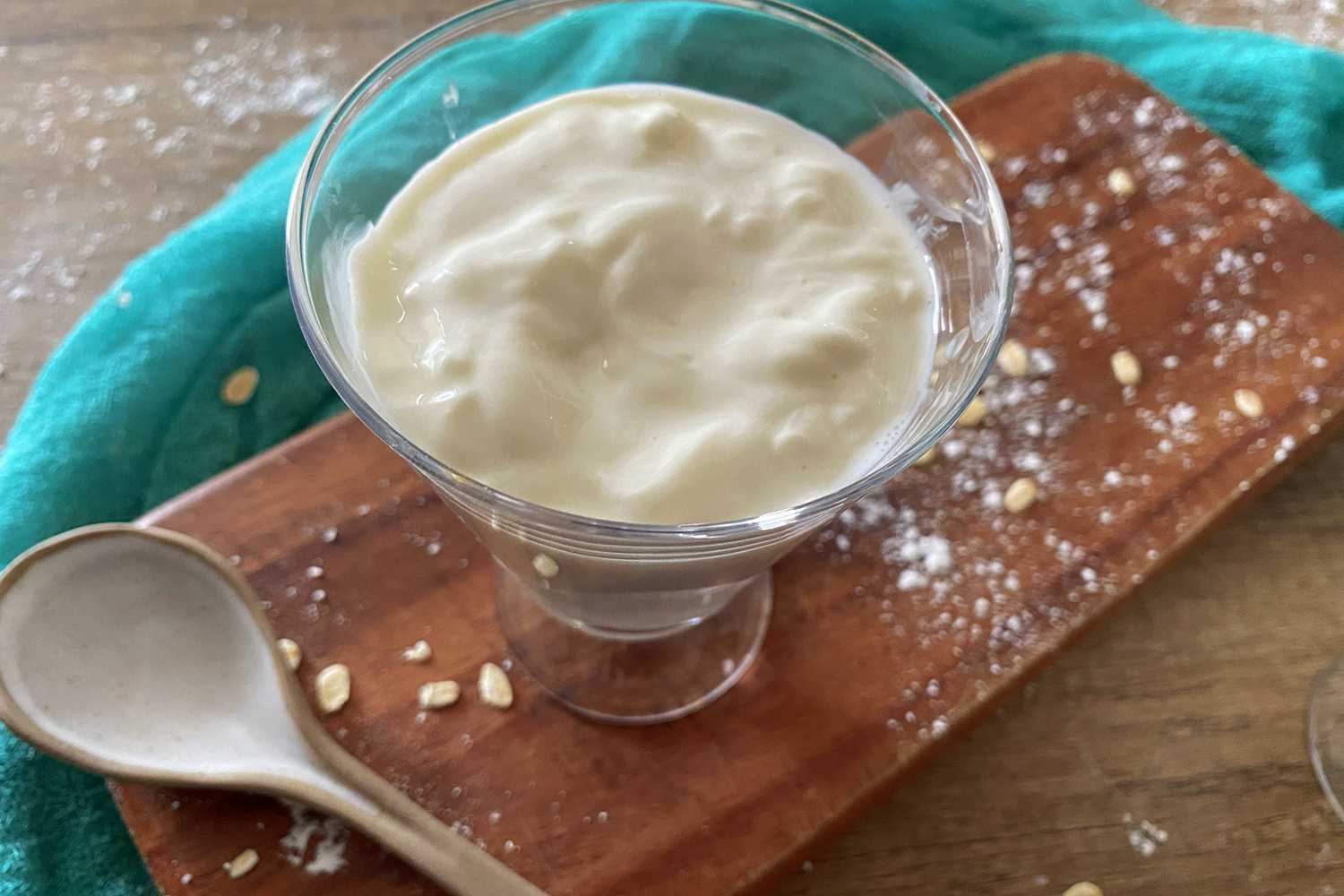 The next on our list of popular table cream substitutes is Greek yogurt. It is also a suitable table cream alternative because it is available in most supermarkets.

The good thing about Greek yogurt is that it doesn't overpower the flavors of whatever you're baking with it.

However, you will find it far too thick if you're substituting Greek yogurt for table cream. So, you may have to add additional milk and mix it to make it thinner.

For ratio: Because it contains a similar amount of fat as table cream, you can use as little less. You can also dilute some of the thickness with milk. 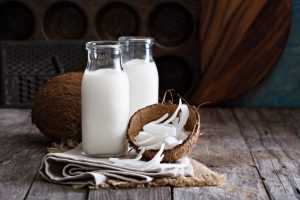 Among the best substitutes for table cream, a vegan option is coconut milk, which is different from coconut water.

Coconut milk, devoid of any animal product, is considered an alternative to conventional milk.

Using coconut milk as a replacement for table cream, you may produce a healthier and more pleasurable coffee or tea.

But first, you will have to cook the coconut milk a bit to thicken it up and add some vanilla extract and honey to make it sweeter.

Then, coconut milk will become the perfect substitute for table cream for various cooking and baking purposes and add a rich coconutty flavor to your recipes.

The recommended ratio to replace coconut milk with table cream is 1:1 cups. 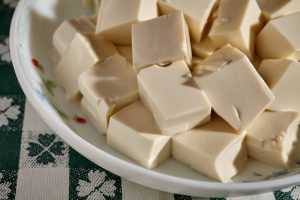 Our last option is silken tofu, another vegan alternative. It doesn’t seem very specific, but first, hear us out.

From meats to sauces, we all recognize soybean as an ingredient used in several recipes. Soy milk, for example, has become a popular health drink.

Silken tofu, manufactured from soy milk, has a softer texture than conventional tofu. It crumbles easily and can be used in place of cream in a variety of recipes.

To use silken tofu as a table cream replacement in recipes, blend it until it turns into a creamy and smooth purée.