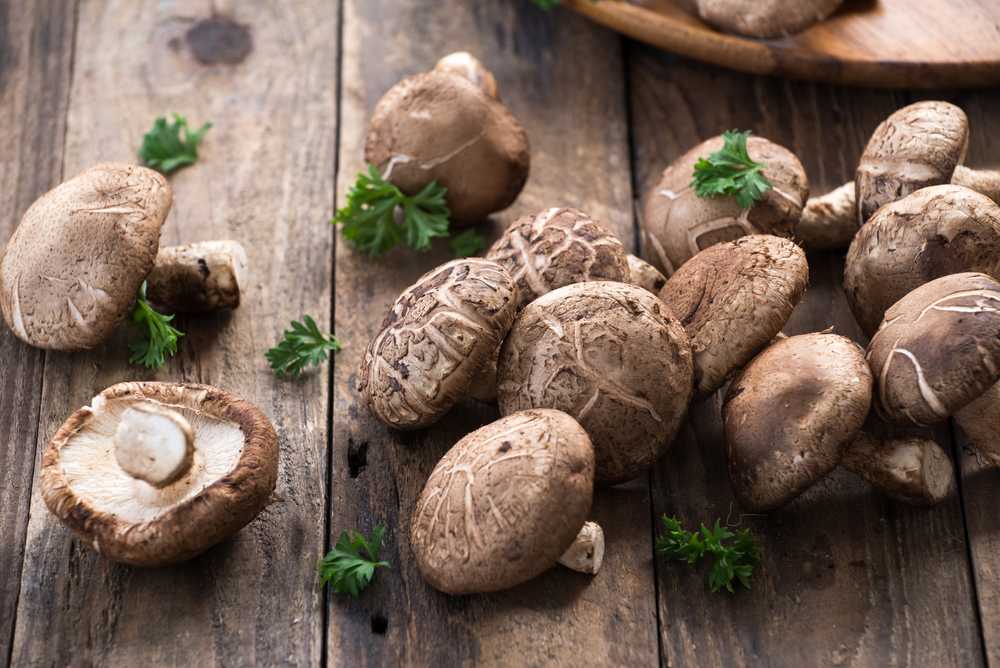 Whoever has not used shiitake mushrooms to make delicious wild mushroom soups must be living on Mars. They are the most commonly produced and consumed fungi.

Are you in need of shiitake mushrooms but haven't found them at the local superstore? Well, it won't be a problem anymore.
Below we list the best shiitake mushroom substitutes that have proven to work in most recipes. So, read the article to find mushrooms and non-mushrooms varieties to replace shiitakes in your recipes without altering the taste.

Shiitake mushrooms are brown-capped, 2-4 inches long, and consumed all over the world but mainly in Southeast Asia.

Hardwood makes the best Shiitake mushroom substrate. Their name comes from shii trees because they grow on them.

They are beneficial to your health. They are low in calories and high in fiber, B vitamins, and other minerals. They are also available as supplements in some supermarkets.

Shiitake mushrooms can be sautéed with green vegetables or used to make mushroom soup. They can also be roasted as a side dish or snack.

Due to their meaty flavor, they can substitute meat and seafood. You may also stir-fry them or add them to pasta recipes.

In most recipes, shiitake mushrooms can readily replace ordinary mushrooms. But let's see how you may replace them with other mushrooms.

The mushrooms we have listed below are famous for their flavor profile and texture. Choose the one that fits your recipe. Also, at the end of the list, check out the two non-mushroom options that can come in handy if you are allergic to mushrooms.

Porcini mushrooms are widely used in European cooking. They have a nutty and incredibly rich flavor. Using them in dishes will bring out a distinct flavor in your cuisine. 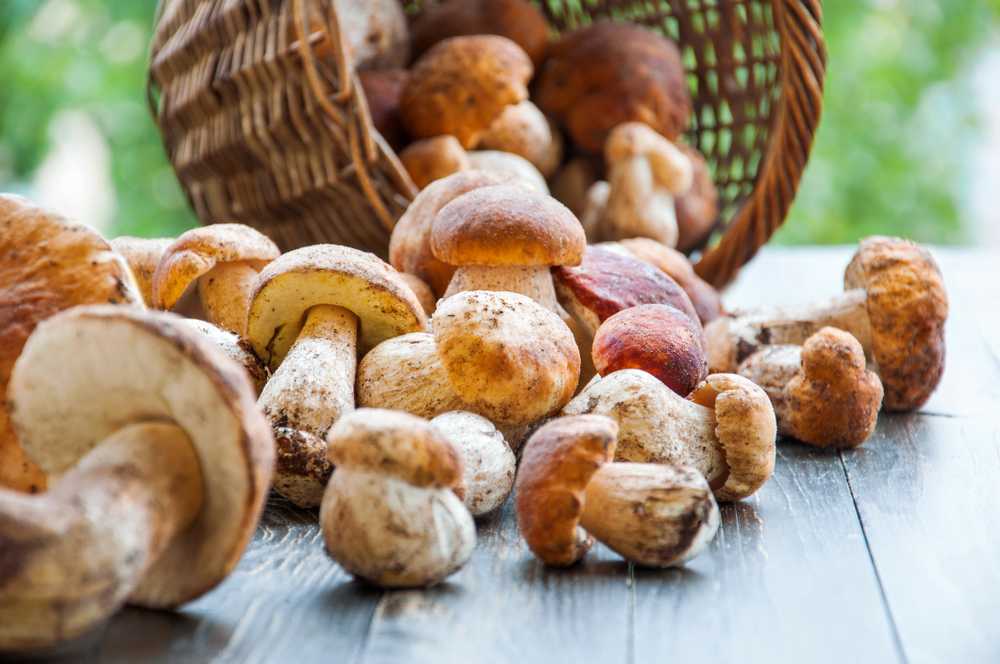 These mushrooms are spherical, meaty, soft, and smooth and are considered the best shiitake mushroom substitute.
Porcini mushrooms taste great in brown sauces and impart a robust flavor to grilled steaks. Also, they are the perfect shitake mushroom replacement in risotto.
Pro Tip: Remember to remove the stems and vertical tubes of Porcini mushrooms before you begin cooking.

Portobello is also a brown-colored mushroom. These mushrooms are available fresh at your market. They also have an earthy fragrance and a solid texture. 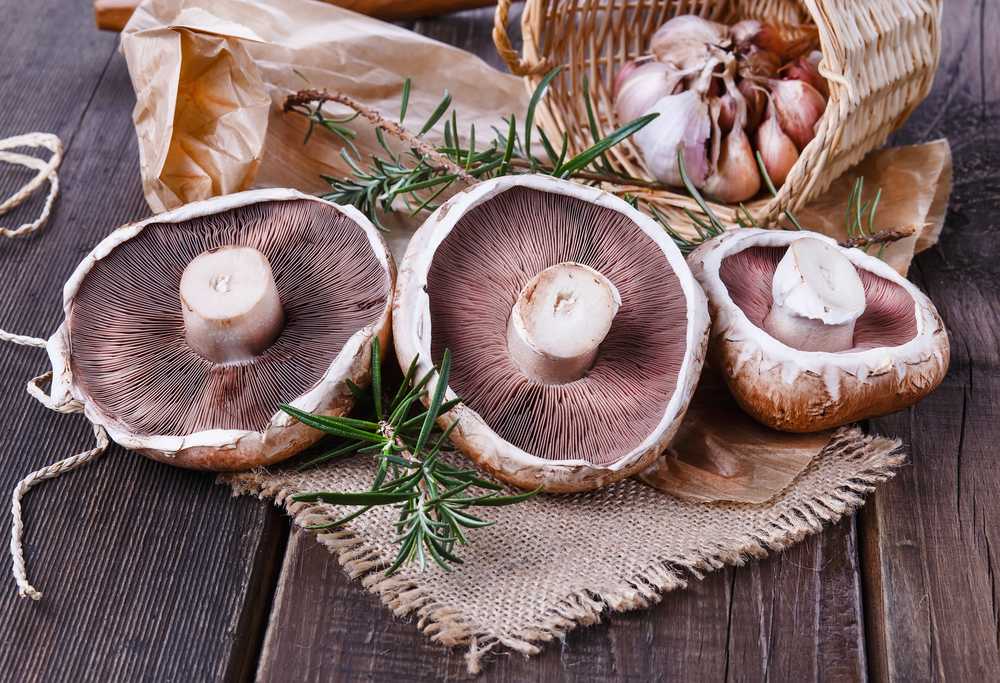 Their texture isn't as hard as oyster mushrooms, but they hold up well to intense flavors like garlic and soy sauce.

They are said to be a reliable substitute for shiitake in recipes that need a meat replacement. Alternatively, you may use portobello mushrooms instead of shiitakes while grilling, roasting, and making a sauce.

Crimini mushrooms are dark hard brown mushrooms with a similar flavor to white button mushrooms. They have a sheath of skin covering the gills and are very smooth with a rounded head, just like shiitake mushrooms. 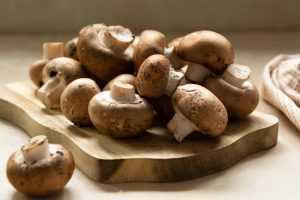 Similar to shiitakes, they have a delicate texture and color that helps to bring out various flavors in your recipes.

Crimini mushrooms can replace shiitakes because they have the required rich and earthy flavor and firm and fleshy consistency. Ideally, they can be used in place of shiitakes in soups and stews.

For more info, you can check out the Best Cremini Mushroom Substitutes.

Pro Tip: Check if the gills are covered when purchasing crimini mushrooms. It indicates that they are fresh.

As a matter of fact, dried mushrooms have a more intense aroma and flavor than fresh mushrooms. Therefore, they are more in demand than fresh ones. 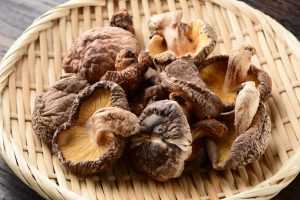 They are both staple ingredients in many Chinese cuisines. However, due to their strong flavor, dried shiitakes are much preferred in soups, stews, and a variety of other dishes.

Pro Tip: Soak dried shiitake mushrooms in water to soften them so you can quickly chop them, and rinse them in cold water for 15 to 20 minutes before cooking.

5. Oyster Mushrooms – An Alternative with a Meaty Texture 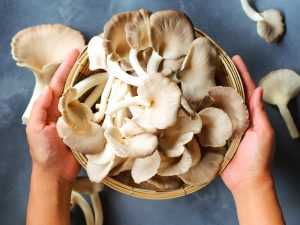 When shiitakes are unavailable, oyster mushrooms can be used as a wild mushroom substitute. You may use them as a substitute in most cuisines because they are adaptable.

They have a faint and subtle shellfish flavor. They are exceptional and unique because their texture is quite meaty.

Pro Tip: Soak oyster mushrooms prior to cooking because they have a tough, fibrous texture and take longer to cook.

Lobster mushrooms are easily identified by their vivid orange hue and tiny white dots. These fungi have a similar flavor to oyster mushrooms. 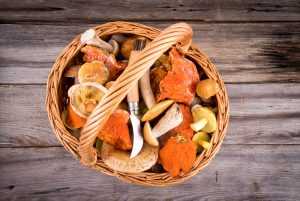 Although lobster mushrooms lack in the visual department, they offer a lot when it comes to adding taste and flavor to your cuisine.

They give your cuisine a subtle earthy flavor. Therefore, they can be one of the best substitutes for shiitake mushroom in numerous recipes.

Pro Tip: To create a potent flavor, marinating the lobster mushrooms in soy sauce and rice vinegar will bring out the inherent taste.

The Maitake mushrooms, also known as the hen-of-the-woods or sheep's head, etc., are a type of delicate mushroom. Most Asian cuisines that call for mushrooms as a side dish pair wonderfully with Maitake mushrooms. 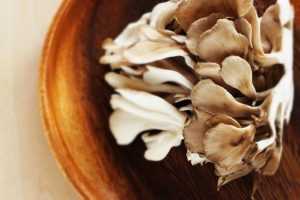 Due to their exquisite texture, when we add these mushrooms to meat meals, they alter the taste of the primary ingredient. Therefore, maitake mushrooms can't replace shiitakes in meats, stews, or fries.

Pro Tip: Maitake mushrooms are substantially larger than shiitake mushrooms, so slice them into bite-sized pieces before cooking.

The enoki mushrooms are delicate kind. They will not provide much texture or crunch to your meals, but they are ideal if you are looking for a flavor boost in your cooking. 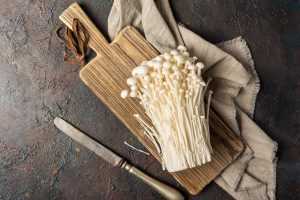 Because enoki mushrooms are high in vitamins and nutrients, they are especially advantageous to vegans and vegetarians who don't get enough of them from their meals.

Enoki mushrooms can be used in place of shiitake mushrooms in stir-fries, sautéed meals, and soups. You can also toss this shiitake alternative in salads, as they can be eaten raw.

Pro Tip: Never overcook enoki mushrooms. In fact, a minute or so over medium heat is required for them to be ready. This implies you should add them when your meal is almost ready.

Tempeh is the most recommended mushroom umami substitute if you are looking for a non-mushroom replacement for shiitakes. 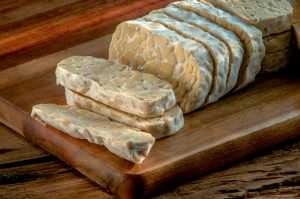 Tempeh can act as a shiitake mushroom substitute because although it is not a mushroom, it tastes like one due to its nutty solid flavor profile.

Furthermore, tempeh is high in umami, giving it a meaty texture and flavor. It works well in shiitake mushroom recipes and is safe for those allergic to mushrooms.

10. Sundried Tomatoes – The Odd One Out

Sundried tomatoes are rich in vitamins and have numerous other health benefits, making them a healthier shiitake substitute. 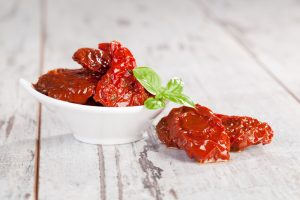 Sundried tomatoes offer acidity and brightness that contradict most mushrooms' character profiles. Beneath the surface, they provide a rich flavor, full of earthiness, that is eerily similar to shiitakes.

This makes them an excellent choice for recipes with intense flavors, as they will not overshadow other ingredients.

The texture of sundried tomatoes as a shiitake substitute is another plus. They're chewy and toothsome, similar to the springy texture of shiitake mushrooms.

Hence proved that we can replace shiitake mushrooms with different mushrooms and non-mushroom ingredients.

Among the list of 10 best shiitake mushroom substitutes, Porcini and Portobello are the closest to shiitake due to their similar flavor.

Cremini and Maitake mushrooms are readily accessible at most grocery stores. They have a similar chewy texture, making them an excellent shiitake alternative in various cuisines.

Due to their similar taste, tempeh and sundried tomatoes are suitable shiitake replacements when you need a non-mushroom variety.

We hope now you know what to replace shiitakes with. So, enjoy the recipe without compromising on the taste and flavor of the meal.