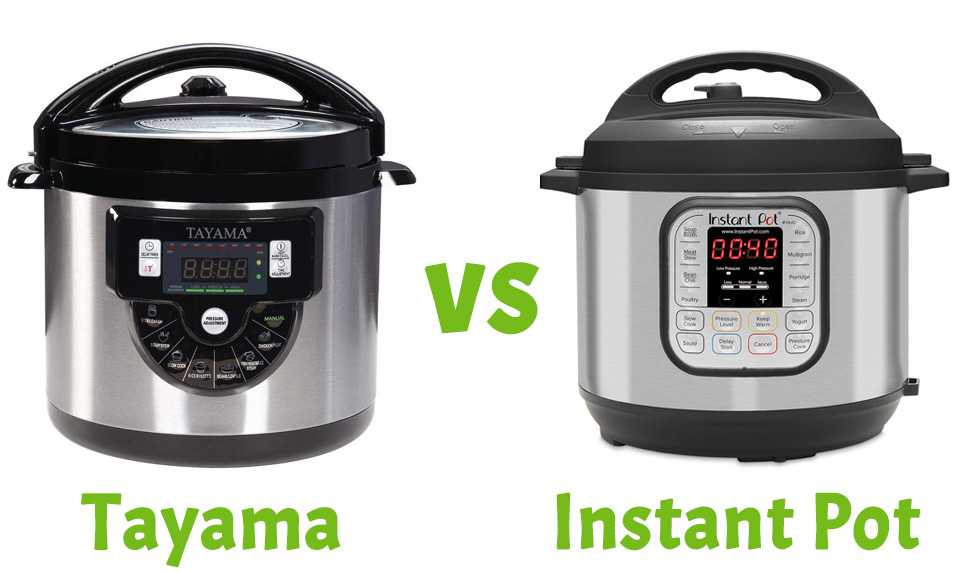 In this article, we're going to compare the very same bestselling Instant Pot with the (very same) Tayama Electric pressure cooker in detail. If you're stuck between choosing the conventionally preferred and trying out on a lesser-known one, this is the article for you!

The Instant Pot: Several series and several models in each series: A brief introduction to model-wise features

The Instant Pot is the bestseller that dominates the electronic pressure cooker market at the present. There are several series of pressure cookers under the brand name of Instant Pot – and new models releasing all the time apparently. These series, in turn, have specific models in them. Let us look at the prime structure and model-wise features now:

[Note: There is a great way to understand it without reading everything. The IP in model names stands for Instant Pot. The next three letters such as LUX or DUO stand for functionalities. The next two numbers stand for volume in quarts. And finally the V-(digit) at the end stands for the version number. For example IP-DUO50 V1 means the first version of the Instant Pot DUO which has a volume of 5 quarts.] 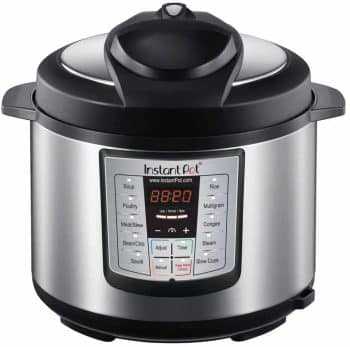 The Instant Pot LUX series has two models: The IP-LUX60 and the IP-LUX50.

The main specifications of the IP-LUX50 are:

The main specifications of the IP-LUX60 are:

There are three main models in the Instant Pot DUO series: IP-DUO50, DUO60, DUO80. All these three machines have a few things in common:

The rest of their features are slightly different. The main specifications of them individually are:

The main specifications of the IP-DUO50 are:

The main specifications of the IP-DUO60 are:

[Click here for the differences between IP-DUO50 and IP-DUO60]

The main specifications of the IP-DUO80 are: 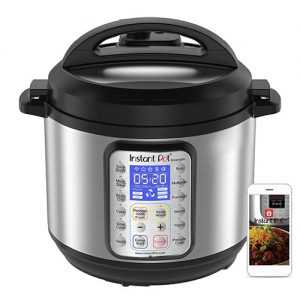 This is a single model series. The Instant Pot Smart is the latest Instant Pot product. Although really expensive, this electrical pressure cooker is one  of the most advanced out there. In fact, the official website describes it as:

This is Instant Pot’s latest model. This cooker is a million-in-1 multi cooker, it can do everything the LUX and DUO can plus, a more informative screen with larger numbers, and a programmable app that connects to the cooker via Wifi. The Smart app lets you dictate specific temperatures and duration of your recipes in unlimited sequences.

The main features of this pot are:

4. The Instant Pot DUO PLUS

This is another single model series. The DUO plus has the same specifications as the DUO. In this model, only one new feature has been added. That feature is:

What about the main features of the Tayama Electric Pressure Cooker?

Yes, we're coming to that as well. The Tayama, as mentioned earlier, is comparatively much lesser known than the Instant Pot but that also gives it an advantage from the economic standpoint. The Tayama has two electric pressure cookers available.

Let us take a look at the common prime features of the Tayama, which are as follows:

Though these two pressure cookers are mostly the same, the main differences between the two Tayama models are as follows:

The main differences between the two

The main differences between the Instant Pot Series and the Tayama Electric Pressure Cooker are as follows:

The verdict - Which one is better?

Well, frankly speaking, Instant Pot is the bestseller. If you're looking for a conventionally tested and certified product and are willing to pay a bit extra for it for the same functionalities (only the yogurt maker is extra), you might go ahead and buy the Instant Pot.

However, if you're willing to take a small risk and try out something new (which is justified given its economic pricing), you might finally end up gaining a lot in almost every aspect with the Tayama Electric Pressure Cooker.

1 thought on “Instant Pot VS Tayama”