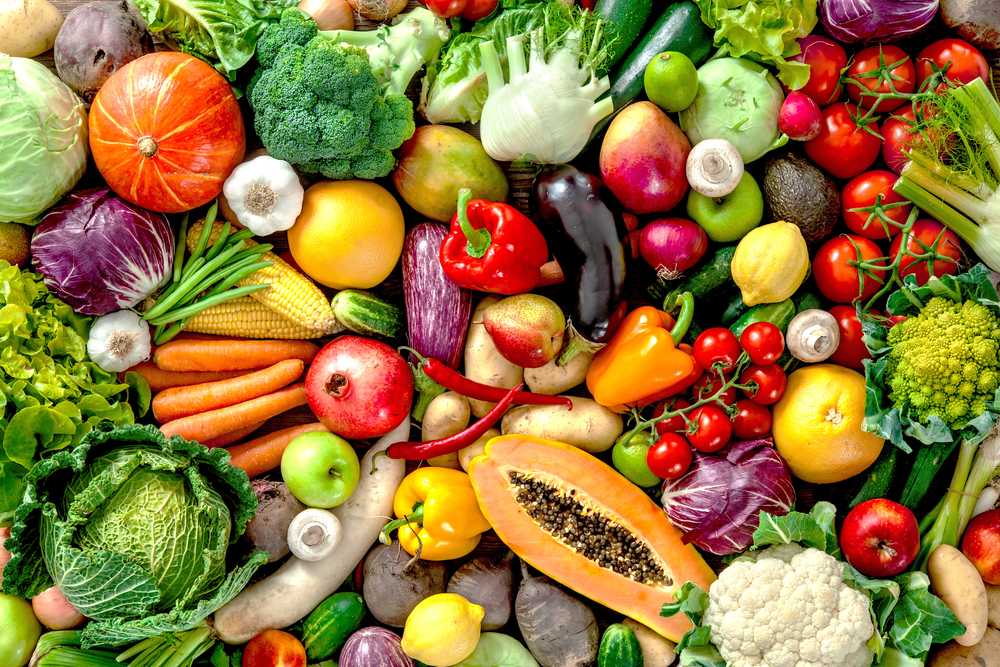 One reason we like to use pressure cookers is that they cook our food really fast. Whether it's meat or grains or veggies - a pressure cooker can give you a moist, tender meal in a very short amount of actually cooking time.

We also love the fact that pressure cooking kills so mach bacteria from our food. It can kill almost all bacteria responsible for food-born illness and it can even stop botulism in it's tracks if cooked at full pressure for a long enough stretch.

This naturally leads you to wonder: "Will pressure cooking also kill off the nutrients in my food?"

The short answer to this question is simply put - pressure cooking will retain more nutrients in your food than all other methods of cooking. In some cases the cooking process will even make some nutrients accessible that otherwise wouldn't have been - even when consumed raw!

There is however more to this story than the short answer. 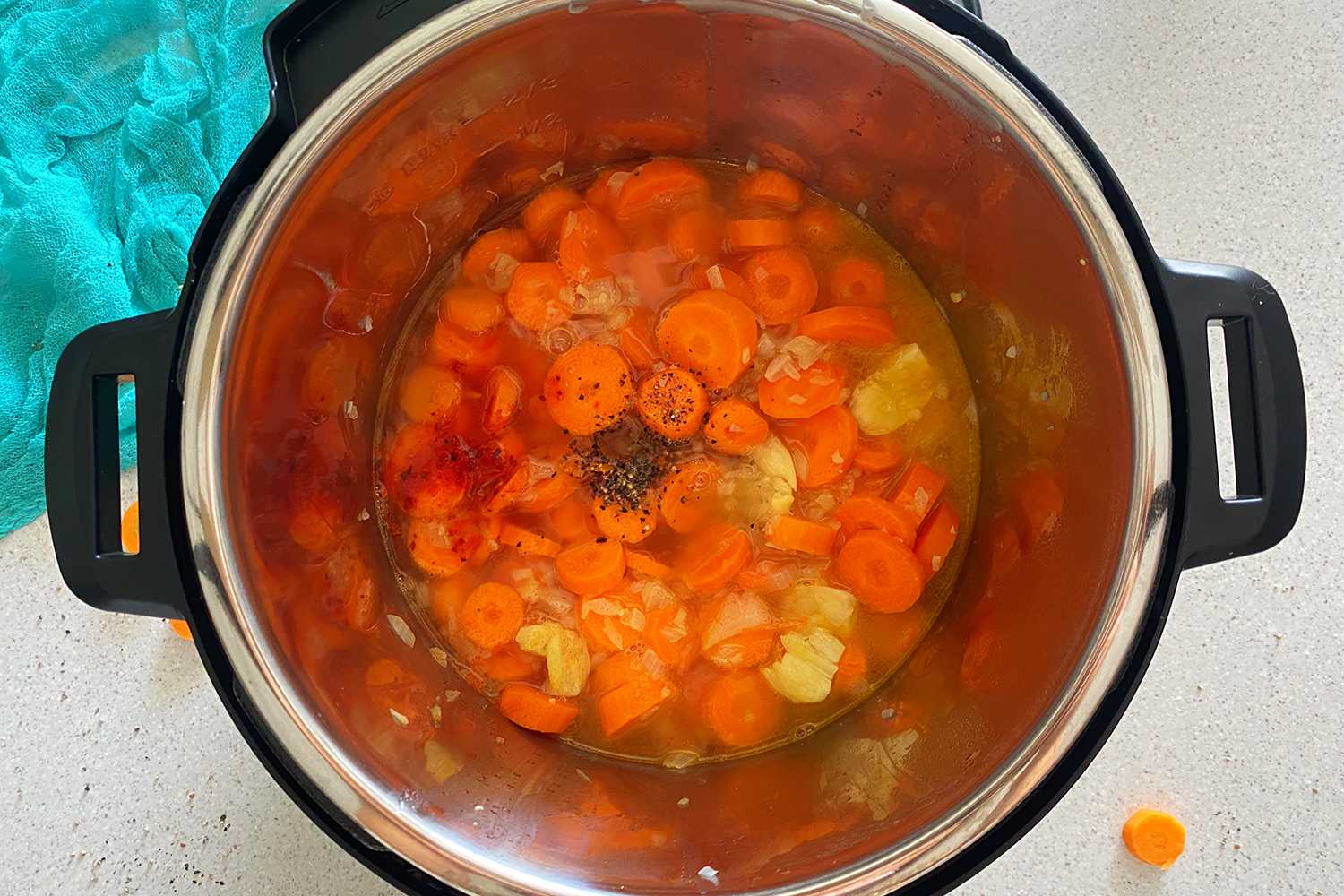 Lechtins are a protein found in lots of grains (like farro or quinoa) and legumes. They are a nutrient and have a positive impact on the body and it's health via the immune system. They are also thought to be bad however due to the challenges they present so many people with digestion.

Here is another great resource on lechtins.

You might think that the lechtins in food would remain intact in a pressure cooking environment because these cookers do not remove nutrients from food but in fact there is scientific findings to suggest a link between pressure cooking and the deactivation of lechtins.

You may need to cook your beans on a high setting for longer than you would normally but it looks like pressure cooking is the best way to remove lectins from beans. 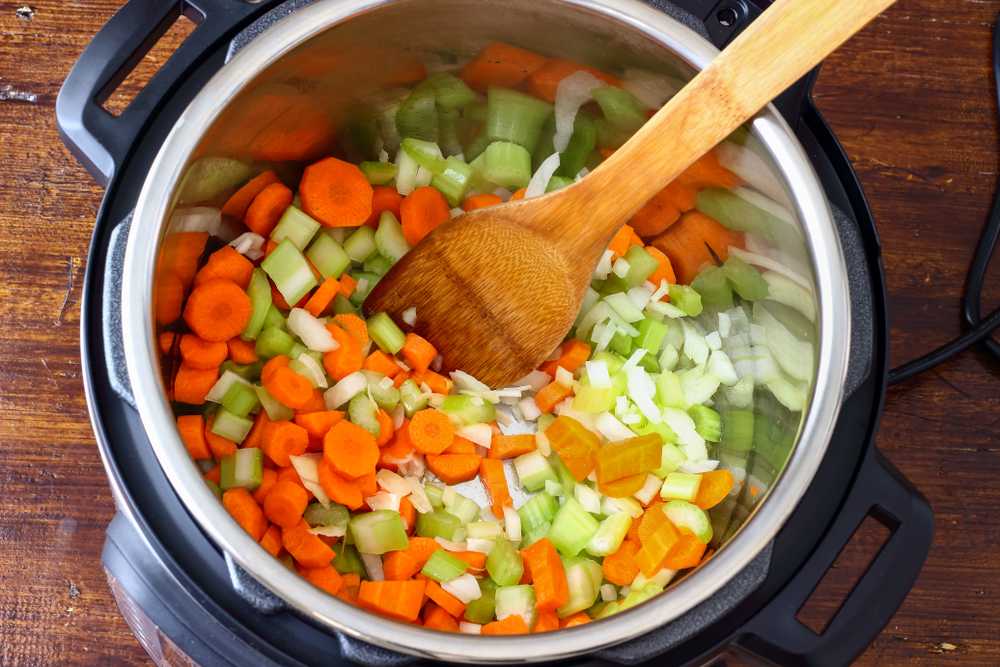 How Can we be Sure That Pressure Cooking Gets Rid of Lechtins but Not Nutrients?

One of the big changes in our collective mindset when it comes to cooking over the last few decades has been a hyper-awareness of the nutritional content of our food. Feeling like a meal has filled you up is no longer enough, and we are all keen to ensure that we’re getting our recommended daily amounts of all manner of vitamins, minerals, and other nutrients.

To that end, it’s no surprise that a great deal of research has come out which suggests that lots of traditional cooking and food-preparation methods are entirely sub-optimal in terms of maintaining the nutritional value inherent in the food in the first place. It is my understanding that all methods of food preparation will have their downsides but when compared against each other pressure cooking seems to be best at retaining nutrients, breaking up lechtins, killing bacteria, and improving taste.

That sounds like a win all around to me.

As we dive deeper into this article, we’ll take a look at the ways in which pressure cooking destroys the alternative cooking methods in regards to preserving the nutritional content of our food throughout the cooking process.

If you want to eat healthy, pressure cooking is definitely the way to go!

Even if you cook only for yourself, you can find some small pressure cookers to make cooking smaller batches easier.

Why Pressure Cooking is Better than Boiling Your Food

It’s only fairly recently that people have started to consider that it’s not just what you eat but how you prepare it that affects the overall nutritional value of a meal.

Sometimes, this distinction is incredibly obvious: everyone knows that frying an egg in fat is going to make it a less healthy option than poaching it in water, for example. But when it comes to something as seemingly harmless as boiling in plain or seasoned water, the problem is far less obvious and, therefore, far more insidious.

As SFGate’s Healthy Eating blog reports, boiling vegetables has a huge negative impact on the nutritional content that they will eventually provide you when served and eaten off the plate. Many nutrients that are found in vegetables are what’s called water-soluble. This just means that they dissolve in water. And what happens to all of that water once you’ve boiled off the nutrients? Most of the time it’s just thrown down the sink! Think of the waste! 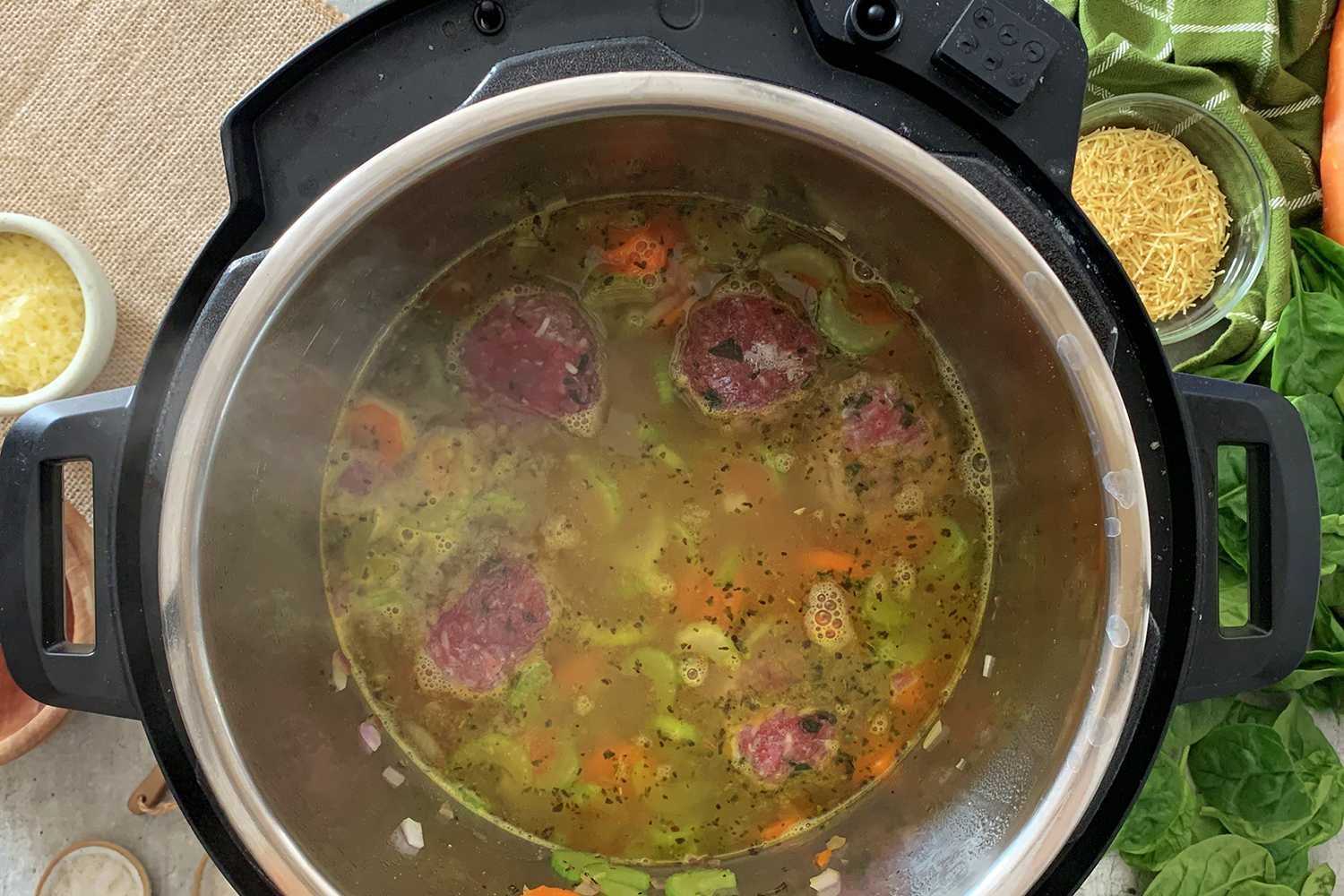 As it happens, the longer you submerge vegetables in water (boiling or otherwise, though this effect is exacerbated by the heat of the boiling process), the more nutritional content seeps out through this process of dissolving the water-soluble nutrients.

And that’s not all! As if losing all of those water-soluble nutrients wasn’t enough, there’s also a whole other sector of vitamins and minerals that are extremely sensitive to heat and will be entirely destroyed (or denatured) when exposed to that heat for an overly-long, protracted period of time.

Why the Pressure Cooker is a Healthier Way to Cook Food

As you’ll have gathered from the previous section, the two main factors which affect the nutritional value of food during the cooking process are exposure to water and prolonged exposure to heat.

Now if only there were some cooking method which minimized the amount of water used in the process, and used some other technique to cut down cooking times and heat exposure by a significant margin…

Of course! Pressure cooking does just that!

A study conducted in 2007 for the Journal of Food Science found that pressure cooking retained more than 90% of the vitamin C content of broccoli compared to 34% and 22% losses when using the more traditional methods of boiling and steaming respectively.

That’s a huge difference, and the health benefits (as well as the cost-effectiveness of getting much more nutritional bang for your buck) cannot be overstated.

The Issue of Nutrients that Leech into Water

While the problem of heat-exposure is obviously significantly reduced when it comes to the much faster technique of pressure cooking, the issue of nutrients transferring to water is slightly more complex. 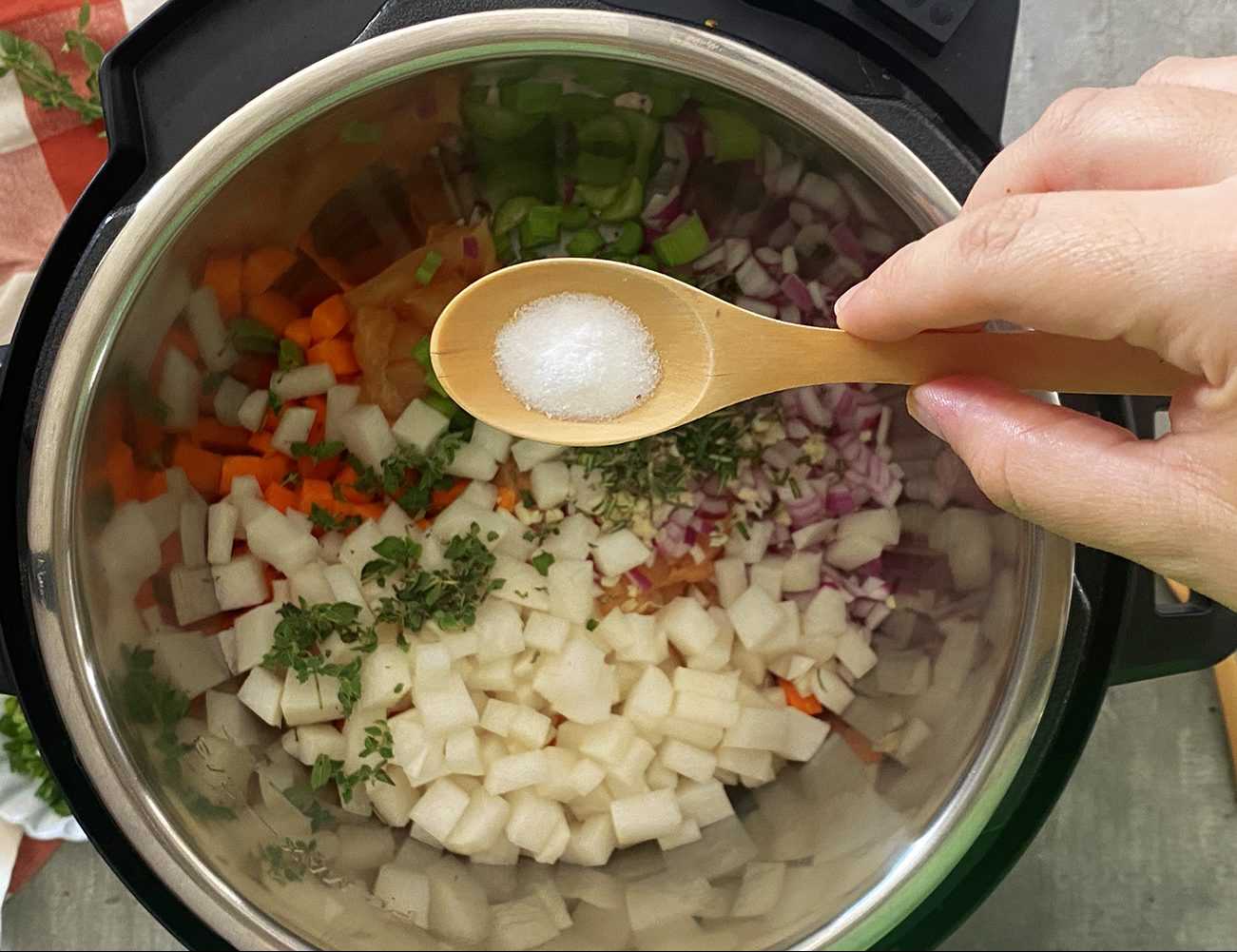 One of the great things about using a pressure cooker is that you don’t have to use nearly as much water as you would if you were cooking with a more traditional method, but this doesn’t mean that the water-soluble nutrients we talked about earlier are not still dissolved into the liquid you’re cooking in.

Although the length of time for which the food is submerged is far less in pressure cooking (and, as a result, you’ll be losing a lot less nutrients to dissolving into the water), it’s still important to consider that some quantity of that nutritional value is being lost.

It's also worth noting that because pressure cookers use so much less water than you would use while boiling that most of the water in a pressure cooker will still be consumed in the form of a sauce. You wouldn't necessarily consume a quart of sauce with a meal but you probably could consume a cup of water split between four servings. In many cases all nutrients that leech into the water inside a pressure cooker will still make it into your body, meaning you get all of the nutrients with little to none being truly lost.

All you have to do is incorporate the liquid back into the finished dish! If you’re cooking meats, use it to make a delicious, flavorsome gravy or sauce; if you’re cooking vegetables, use it as a stock to make an accompanying broth: the possibilities are endless, and you’ll, only be doing yourself and your body a flavor by boosting your nutritional intake many times over!