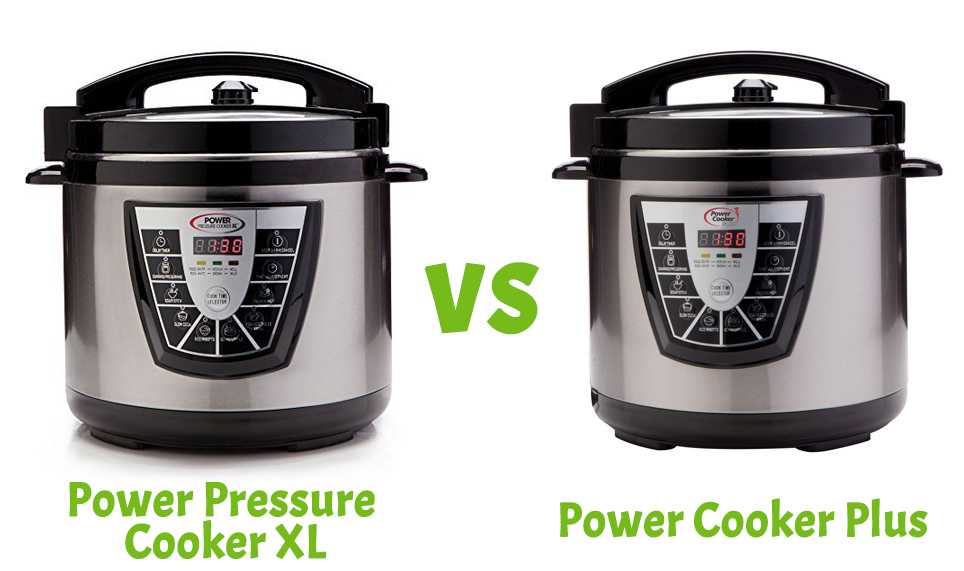 Many of you have probably played one of those games that asks you to spot the difference between two pictures with very subtle changes.

This article will be covering two pressure cookers that could be used for that same purpose.

The Power Cooker Plus is a little cheaper than then XL but the Power Pressure Cooker XL is a little bit easier to set the cooking time - the interface is easier to use. The differences however is only about ten bucks though.

To help you discern the difference between these two pressure cookers, I’ll first be going over the similarities between the two. Then I’ll explain the significant differences, and how best to proceed when deciding on which pressure cooker you should invest in.

Similarities Between the Power Pressure Cooker XL and Power Cooker Plus

As I mentioned earlier, these two pressure cookers are nearly identical in appearance. At a glance, you couldn’t tell them apart. It’s not until you look closely at their stainless-steel bodies that you would notice the only difference is the product name printed right above the display screen. 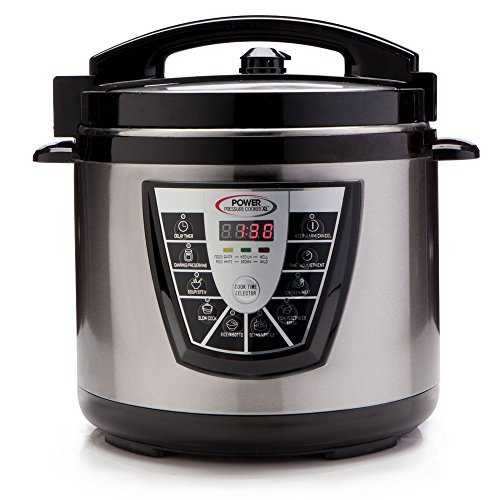 They both have the same safe lock lid with manual steam release. You will also see that both pressure cookers have a dishwasher safe Teflon coated inner pot, which is a really cool feature.

While both pots advertise the inner pot as being non-stick, customers frequently find this not to be the case. Overcooked food may be very difficult to clean off, and scrubbing removes the non-stick coating. Another shared complaint with both products is that food odors linger in the pot, and the gasket around the lid may need to be soaked for hours before the odors subside.

When it comes to features and functions they are just as alike. You will find the same cooking presets on both:

You will also find a delay timer for starting meals later, a keep warm function that the cooker will automatically activate when your meal is done, and a time adjustment button. They both also have a cook time selector which allows you to adjust the degree to which your meal is cooked; from quick, medium or well. This same button is used to select the type of rice you are cooking; between white brown and wild rice.

Differences Between the Power Pressure Cooker XL and Power Cooker Plus 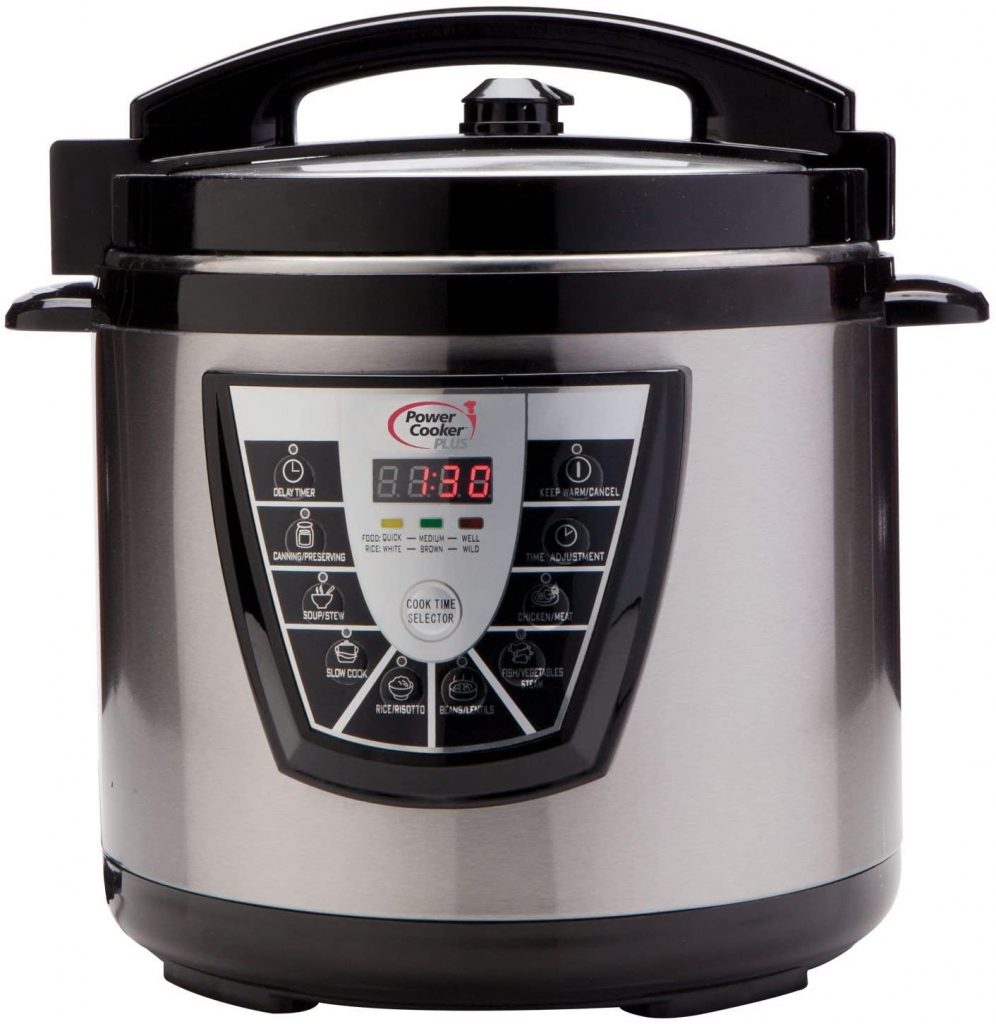 Instead of simply choosing a cooking time, the Power Pressure Cooker Plus only adds time in either 2, 4, or 10 minute increments. It also has a default cooking time of 15 minutes. If you want to adjust time for a specific recipe you will have to select the appropriate preset and then change the time while the cooker is pressurizing and before it reaches full pressure. Once it is at full cooking pressure, if the timing is incorrect you will have to start the programming process from the beginning to make changes.

Which Pressure Cooker Should You Choose? 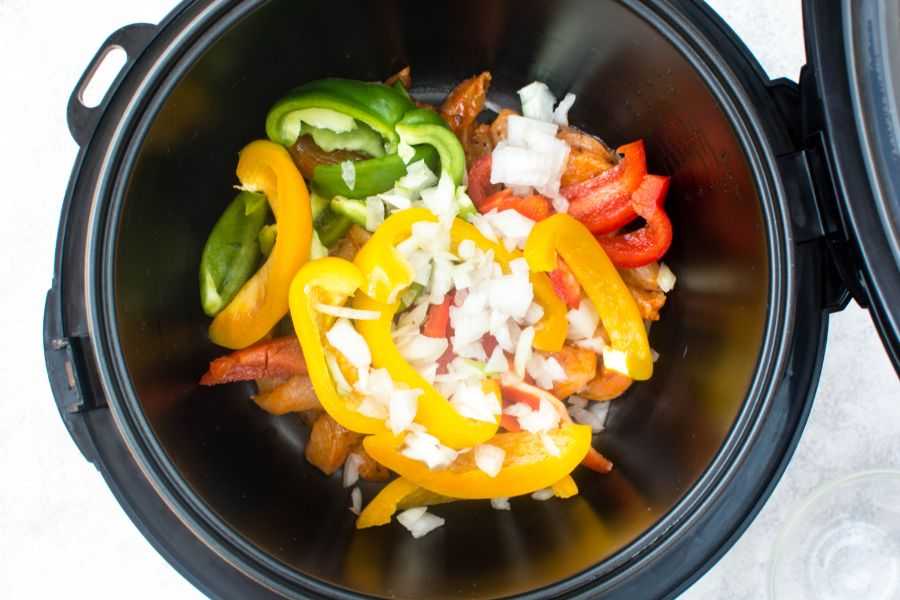 Is There a Reason Not to Buy Either Pressure Cooker?

Both pressure cookers are simple enough to operate and come with enough to presets to expand your culinary options. Is there any reason you would forgo both options? Yes, if your sole purpose in purchasing one of these pots is for the canning and preserving feature.

The manufacture of these two pressure cookers and others that offer the option of canning can advertise this option because they meet the minimum qualifications of size, capacity, and presence of a steam vent, that deems a product a canner by the FDA. However, the agencies that develop safe canning methods, the FDA and National Center for Home Food Preservation warn consumers not to use electric pressure cookers for pressure canning.

If you do decide to go ahead and use this device for canning, the manufacturer’s manual does state that it cannot be used for canning at altitudes greater than 2,000 feet above sea level.

The bottom line is if you’re looking for an 8-quart pressure cooker and don’t mind the added complications of programming, you could probably save yourself some money by purchasing the Power Pressure Cooker Plus.

If you want a pressure cooker that focuses on simplicity and want the option of either a smaller 6-quart version or larger 10-quart version, then go with the Power Pressure Cooker XL, and you can’t go wrong.