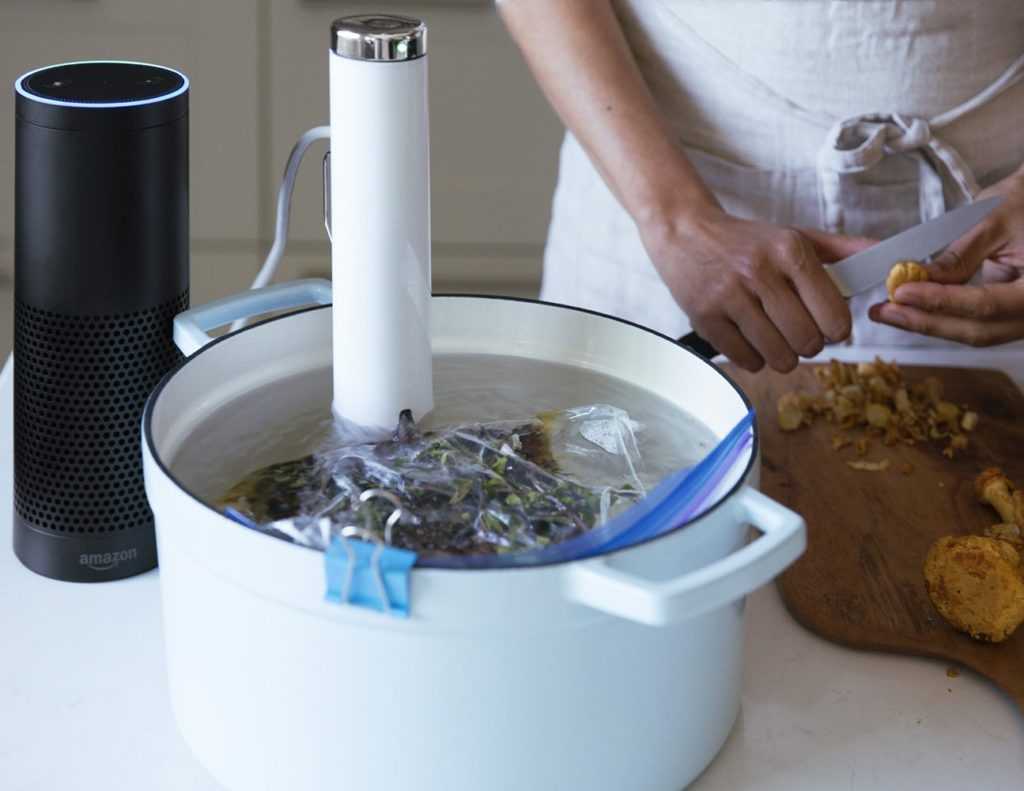 Sous vide has gained popularity because of its gourmet-style appeal. Sous vide had been a long-standing secret among top chefs around the world. But it became a staple cooking method in households when sous vide cooking equipment hit the market. With its precise temperature control, you don’t need to worry about overcooking or undercooking. You can have perfectly cooked meals that are healthy and delicious. Whether it’s steak, stew, broil, sous vide cooking can create the perfect meal.

With the popularity of sous vide method, manufacturers have come up with models and designs that will suit every homebuyer’s needs. Today, we will take a look at the difference of ChefSteps Joule Sous Vide vs Anova Precision Cooker 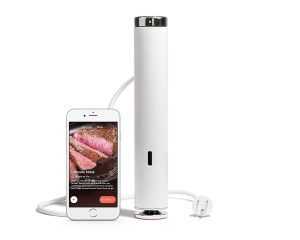 Clip: The Joule is equipped with a simple wire form clip that fits on almost any kitchen pot or container, but it also features a powerful magnet that attaches to any steel or induction-ready pot, meaning you can run the Joule clamp-free.

Display: There is no real display on the Joule, just a little light that flashes yellow when the water is heating, green when it’s ready to cook, and red if there’s a problem. You need to have a fully charged phone so you can read the instructions well via the app. There is no digital readout display on the machine itself, just led indicators.

Maximum volume: 20 liters in an open pot or container, 40 liters in a closed, insulated system such as a cooler. 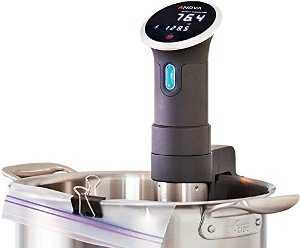 Clip: The adjustable clip on the Anova works well for any pot or plastic food container, but can be a little wobbly when attached to coolers or anything with an irregularly shaped edge.

Display: Unlike the Joule, the Anova has a digital display which tells you target temperature, current temperature, and cooking time. Though cooking times and temperatures can be set through the app, you can also manually set the temp using the little wheel on the Anova, meaning you can sous vide even if you don’t have a smartphone.

Maximum Volume: seafoodsThe Anova can heat up to 19 liters of water.

Wi-Fi: Yes, if you get the Wi-Fi enabled model. This feature allows you to control the circulator from anywhere with wireless internet. Try going out and controlling your Anova Precision cooker just by using the app, make sure you have a reliable internet connection.

In terms of hardware, the Joule Sous Vide is smaller and mightier. With that extra 300 watts, it translates into less pre-heating. In a simple test of heating water, the Joule can do the job in 10 minutes, while the Anova needs twice as much time to heat water. However, the Joule relies heavily on the app to operate. Meaning, you need your gadget to control the Joule Sous Vide. Just imagine if your phone breaks down, you might need to reinstall the app to another gadget just to use the sous vide machine.

Just like its hardware, the Joule app is sexy and sleek. Aside from allowing you to set temperature and time your recipes, the Joule has a “visual doneness” scale for most foods. Meaning, you can cook the foods depending on how you would like the cooked product to look like. Take eggs for example. You can choose how the egg whites and yolks will look after cooking. Moreover, you have an option to choose “fresh” or “frozen” for the meats. If you have a frozen steak, you can cook it directly in the Joule sous vide.

The guides are divided into “basic” and “ultimate,” but you can also search by type of food. Sadly, the app doesn’t contain every sous vide recipe ever perfected by ChefSteps. To find those, you have to go to the ChefSteps site, which makes some amount of sense, considering how often ChefSteps releases a new sous vide recipe

The Anova app comes with superb recipe and cooking guides, created by J. Kenji Lopez-Alt of Serious Eats. If you want serious cooking, these recipes are all you need. Depending on the foods you want to cook, you can choose how you want your steak to be. Rare, medium rare or well-done, there are options to choose from. The app comes with reciseafood, poultry, meats, vegetables, fruits and even pastries! You will never run out of recipes to try. With Anova’s easy-to-follow guide, gourmet cooking is just a click away.

Most homebuyers want sous vide machines so they can cook and eat steak in the comfort of their own dining table. As such, cooking a steak is one of the defining features of most sous vide cookers. Both the Joule and Anova make the perfect steak.

It is hard to choose between the two. Both can make perfect cooking and the apps are also well-equipped with guides and recipes that will make any newbie an expert cook. However, in terms of design and power, the Joule Sous Vide can easily win over the Anova.

ChefSteps Joule Sous Vide comes with a sleeker and more streamlined design that’s easy to use and does not require too much storage space. Also, it has quicker pre-heating capacity given its 300 watts additional power. However, these features come with a price. Joule sous vide is more or less a hundred dollars more than the Anova cooker.

If money is not an issue, the Joule is highly recommendable and it will be on your kitchen partner for a long time. If you are on a budget but still want to enjoy the perks and benefits of sous vide cooking, the Anova is a great choice. You will never be disappointed, especially if this is your first purchase of a sous vide machine. 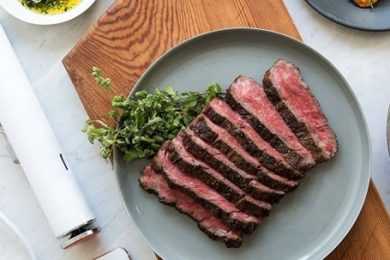 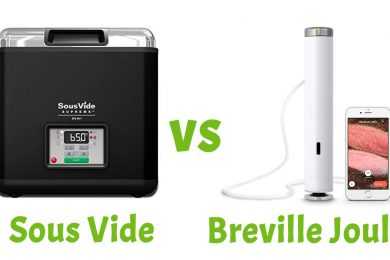 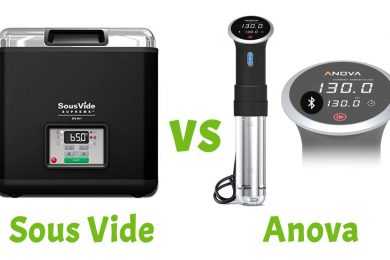 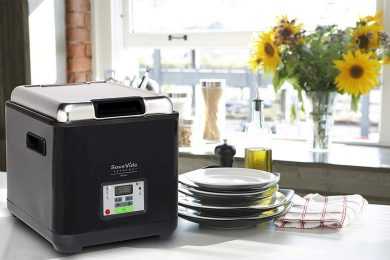 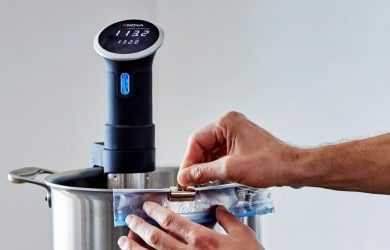 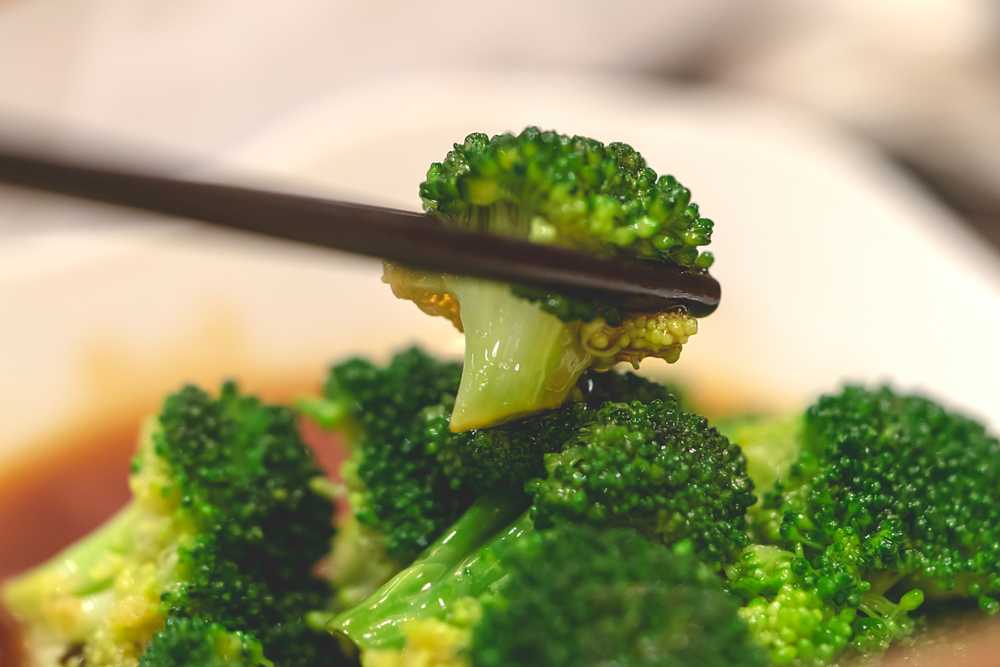 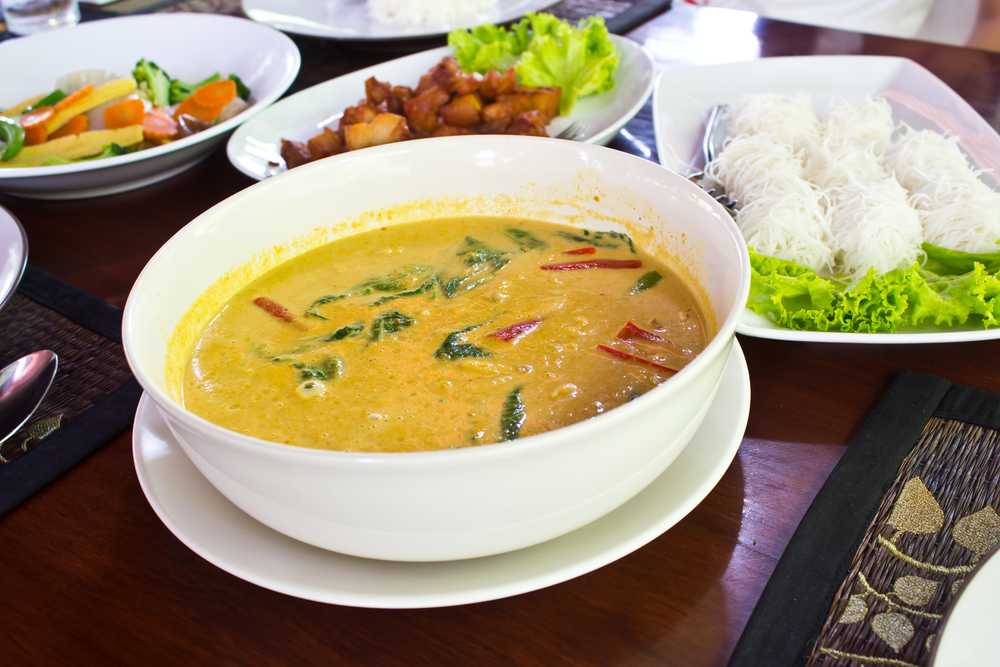 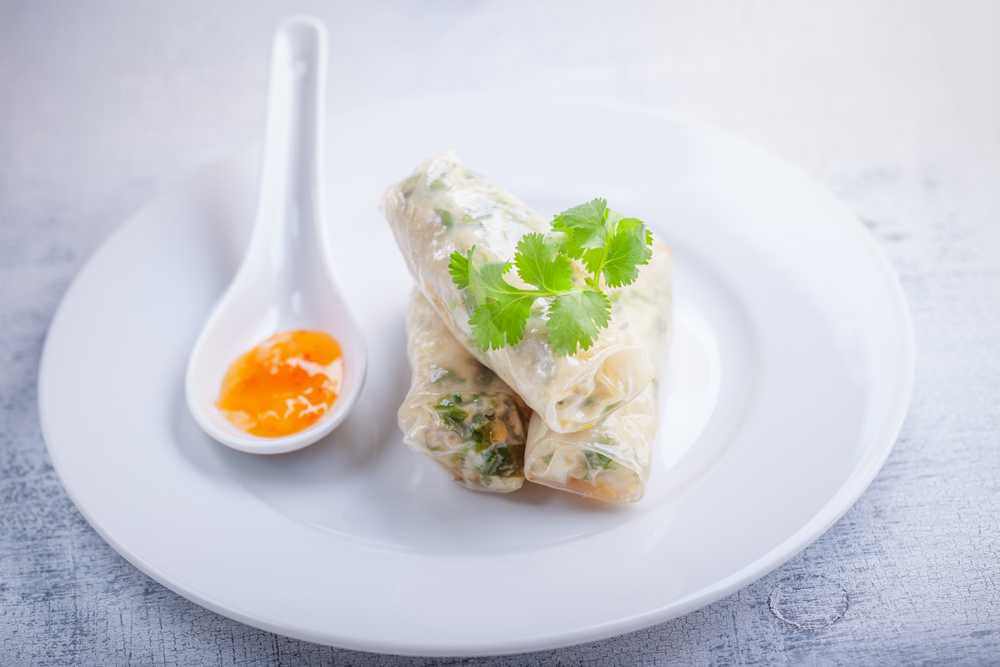 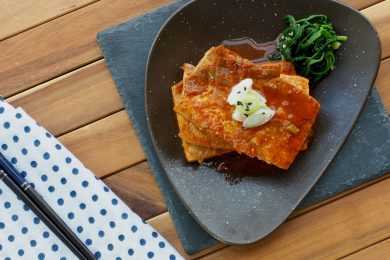 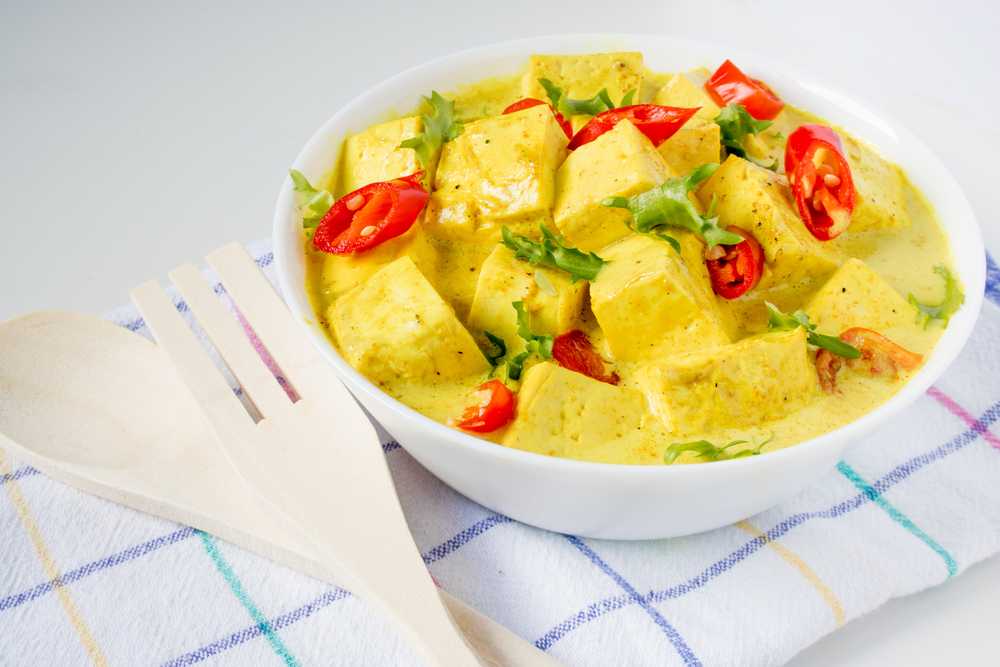 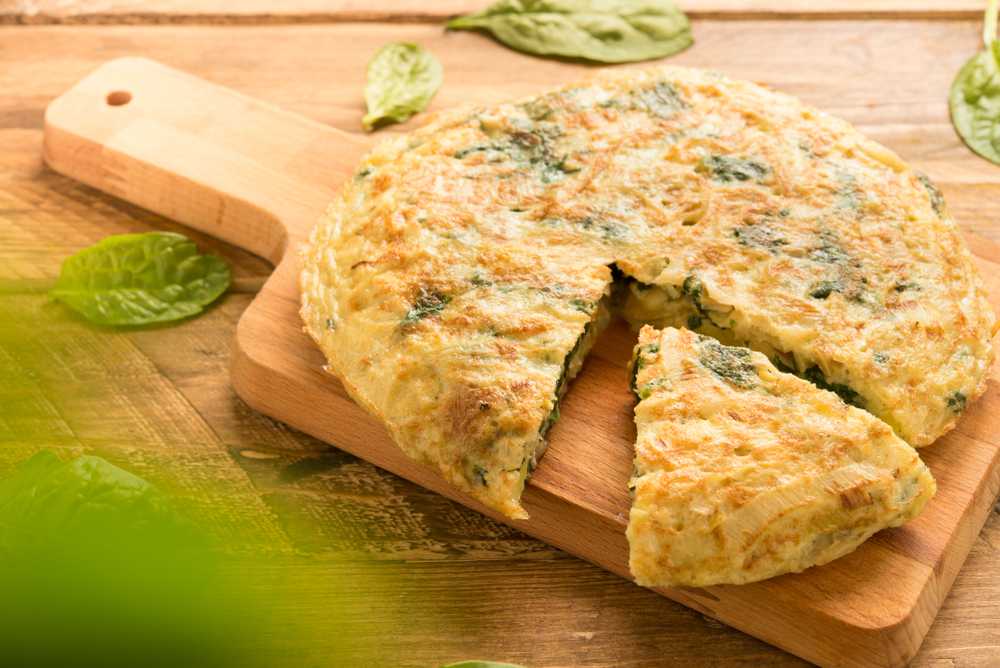