The Fagor brand released a new electric pressure cooker this year, with additions in those areas. The Fagor LUX 360 is an updated version of the older Fagor LUX model.

This article will be comparing the Fagor LUX and the Fagor LUX 360, to help you decide if the older model will suit your needs, or if it’s better to go with the updated version.

First I’ll be giving a brief overview of both pressure cookers. Then I’ll go over the key difference between the two. By the end of this article you will have all the information you need to help you make a decision between the two.

Overview of the Fagor LUX Multi-cooker 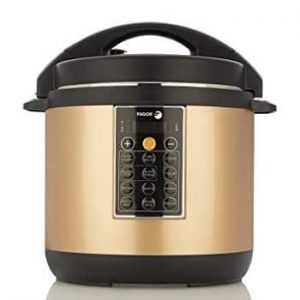 The Fagor LUX is a pressure cooker, slow cooker, rice cooker, steamer and yogurt maker. It also has the ability to brown, simmer and sauté.

With the rice cooker function you have three options; white rice, brown rice and risotto.

You can use the time delay function to delay cooking your meal for up to 6 hours, and it will automatically switch to the keep warm mode after cooking is complete.

In the area of size and aesthetics, you have several options. The Fagor LUX comes in a 4 quart, 6 quart, and 8 quart capacity. With the 6 quart and 8 quart size you have the color options of champagne, silver and copper. The 4 quart size only comes in silver or champagne.

The Fagor LUX has a non-stick ceramic cooking pot that is dishwasher safe and PFOA free. It is also marked for easy measuring.

Here is our full review of the original Fagor LUX.

Overview of the Fagor LUX 360 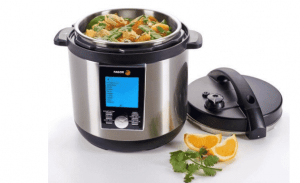 Like the original Fagor LUX, the LUX 360 also has a six hour time delay and a 12 hour keep warm function.

While the Fagor LUX 360 doesn’t have the aesthetic appeal of the striking colors of the Fagor LUX, there are some physical improvements.

The inner pot of the LUX 360 is stainless steel, also dishwasher safe, and easier to clean. Furthermore, it comes with a stainless steel trivet and steam basket.

The safety features are upgraded as well. The LUX 360 has a self locking lid, anti-overheating system, and two independent pressure control valves. These safety contingencies will make pressure cooking even more safe than with the Fagor LUX model.

The main improvements were made in the cooking options.

The Fagor LUX 360 has 33 preset recipes. You can also save three different settings combinations for each of the main cooking functions.

While both models have the functionality of a rice cooker; on top of the three rice settings of the LUX, the LUX LCD 360 also has settings for quinoa and barley.

Another one of the major improvements made was in the display. The Fagor LUX has a single line LED display that shows the countdown timer. The LUX 360 has a full color changing digital display.

The user navigates through the menu using a large turn dial. Recipes are easily set with just a few turns of the knob. The display shows icon prompts throughout the programming process, and the screen will change colors to indicate the current stage in the cooking process.

Click here to see our full review of the Fagor LUX LCD360.

Key differences between the Fagor LUX and Fagor LUX 360

Which pressure cooker is better?

As I mentioned earlier, the Fagor LUX has pretty much all of the main features you come to expect in an electric pressure cooker. It also has features that are usually found in the mid to high range pressure cookers, like the yogurt making function.

The area where the LUX 360 outshines the LUX the most is in features. The number of presets on this pressure cooker is more than most other pressure cookers on the market.

In addition to the presets, the option to store settings for the main cooking functions increases your ability to make a variety of dishes with very little effort.

Overall when comparing features, functions, and safety, the Fagor LUX 360 is clearly superior to the Fagor LUX.

Which pressure cooker should you get?

The only area where you might say the Fagor LUX has the edge over the LUX 360 is in the design aspect. Wanting a pressure cooker in one of the three striking colors that the LUX is offered in, is really the only reason to choose the LUX over the LUX 360.

If your in the market for a new pressure cooker with all of the bells and whistles, than the Fagor LUX 360 is an excellent option. 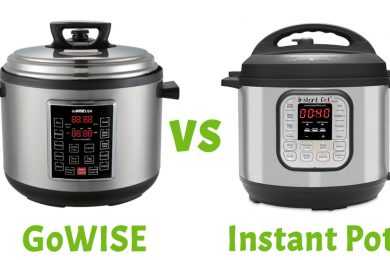 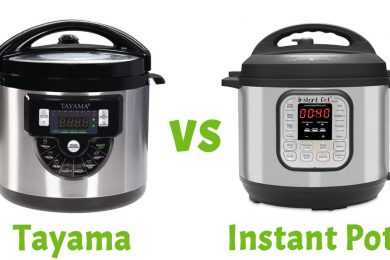 The Instant Pot VS The Tayama Electric Pressure Cooker: The Prime Differences 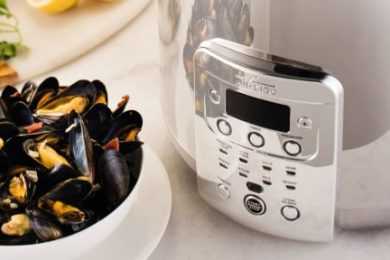 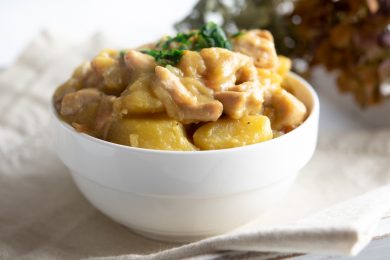 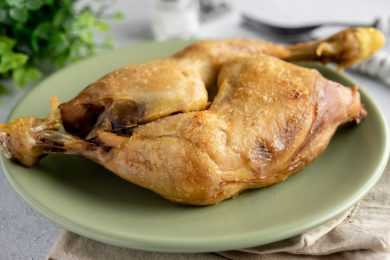 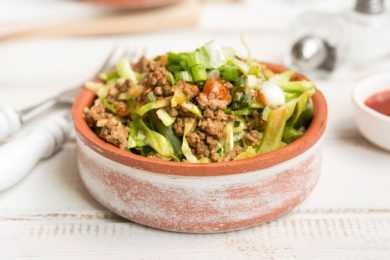