The Differences Between The Breville Fast Slow Pro and The Fagor Lux.

The Fagor Lux and the Breville Fast Slow Pro are both, without a doubt, very nice pressure cookers. Both of these pressure cookers have very similar functions, and their prices are also in the same range. So how do you know which one to buy?

The Fagor Lux comes in 3 different looks, Copper, Champagne, and Silver. The Fast Slow Pro on the on the other hand only comes in one color, Silver.

Hopefully this article will make you think a little bit more as to what you’re really looking for and how much you’re willing to spend on an appliance. The price vs. convenience of the two cookers can really make it a hard decision.

The Most Notable Differences Between these Two Pressure Cookers

Those are the most important of the differences out of the two. For most people, if you don’t see yourself trying to homebrew yogurt or leaving the cooker alone for a long time before the meal, the Fast Slow Pro is going to be what you’ll prefer. Although it is somewhat costlier, it is well worth the extra money. But if you don’t have the extra bit of cash, the Lux will be well worth it.

How The Fast Slow Pro Is Better Than The Fagor Lux 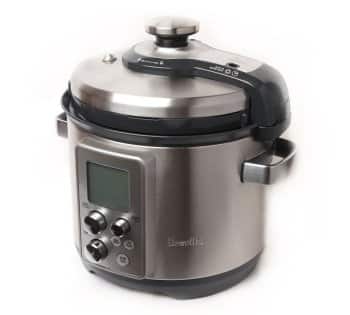 At a price point of almost $250, the Breville Fast Slow Pro is one of 3 of Breville’s slow cookers in their product line.  Potentially one of its most unique features, it boasts an interactive LCD Screen with built-in computer chips that monitor its current status and changes color based on whether the machine is pressurizing, cooking, or releasing steam. It is arguably one of the higher tech small kitchen appliances on the market.

Most reviews for this product do not list any pros and cons, so they are listed below;

Why The Fagor Lux Series Is Cheaper( And Better) Than The Fast Slow Pro. 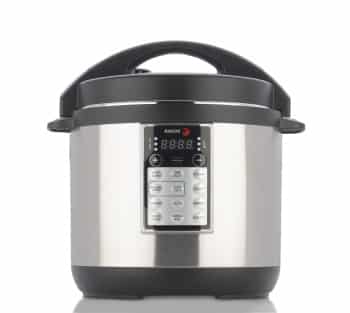 The Fagor lux series of pressure cookers comes in 6 different variants, depending on your needs;

The Lux is one of the highest quality pressure cookers on the market for its price range. it is an all-in-one multicooker with ten preset programs as well as the option for a custom setting for your favorite recipe.

It has many features that the Fast Slow Pro does not but lacks some of the conveniences that the slightly higher priced Breville Pressure cooker has. That being said, if you can overlook convenience, and are looking to save some cash, then the Lux is easily the perfect choice.

The ability to make yogurt is often the deciding factor for most consumers. Below I will go over some of the pros and cons of getting the cheaper Fagor Lux rather than the Breville pressure cooker;

So Which is the Best Value Cooker?

For the most part, if you don’t really plan on making yogurt, the Breville Fast Slow Pro is going to be the pressure cooker of choice and is, ultimately the better of the two, for this price range. But if you’re looking to save the extra money and or want to make yogurt, in most cases the Fagor Lux will suit your needs just fine.

Ultimately, the Breville Fast Slow Pro has higher value and is well worth it for any user to pay a bit extra for all the extra convenience features. However, if you need to save the extra bit of money, the Fagor Lux is Still definitely a worthwhile piece of equipment. 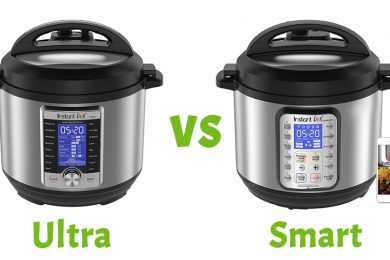 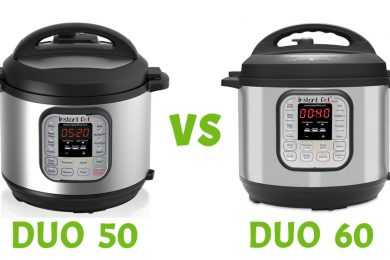 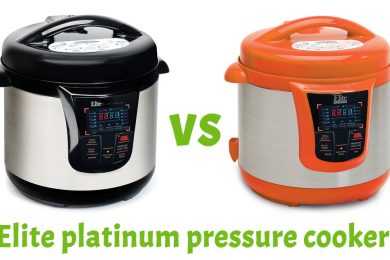 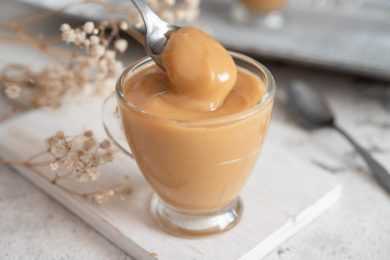 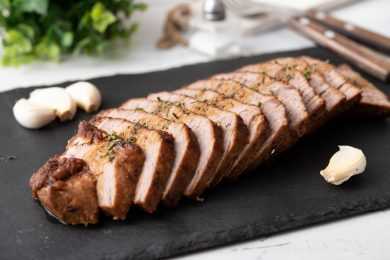