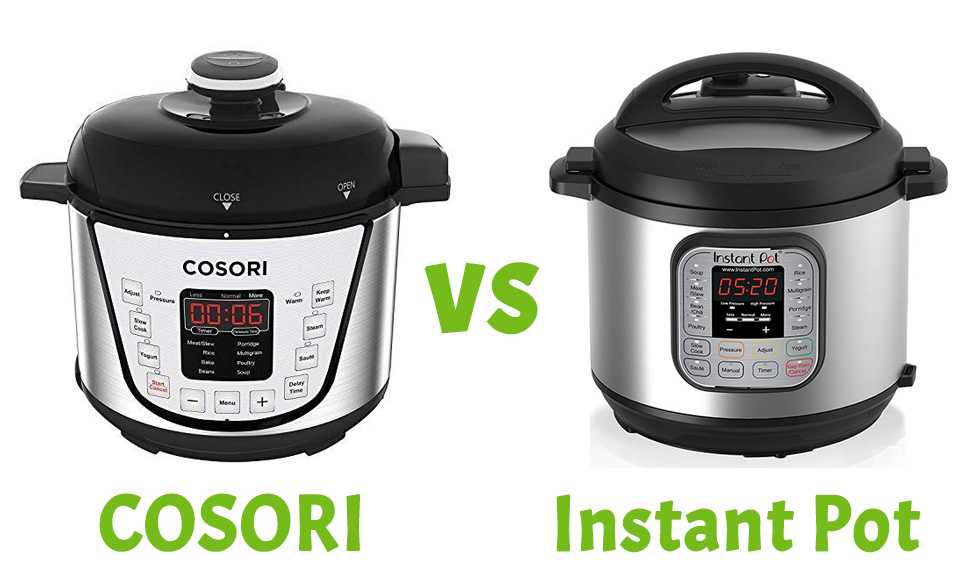 This article will be a bit longer as it is comparing to product lines as a whole rather than two specific single products.

So today we have a great comparison for you, the Cosori Pressure Cooker line and the Instant Pot product line. Both are great product lines in many ways.

From Cosori this 6-quart 7-in-1 model is probably the best selling unit in their lineup.

However, the Cosori Pressure cookers are a little less well known so it is good to take a look at some smaller names in the market and see how their products compare to the more popular names. In these lines, there are many differences, both good and bad, that a consumer should be aware of.

This article will be aimed at highlighting those differences, as well as, which series would be better to look at for which type of consumer. After reading this article, we hope you'll be more conscious of the differences in the ups and downs of a cooker and put more thought into what is worth your hard earned money.

Both of these Pressure cooker lines are great in that there is a large variety of cookers to choose from, on both end of the affordability range

We have also recently covered the Cosori Pressure cooker and created an ultimate Instant Pot guide, so you can find which Instant pot is the best for you.

So let's take a look at some of the more obvious known differences in these two lines of cookers.

Here's a short list of the main differences in these two cookers.

That is the most important differences between the cookers being compared today. A great note to add is that, for the most part, if you want homemade yogurt then the Instant Pot line is a good choice, although the Cosori cookers do have this functionality as well.

It is also worth noting that Cosori only has 4 cooker models out as of writing this article, one of which is a slow cooker, so there is not as large of a selection to choose from. Whereas the Instant Pot line has several different series of cookers that vary widely in functionality, size, and many other features.

So let's take a look at each of these lines individually and see how they compare. 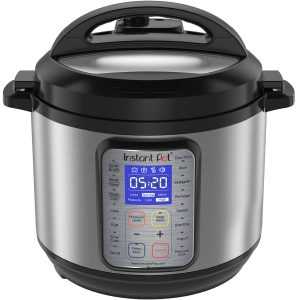 So the Instant Pot without a doubt is one of the leading producers of electric pressure cooking on the entire market. They have a wide variety of cookers to choose from that make affordability and choice a commonplace in their line.

Here is a brief list of their most popular products:

1. The Instant Pot DUO - The most popular

There are also an Instant Pot Duo Plus which give a lot of value for experienced users.

A Bluetooth compliant multifunctional electric pressure cooker that makes cooking at home simple and easy, you just put in the ingredients and the rest you can do by phone. Possibly one of the most advanced products on the market as it has its own iOS & Android app.

These cookers are great value for their pricing, lacking very few features that the Instant Pot DUO series possesses. One of the most important features that it lacks is the ability to cook yogurt. While it is still a great cooker, it lacks many things the DUO has, such as dual pressure settings for its pressure cooking mode. 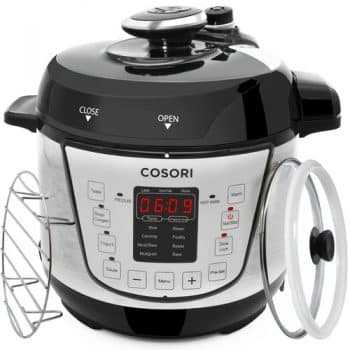 So the Cosori line is nowhere near as well known as the Instant Pot line. But it still has some value to its pressure cookers and is definitely worth taking a look at. They are still small and new compared to Instant Pot and have ways to go to prove themselves. So let's take a look at its pressure cookers, of which there are only 3 as of the time of writing.

One thing I have not mentioned to this point is that these cookers also have a yogurt maker option.

The C3120 is a miniature pressure cooker coming in at only 2 quarts. It has 7-in-1 multifunction cooking as well as the fact that it cooks about 70% faster than your average non-electric pressure cooker which in turn saves more energy because of the smaller time frame. It is designed for individual use rather than cooking for a larger family, perfect for living on your own while not wanting to plain old instant food.

This is their most popular cooker as it is a full-fledged 6-quart cooker that has 15 preset programs for quick and convenient setup. It eliminates the need to wait a long time for a meal to be done and can serve a whole family. It as well as the C3120 have an optional glass lid for your slow cooking needs.

This cooker is not much different from the C3120 cooker. It is the second iteration of the C3120 and has a volume of 6-quarts similar to the C1156 cooker. Not much to say here as the size is pretty much the only difference from the C3120 model.

While the Cosori Product line still has a long way to go in improving its cookers over time, it is still definitely something worth looking at and it is always good to support smaller companies. The Instant Pot, as it is a bigger contender, still manages to outshine the Cosori line in many ways.

One advantage Cosori has though is their 2-quart cooker. I live alone and it is nice to have the option to buy a pressure cooker that I can use for personal meals rather than having to buy a 6-quart cooker that you would have little room or use for. Freedom of choice is a great thing.

1 thought on “Cosori vs Instant Pot”